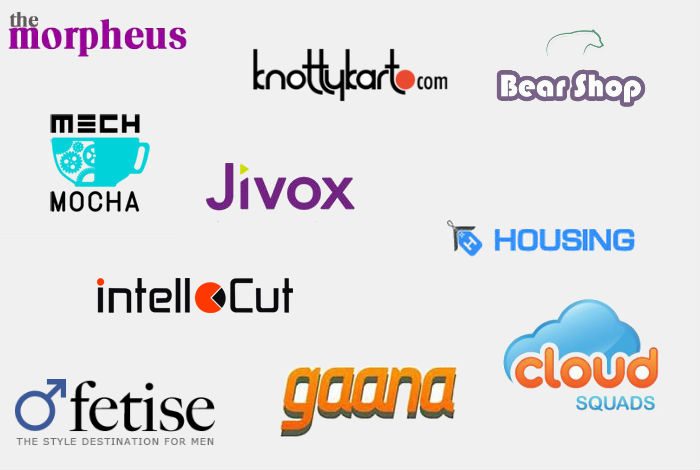 Online price comparison portal BearShop.in has recently closed down its curtains, though the reasons for the closure aren’t clear, but as per a post on the website the team has now developed a new service called – ‘Bugclipper’, which is basically a plug-and-play library designed to enhance apps. It allows companies to capture screen-shots, highlight issues and record screen activity, all with one tap.

A few other dealing in the same space include Pricebaba, Findyogi, Reviews42 etc.

Times Internet’s online music broadcasting service, Gaana.com, has acquired the independent songs portal Musicfellas.com. With the acquisition, the Musicfellas team will join Gaana.com. The acquisition will provide Gaana.com with access to independent music that will help the brand further its lead in the market.

Funded by technology accelerator and seed fund TLabs, Musicfellas.com was founded by Mayank Jain, Gaurav Shahlot and Shubhranshu Jain in mid 2012.  The website has over 700 Indie music artists across the globe.

Post acquisition, Mayank will take the role of a developer evangelist at Gaana, helping developers build similar music apps for the website.

Men’s fashion apparel ecommerce store, Fetise.com is on the verge of a shutdown due to corporate governance issues, says reports. Seedfund which had invested $5 Mn into Fetise has also written off its investment in the company.

“We discovered several integrity and governance issues—things that we have zero tolerance for. So, these factors also led to a situation where we felt that choosing to fail and move on was the best course of action,” said Mahesh Murthy, Managing Partner of Seedfund.

Though when we checked the website, it was still up but some of the products were ‘out of stock’.

Morpheus, One of the oldest startup accelerator is shutting down, reported Economic Times couple of days ago. But, as the Morpheus team clarifies it in a blog post, Morpheus is not going anywhere, it is just transforming in a new “avtar”.

The Morpheus gang, as they are famously know as, is only widening its focus, becoming more radical with its evolution.  According to the report, the accelerator will now focus on to companies in the next stages, 2-5 years / 5-10 years & across other categories in comparison to past where they focused on early stage startups.

Also, earlier the accelerator took batches for 4 months and provides INR 5 lakh of financial support. This will no more be the case. Morpheus will involve with the startups when both are mutually ready be it any time of the year.

So in short, one of the oldest accelerator in Indian startup ecosystem is not going anywhere and well that’s a happy news.

The city of joy is about to become happier! http://t.co/n0SO8We7hR launches today in Kolkata! http://t.co/0aih4HEwtn

Launched in 2012 by a group of around 12 IIT Mumbai Alumni, Housing is had raised funding three times this last year including a USD 2.5 Mn Series A funding round led by Nexus Venture Partners. The company had also bought Housing.com domain name and a premium number for USD 1 Mn.

Recently, the company has also launched a Housing iPad app and with this, it has also revamped its iPhones and Android app.

Noida based ecommerce store, Knottykart will be raising over Rs 3 Cr in angel funding led by Delhi-based financial institution. The funding will split into 3 tranches of Rs 1 crore each, the firm has closed first tranche of the funding and expects to receive the rest in the next 4-6 months.

Knottykart is founded by former Yebhi employees Mayank Kumar and Sonika Gahlot and has started operation in November last year. The store is currently testing the location based ecommerce model in Delhi and the NCR region.

Multi-screen interactive advertising technology company, Jivox has recently raised $5.8 Mn in Series C funding. The funding round was led by Fortisure Ventures with participation by Shah Capital and existing investors Diaz Nesamoney, Opus Capital and Helion Advisors. The company plans to use this round of investment to expand sales and marketing and invest in its flagship product – Jivox IQ.

The Jivox IQ Platform enables digital agencies and publishers to produce and deliver engaging ads that are multi-screen and data-driven. By using it ads can be easily authored and served in-stream, in-banner and on smartphones and tablet devices featuring video, rich media, dynamic content, customizable widgets and social sharing.

It was founded in 2009, by Ashish Seth and Henry Bruckstein and helps clients use social media to collaborate with their customers, partners and employees. It has created social communities for over 70 global companies.

Ahmedabad-based, mobile games development startup – Mech Mocha Game Studios Pvt Ltd, has raised an undisclosed amount in funding from IIM-A’s tech incubator CIIE and a group of angel investors. It plans to use the raised capital to scale up its team, develop and launch products and also move to overseas markets.

Material planning and optimization solution provider for sewn products, intelloCut has raised $200k in seed funding led by Blume Ventures and angel investors including Rajan Anandan. The funds raised will be used for global expansion and marketing.

“In an industry that is as competitive as garment manufacturing, they’ve developed software and algorithms that are saving 3-7% across pilots and their initial customers. This can be a huge boost for efficiency in this sector and we have some great co-investors who can guide this team to the next level,” said Kartik Redyy, Managing Partner, Blume.

intelloCut not only saves fabric, but drastically reduces the time and labor required for order planning and fabric consumption. It automatically creates a cut order from input data, suggests grouping, allocates rolls and plans remnants, by reducing number of plies, markers, bodies-cut and end-bit wastage.

It was launched in 2012 and has offices in Bangalore and Delhi.