Nazara Technologies posted a consolidated profit of INR 5.3 Cr in the Q1 of FY 22

Nazara recorded a total consolidated expenditure of INR 114.5 Cr, slightly higher than the INR 113 Cr spent in Q1 of FY21 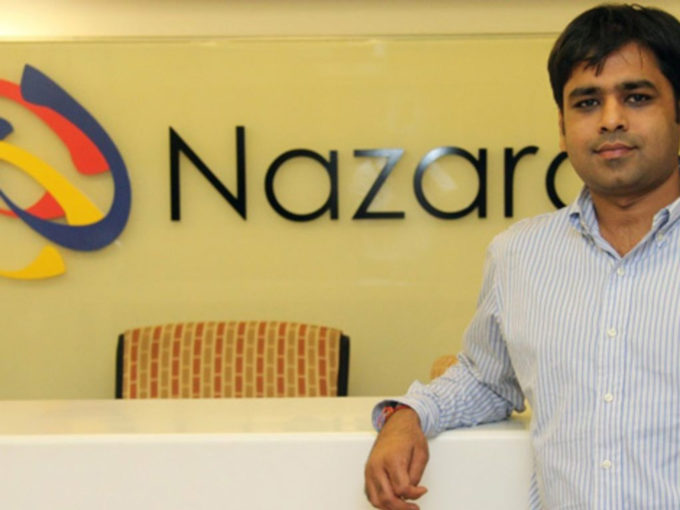 Mumbai-based gaming company Nazara Technologies posted a consolidated net profit (attributable to owners of the company) of INR 5.3 Cr in the first quarter of financial year 2022 (FY22), a sharp improvement from the INR 27.9 Cr loss it posted in the corresponding period of the previous fiscal. The company’s revenue from operations grew 45% to INR 131.2 Cr in the quarter ended June, from INR 90.5 Cr in the same quarter last year.

The company registered an EBITDA (earnings before interest, taxes, depreciation, and amortisation) margin of 23% in the first quarter of FY22, whereas it was in the negative territory in the corresponding period of FY21. While EBITDA stood at INR 30.1 Cr in the quarter ending June this year, it was minus (-) INR 13.4 Cr in the June quarter of FY21. EBITDA is considered a key measure to look at the company’s overall financial performance.

Although the Esport and edtech segments grew 100% and 46%, respectively, in the first quarter of FY21 on a year-on-year basis, the company said that the revenue growth of various segments were not comparable to the corresponding period of previous year as employee benefit expenses were re-allocated among them after FY21.

Nazara recorded a total consolidated expenditure of INR 114.5 Cr in the quarter ending June, slightly higher than the INR 113 Cr spent in the comparable period of FY21.

Commenting on the performance, Manish Agarwal, group CEO, said “The Q1 FY22 results revenue growth and especially enhanced ebitda margins demonstrate intrinsic strength & profitability of the underlying businesses across all of three growth segments. However, we will continue to prioritise strategic growth over margin optimization to ensure that we continue to achieve and maintain leadership in segments we operate. Nazara continues to see strong consumer and partner interest across each of our segments and business KPIs across segments continue to remain healthy in this quarter which will further help in reinforcing the leadership position of the Company across esports, gamified learning and cricket simulation mobile game.”

Nazara has signed a binding term sheet with Arrakis Tanitim Organizasyon Pazarlama San. Tic. Ltd, a full-service games marketing and publishing agency which works extensively with gaming publishers in Turkey and MENA region. The Indian gaming company will acquire a 69.82% stake in Arrakis Tanitim for INR 20 Cr through primary and secondary transactions.

Nazara went public in March this year. The company’s INR 581 Cr initial public offering was received well as it was oversubscribed 175 times — and listed at INR 1,670.70 which was at a premium of 80% to the issue price. The company’s shares were trading at INR 1,852.00 when the day’s trading closed on Friday (July 30) .

Nazara Technologies was started by Mittersain in 2000 and is India’s diversified gaming and sports media platform. The company has a presence in India and across emerging and developed global markets such as Africa and North America, with offerings across the interactive gaming, esports and gamified early learning ecosystems. Halaplay, Sportskeeda, Nodwin, Paper Boat Apps, Sports Unity, are among few of the subsidiaries of Nazara Technologies.