Post-acquisition, POPxo will continue to be an independent entity, while POPxo founder Priyanka Gill will join MyGlamm as a cofounder

POPxo investors Chiratae, Kalaari and Neoplux Venture will be investing in MyGlamm, the companies said 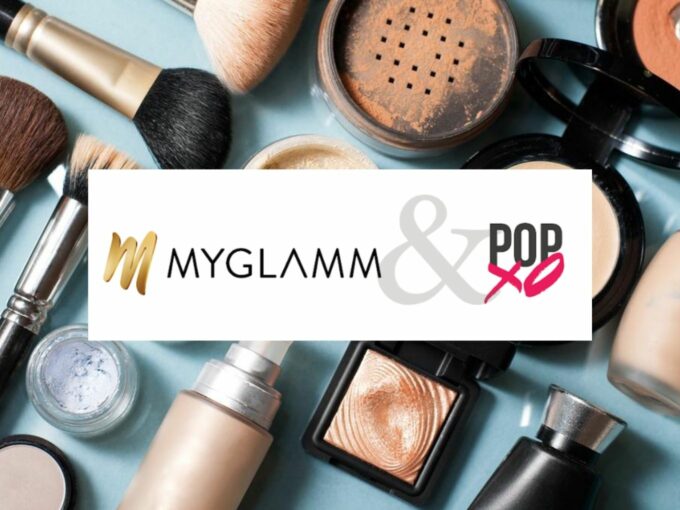 Content and ecommerce often go hand-in-hand for niche verticals and as seen in the Inc42 Playbook on the direct-to-consumer (D2C) segment, this is a key ingredient in the marketing strategy for brands. Looking to create a niche for itself in the beauty and personal care segment through content and community, Mumbai-based direct-to-consumer (D2C) brand MyGlamm has acquired Delhi-based women-focused digital media and ecommerce platform POPxo for an undisclosed amount.

Darpan Sanghvi of MyGlamm told Inc42 that this is a 100% acquisition, but POPxo will remain an independent entity and continue to operate as it is. With this acquisition, POPxo CEO and founder Priyanka Gill will be joining MyGlamm as a cofounder.

Why MyGlamm Is Acquiring POPxo

Together MyGlamm and POPxo claim to have a community of nearly 50 Mn customers, primarily women. While MyGlamm makes and sells beauty products across makeup, skincare and personal care, POPxo has built a steady audience for content consumption and claims to have a network of 75K influencers on its marketing platform Plixxo. The companies believe that both businesses will blend well to create a strong women-focused platform equipped with the 3Cs — content, community and commerce. 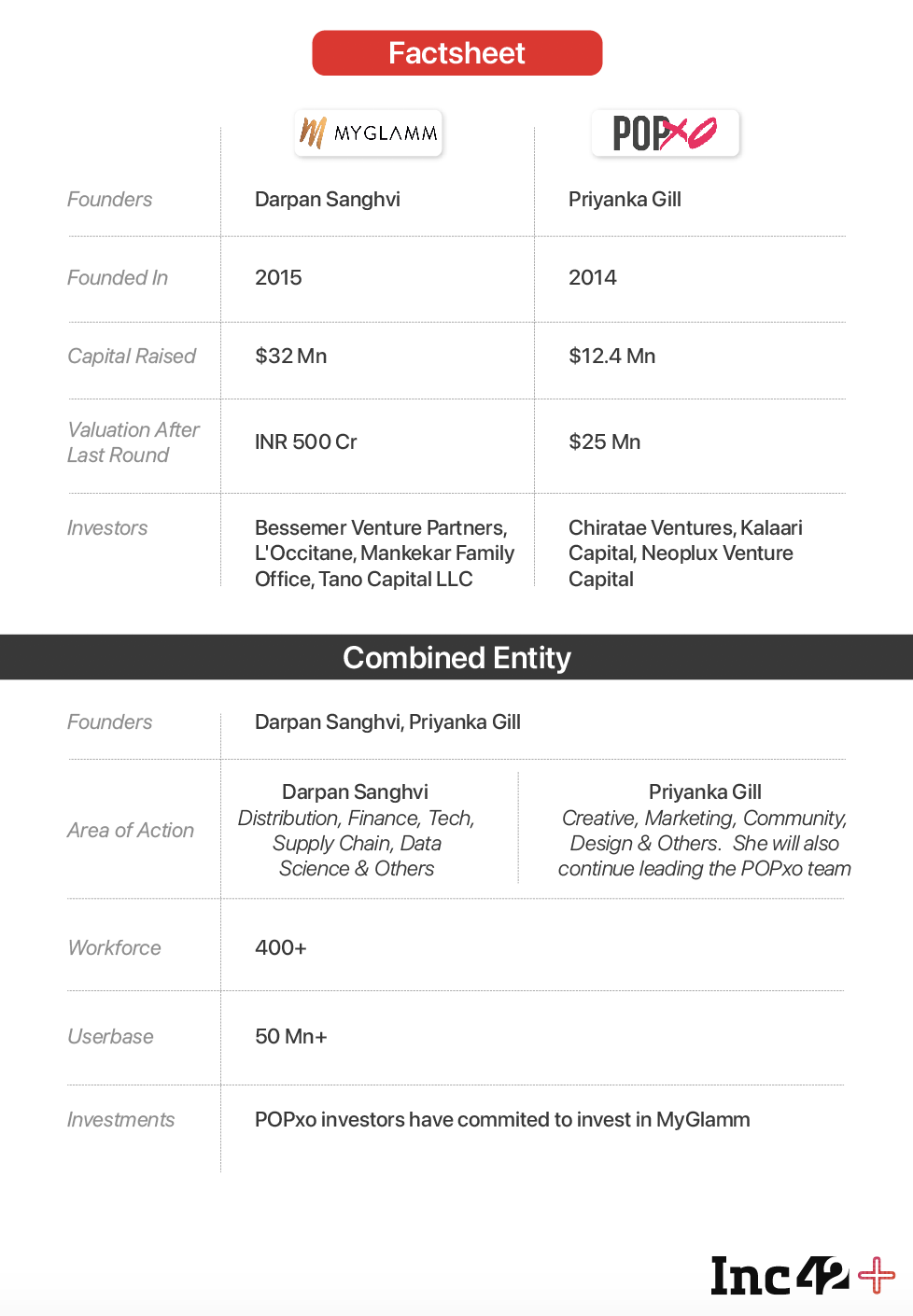 In a conversation with Inc42, MyGlamm’s Sanghvi and POPxo’s Gill explained that the acquisition will help them combine their forces to become a much stronger women-focused platform beauty platforms that create a much pleasant and stronger journey for online customers.

Sanghvi further explained that a key part of being a D2C brand is to continue to engage with the customer and not just transactionally. Therefore, the company has been trying to boost engagement essentially by leveraging content and building a community, which is then used for ecommerce.

POPxo had also launched an ecommerce platform to sell private label merchandise in 2018, but it has been unable to make a big mark in this sector. Gill noted that the deal will also help the company expand the ecommerce vertical with MyGlamm and Sanghvi’s understanding of the business.

POPxo was founded in 2014 by Priyanka Gill, whose first brush with digital media happened with launching eStylista in the UK. She was joined by Namrata Bostrom (who left the company in March 2017) in founding POPxo – an English and Hindi language platform (app+desktop) for women in the ages of 18-35 to connect over issues related to fashion, entertainment, relationships, lifestyle. It has raised nearly $12.4 Mn across 7 funding rounds.

It had last raised $5.5 Mn (INR 37 Cr) in Series C round led by Neoplux and  OPPO. IDG Ventures India, Kalaari Capital, GREE Ventures (Japan) and Summit Media also participated in the round.

POPxo currently claims to have nearly 43 Mn monthly active users (MAU) across all platforms. Every month, the team creates over 1500 stories, 80 videos resulting in users spending over 3 Mn hours consuming POPxo content. MyGlamm’s founder and CEO Sanghvi also boasted that POPxo videos get nearly 100 Mn viewers every month which will help a D2C brand like theirs get organic traction.

MyGlamm was launched in 2015 as a marketplaces for cosmetics but later expanded its offering to include skin and personal care products. The brand has over 2000 points of sale (PoS) and 300 retail outlets across 50 cities in India, along with nearly 600 stock keeping units (SKUs). The company claims to have grown over 400% in the past 12 months to record an annualised revenue of INR 140 Cr in FY20. The company has not filed its financial report with the ministry of corporate affairs yet.

Sanghvi claimed that POPxo’s challenges when it came to ecommerce included logistics, supply chain and more, which MyGlamm will hope to fix. POPxo is said to have been getting 10K orders per month organically, but this could not be independently verified by Inc42.

While MyGlamm’s Sanghvi believes that the company has been doing well in engagement during the ecommerce journey and post-purchase through content, but lacked when it came to getting women to discover their brand. The POPxo acquisition will help MyGlamm reach its target audience using content and turn them into meaningful customers. Sanghvi also claimed that this acquisition would help MyGlamm save up on nearly $4 Mn to $5 Mn in market costs annually.