Movers And Shakers Of The Week [November 9-November 14]

Movers And Shakers Of The Week [November 9-November 14]

Signzy has appointed Arun Rajkumar as its vice president of Technology 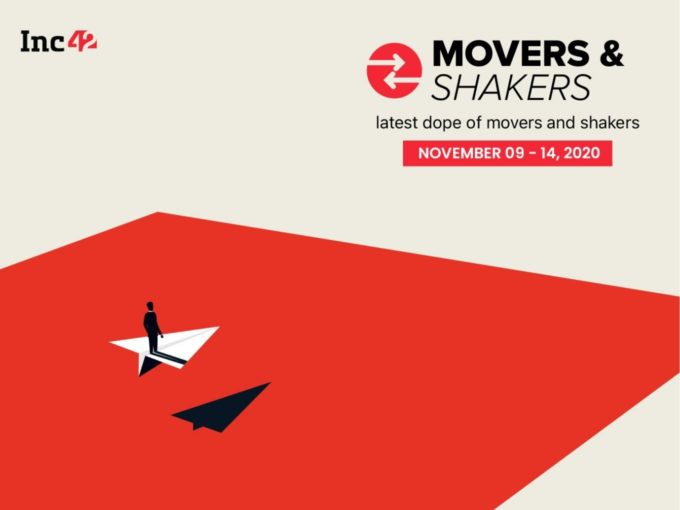 PUBG Corporation, the South Korea-based parent of the popular battle royale video game PlayerUnknown’s Battlegrounds (PUBG) is set to make its comeback in India as it announced that it would launch it very soon to specifically cater to the needs of Indian players. However, it did not share specific details about the release.

The new game will strengthen data security for its players and adhere to the local regulations, the company said.

As part of its India push, South Korea’s Krafton, Inc, of which PUBG is a subsidiary, said it is planning to make investments worth $100 Mn in India.

Meanwhile, ByteDance is planning to revoke the ban on its short video app TikTok. The China-based company is currently trying to loop in partner firms for legal, policy, advocacy and communication functions in India.

The company is positive that the resolution with the US administration will come through the Walmart Oracle deal, under which these global tech giants will buy around 20% of TikTok Global’s businesses.

ShareChat has appointed former Product Leader at Uber, Gaurav Mishra as SVP- Product, who spearheaded Uber AI, Data, and Marketplace Platforms at Uber. In his new role, Gaurav will oversee the product development at multiple levels for ShareChat and its short video platform, Moj and, focus on growing a high-performing product team with expertise in consumer product and ML/AI. Gaurav co-founded Guruji.com, a search engine in regional language that was built for India which was later acquired by Flipkart.

Mitron TV has expanded its leadership team by hiring former Bytedance executive Shyamanga Barooah as head of content strategy and senior journalist Biswarup Gooptu who has spent 10 years at the Economic Times joins as Head of Partnerships & Policy.

Biswarup will focus on driving public policy for the company and building government alliances and Shyamanga will be responsible for developing and optimising a tailored content strategy.

Barooah comes with over 20 years of experience in journalism, content creation and management. Previously, he was the Content Operation Head of Helo and Chief Editor of News Republic, which is part of ByteDance Inc, the parent company of TikTok. Shyamanga has also worked for global firms like Cheetah Mobile and media houses like India Today, Times Internet and Hindustan Times.

Signzy has appointed Arun Rajkumar as its vice president of Technology. Rajkumar comes with over 13 years of global experience in providing strategic guidance for technological initiatives and development efforts across Insurance, Banking, and Retail domains.

In his new role, he will lead new technology research and development (R&D) efforts at Signzy, primarily focusing on Artificial Intelligence (AI) and Computer Vision (CV) technologies. Arun will be based in Bangalore.

Prior to Signzy, Arun was Vice President of Technology at Wooqer and CTO at TechJini.

Correction Note: We have previously used the wrong image of Arun Rajkumar in the article before. The same has been corrected.