Movers And Shakers Of The Week [December 21-December 26]

Movers And Shakers Of The Week [December 21-December 26]

Livspace has roped in Saurabh Agarwal as their chief financial officer 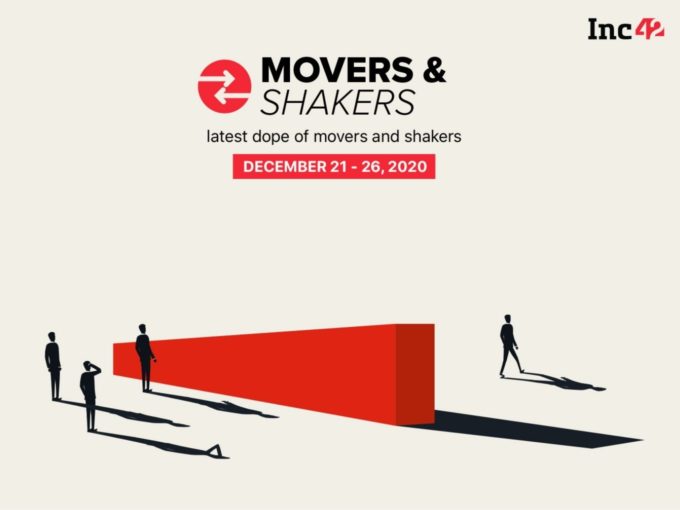 The night curfews in Maharashtra and Karnataka have added more woes to the lives of cab drivers who had already suffered so much during the pandemic and have been protesting for the fall in wages and the commission charged by these companies on the fare for each ride.

The Karnataka government has brought out guidelines stating that the movement of taxis and auto-rickshaws would be allowed only for picking up and dropping passengers from transit points like bus stations, train stations and airports.

Meanwhile, the disappointed cab drivers unions in the southern state have said that this would hurt driver income in a year that has been worse for cab aggregators and their driver partners.

The company has also onboarded Trupti Mukker, the former global business head for banking & Wipro, who has joined as head of the customer experience. Besides this, Balaji Ramanujam, will come on as the head of curriculum and learning experience, while Vishnu Dutt Sharma, former CEO of Vidya Mandir Classes as head of global business.

Mukherjee has worked for organisations like Samsung, Boston Consulting Group and First American, while Goswami was previously leading marketing at InMobi, for the marketing cloud business.

Home design startup Livspace has roped in Saurabh Agarwal as their chief financial officer. With over 18 years of professional experience across various domains of finance, Agarwal started his career with Aditya Birla Sun Life Insurance serving in a variety of finance leadership roles. Prior to Livspace, Agarwal was one of the founding members of epharmacy Medlife, which merged with Pharmeasy earlier this year.

D2C tea brand Vahdam India has appointed former entrepreneur Ketan Desai as its chief tea educator and sustainability officer. With the experience of over 25 years, Desia had previously launched multiple tea ventures in the past, besides being a tea taster. He had founded TeaAuction.com and launched a range of tea boutiques by the name of CHAand also recently co-founded a sports apparel company called DFY.