From search engine algorithms to data privacy policy changes, the company has highlighted a host of internal business risk factors 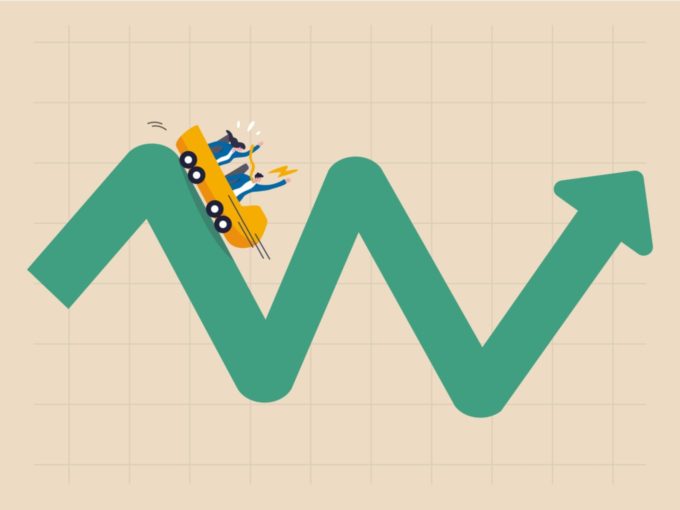 Online payments firm MobiKwik has filed its draft red herring prospectus (DRHP) for an initial public offering (IPO) of upto INR 1,900 Cr with the Securities and Exchanges Board of India (SEBI). The IPO includes new shares worth INR 1,500 Cr and secondary shares worth INR 400 Cr which the existing investors can sell.

Founded in 2009 by Bipin Preet Singh and Upasana Taku, Gurugram-based MobiKwik was last valued at $700 Mn after it raised $20 Mn (INR 150 Cr) in June this year from Abu Dhabi Investment Authority (ADIA).

At present, the company has over 101.37 Mn registered users and more than 3.44 Mn online, offline and biller merchant partners. The company claims that since 2018 it has pre-approved over 15 Mn users for its digital credit cards. However the company has been in the eye of a storm due to its recent data leak incident. For listed tech companies, their ability to maintain data integrity and safety are a huge risk factor to valuation.

Here’s a look at the top internal risk factors to operations and business that MobiKwik has listed in its DRHP:

MobiKwik has noted that the pandemic has caused, and will likely continue to cause severe disruptions to business activity. “If measures taken by governments fail to contain the virus or if vaccinations are not administered as planned, and there is a resurgence of the virus or a variant of the virus that causes a rapid increase in cases and deaths, a significant economic disruption may be caused in India and the rest of the world, and adversely affect our business, prospects and operating and financial performance,” said the DRHP.

The pandemic  impacted the financial viability and operations as well as increased the risk of insolvency of merchants in certain business verticals, such as travel, fashion and ride-sharing, impacting the revenue generated from such business verticals. However, the same case applies to other fintech majors like Paytm which is also filing its DRHP soon.

The company stated that the operating restrictions/ lockdowns imposed due to the Covid-19 pandemic affected the onboarding of offline users and retail merchants since transactions at physical merchant stores significantly reduced. “If we are not able to continue to grow or retain our base of users or merchants, generate repeat use and increase transaction volume, the value of our network may be diminished.”

Moreover, the Government of India has made it mandatory for businesses with turnover of INR 500 Cr or more to mandatorily provide payment facilities, such as, Rupay debit card, BHIM- UPI QR Code and UPI QR, and removed merchant fees on payments through UPI and Rupay cards as well as for transactions below INR 2,000 on debit cards. “As a result of such regulatory intervention, increased competition and new forms of payments/ payment mechanism, certain of our merchants have renegotiated a lower merchant fee, which could result in reduced margins that would have a material and adverse effect on our business, financial condition and results of operations,” noted MobiKwik.

It also stated that cross-selling fintech solutions is a major part of the business strategy.

“Unauthorized third parties have attempted, and we expect will continue to attempt, to gain access to our platform and operating systems through various means, including, hacking into our systems or those of our users, merchants, or business partners, and attempting to fraudulently induce users of our platform (including employees, users and merchants) into disclosing confidential data such as user names, passwords, payment card and other sensitive information,” stated MobiKwik.

In March, it was reported that a data breach had impacted over 100 Mn of Mobikwik’s users which the company denied initially.

The company stated that it had conducted an enquiry of the March 2021 data breach with an independent digital forensic audit expert to conduct an audit. The forensic audit expert subsequently reported that based on the analysis of logs/ data provided to them, there was “no unauthorised access” during the review period. The report however found“certain limitations” in the existing systems.

“Increased investments made, lower prices or innovative products and services offered by our competitors may require us to divert significant managerial, financial and human resources in order to remain competitive, and ultimately may reduce our market share and negatively impact the revenues growth and profitability of our business. Our competitors may also make acquisitions or establish cooperative or other strategic relationships among themselves or with others, including merchants,” the company stated.

It also stated that it faces increased competition in consumer payments due to UPI. Similarly it stated that increased competition in the BNPL market may result in over-leveraging of users and could lead to an increase in default rates in the future, resulting in adversely affecting the business, financial condition, results of operations and prospects of BNPL players.

Fintech startups in India comprise the most heavily funded sector and are therefore fiercely competitive when it comes to building their user base.

MobiKwik has reported losses worth INR 147.97 Cr, INR 99.92 Cr and INR 111.30 Cr in FY19, FY20 and FY21, respectively. It states that losses have historically resulted primarily from the substantial investments required to grow the business and user acquisition costs.

“We expect that these costs and investments will continue to increase as we continue to grow our business…In addition, we intend to invest in maintaining our high level of user and merchant service and support, which we consider critical to our continued success,” it stated.

In recent years, there has been a significant increase in the use of social media platforms in India, including blogs, social media websites and applications, and other forms of internet-based communications which lets people post without filters or checks on accuracy of the content posted, it stated.

“The dissemination of inaccurate information online could harm our business, reputation, prospects, financial condition and operating results, regardless of the information’s accuracy.”

MobiKwik’s BNPL product provides credit to users which they can use for making purchases using the MobiKwik Wallet and repay the same credit within 15 days up to 18 months depending on the type of BNPL product and ticket size of purchase. MobiKwik has partnered with five lending institutions, namely, IDFC FIRST BANK, InCred, Fullerton India Credit Company Limited, DMI and Faircent.com to underwrite its BNPL lending products. Failure to maintain the relationships will impact the credit product, it stated.

The company also stated that its credit collection efforts were impacted by the pandemic. It further added that it closely monitors its third-party collection partners but it cannot assure such providers will not engage in any misconduct as part of their collection efforts which can harm MobiKwik’s reputation.

“If general economic conditions negatively impact India and users are adversely affected by adverse business conditions, the credit balance enabled through our platform may decrease due to lower demand by users or defaults by some existing borrowers’, thereby negatively impacting our growth.”

MobiKwik subsidiary Zaakpay is a payment gateway aggregator and offers end-to-end payment processing solutions to online merchants. Any disruption in the functioning of Zaakpay can adversely affect the operations of MobiKwik Wallet and BNPL products, including MobiKwik Zip, it stated. Any failure to cross-sell Zaakpay to the merchant network, acquire new merchants, and increase revenue from both new and existing merchants could materially and adversely affect Zaakpay’s business, financial condition, results of operations and prospects.

Indicating the fintech platform’s dependency on a larger technology ecosystem for marketing the company stated that its success depends on its ability to attract users through unpaid internet search results on search engines. Any changes in the design layout, algorithm or methodology of search engines, and can influence user acquisition.

It also depends on mobile operating systems, such as Android and iOS, and their respective application marketplaces to make the platform  available to users. Which means that changes in the policies of the OS can also impact MobiKwik’s availability and usage. It also cautioned that the platform may not be compatible with all mobile devices due to technological changes.

It also stated that the platform depends on the efficient and uninterrupted operation of technology systems and any interruptions in the functioning of hardware or software may impact business operations.

All of these entities are constantly updating their scope and policies and as privacy and data protection become more sensitive issues in India, MobiKwik may also become exposed to potential liabilities.