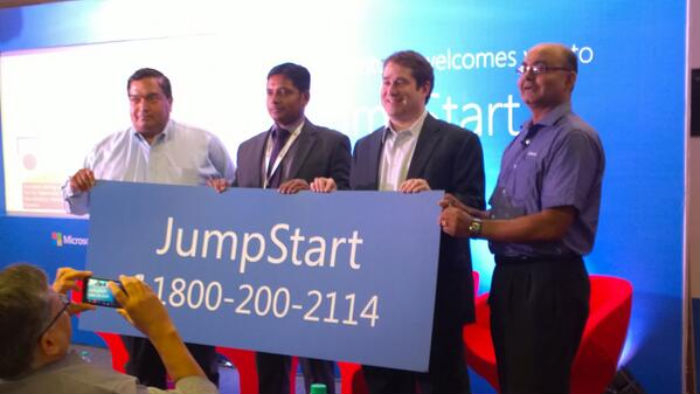 Microsoft Ventures’ initiative JumpStart, which has been around since April 2014, has decided to go to another level. The company is ready to make JumpStart startup helpline an outbound call engine that could be used by startups and entrepreneurs to generate business leads.

At present JumpStart helpline number 1 (800) 200-2114 provides real-time support for various critical queries that startups face in India. The helpline number works Monday to Friday between 9 am to 5 pm IST. Since inception, it has received around 2,600 calls, mostly from metro cities like Delhi, National Capital Region, Mumbai, Hyderabad and Bengaluru.

Rajinish Menon, Director – startups at Microsoft Ventures India said that “As a pilot, we will offer startups from its accelerator batches access to the outbound calling engine. We are also open for integrating the service with some of the citizenship services offered by governments where JumpStart professionals can answer entrepreneurship questions of the citizens.”

He further added that the most frequently asked questions by the startups include ‘where to get help on someone who could validate my idea?’ and ‘How to get funded?’

Now with the help of this real time outbound calling engine platform, startups and entrepreneurs can easily access the business leads, which is one of the most important factors for their survival.

As we all are aware that India lacks in single window license platform for business startups, amid all this, Jumpstart helpline services is playing a very important role in providing and preparing entrepreneurs to make their dream possible.