Movers And Shakers Of The Week [3-8 June]

Movers And Shakers Of The Week [3-8 June]

BharatPe has appointed IKEA's Abhishek Shah as the Marketing Head 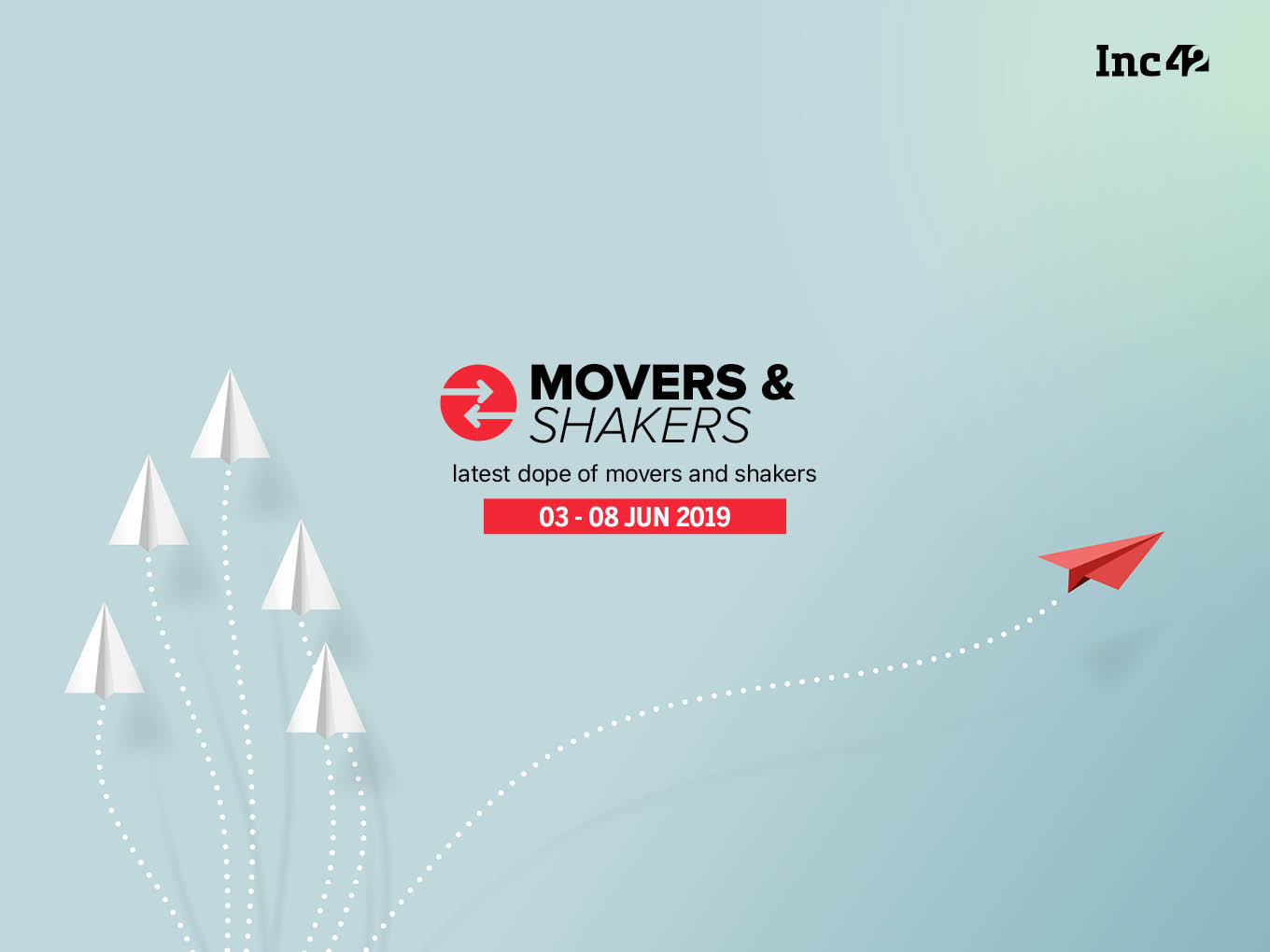 After a controversial end to her long stint at Paytm, Sonia Dhawan has joined women-centric social media platform Sheroes. Dhawan will take over the role of Director of Communications at Sheroes. Dhawan, who departed Paytm on the back of legal troubles and allegations of fraud, told Inc42 that she expects a positive outcome from the pending court case over the alleged fraud.

In another development, the December amendments to the foreign investment rules for ecommerce marketplaces, which roiled foreign-funded online platforms with a host of restrictions, have prompted Flipkart and Amazon to ramp up their government affairs and public policy teams in India.

Walmart-owned Flipkart has hired Dhiraj Kapur, former vice-president of corporate affairs at Carlsberg India, as the head of government affairs and he is putting together a national team in some major states. He will report to Rajneesh Kumar, chief of corporate affairs. Also, Flipkart plans to hire experts and retired IAS and IPS officers to advise it on policy issues and government affairs.

On the other hand, Amazon is said to be planning to hire for three managerial posts for government affairs and public policy.

Here’s a look at other movers and shakers of the week in the Indian startup ecosystem:

mfine, a health-tech AI startup, has appointed N S Viswanathan as the company’s Chief Financial Officer. In this new role, Vishwanathan will be heading the finance function and will also be driving the company’s strategic initiatives while also being a part of the company’s leadership team.  He will work towards expanding hospital network of mfine and introducing new healthcare services and products in partnership with the hospitals across the country.

Viswanathan has over 25 years of financial experience and had served as the CFO for CARE group of Hospitals and then as a Financial Advisor and CFO for Sunshine Hospitals, Hyderabad. Prior to that, he had been associated with GVK Biosciences and Neuland Laboratories.

The appointment comes at a time when mfine is rapidly growing its hospital network across the country, and building its AI technology. The startup is also expanding on the additional services which include delivering medicines, conducting preventive health screenings and diagnostic tests.

The company is hiring extensively across all job profiles to solidify its leadership position in delivering an AI-driven, on-demand healthcare service across India. In the last 6 months, the company has grown from 100 employees to 275 employees and will be tripling its investments in AI, mobile engineering and in-house Doctors.

In his new role, he will provide the creative vision for the company’s growth.

In the past few months, BharatPe has onboard over 8,00,000 merchants and is aiming to enable over 10 Mn merchants over the next two years. Abhishek’s entrepreneurial mindset and a deep understanding of the industry will be instrumental in leading this growth.

Previously, Abhishek has worked with category leader brands like IKEA, IPL franchises and Tata Group among others across business and marketing roles.

Rhiti Group, an integrated sports marketing and management company has appointed Lokesh Mishra as its Chief Operating Officer (COO). In this role, Lokesh will be responsible for accelerating the growth of Rhiti Group and overseeing its overall business operations.

Lokesh comes with an experience in the Footwear and Apparel industry and has an in-depth understanding of the retail, wholesale and ecommerce businesses. Prior to joining Rhiti Group, Lokesh was working as the Business Head for India market at Aldo.

He holds a bachelor’s degree in English Literature from Delhi University and has previously worked with Global and Indian brands like Lee Cooper, Woodland, Bata, Clarks, and Biba. He is an alumnus of Footwear Design and Development Institute.