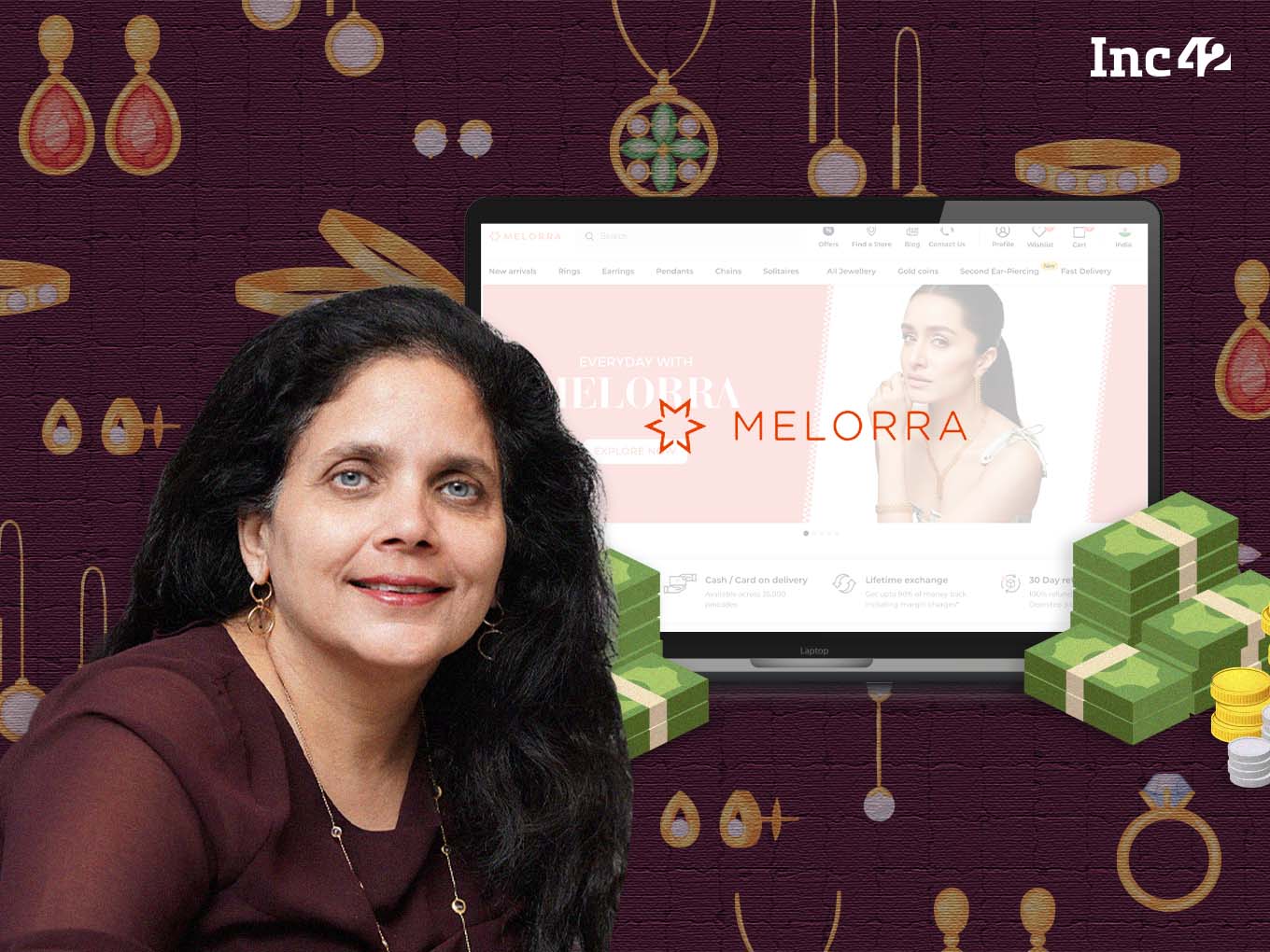 The startup is in talks with multiple foreign PE companies, including Norwest, to lead the round

Existing investors such as 9Unicorns, LightBox, Symphony Asia will also participate in the round

Indian D2C jewellery brand Melorra is in talks with a new set of investors to raise a fresh round of funding. The startup is looking to close a funding round of about $40 Mn at a valuation of about $400 Mn. According to people aware of the matter, the startup is in talks with a couple of foreign private equity (PE) companies, including Norwest Ventures, to lead the fresh round.

“They are actively in talks with Norwest Ventures along with other foreign investors to lead the round. They have been getting a lot of interest lately and will soon finalise the deal,” said a person with direct knowledge of the matter.

The funding round will also see participation from Axis’ Alternative Investment Fund and Capri Global.

Meanwhile, the startup’s regulatory filing revealed that it has already received $12.5 Mn from Axis Growth Avenue, Capri Global, SRF Transnational Holdings, and Suchi Kothari – one of the early investors.

Just like the previous round, Melorra’s new round will also be a mix of debt and equity. Existing investors such as 9Unicorns, LightBox, Symphony Asia will also participate in the funding round.

Founded in 2016 by Saroja Yeramilli, who was earlier with Tanishq, the Bengaluru-based startup offers daily-wear gold jewellery. The D2C startup sells “trendy and lightweight” jewellery that goes well with minimalism.

The Bengaluru-based startup is eyeing a revenue of $1 Bn in the next five years. Since its inception, it has delivered hallmarked gold to all 718 Indian districts, while the government mandates coverage in only 256 districts. The startup has delivered to over 2,700 towns in India so far and claims to have clocked over 200% year-on-year growth.

Melorra competes against the likes of Nykaa owned Pipa.Bella, Voylla, JewelMaze, among others. It goes without saying that Melorra faces it.