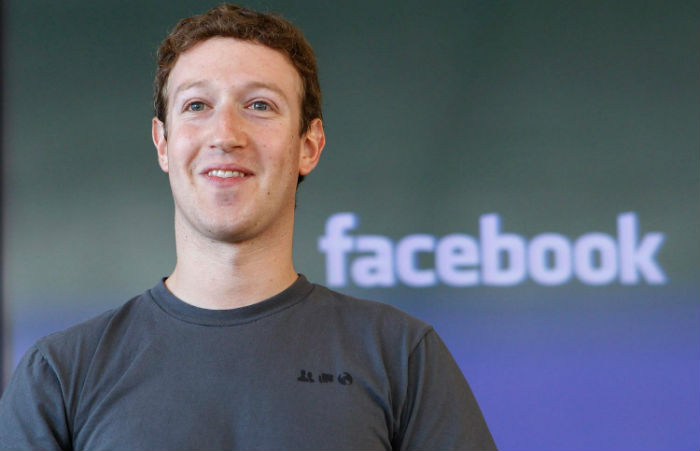 It’s New Year and time for making new resolution. Many of us resolve to change a few things in our life. Some take it seriously. Some bid it farewell just right in the mid of January. But not all of us do the same.

Facebook CEO Mark Zuckerberg is also trying to make one such resolution derived from the public opinion. Yes!!! He is trying to decide what his new “personal challenge” for 2015 should be – and he’s accepting ideas from the public.

Let’s look at his post and understand what he is trying to say: 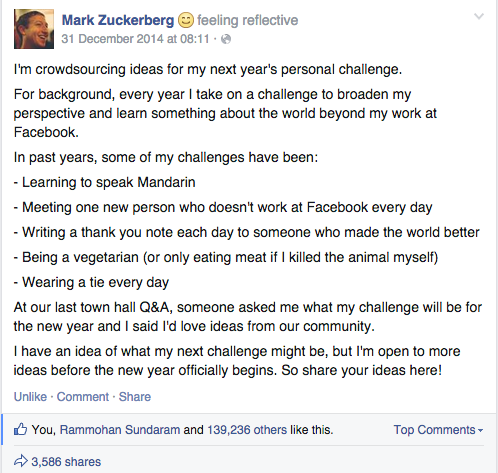 After the Zuckerberg’s post thousands of people commented on his post with advice and the post flooded with likes. Many of them suggested him to delete users who send Candy Crush requests. (Jokingly)

Other offered suggestions like challenging the CEO to open a mentoring center at Facebook for women entrepreneurs. Also, they also advised him to host online session to share his insights with other startup founders.

Most important and commented one was to add “Sorry” button, so people could express sympathy, when the “Like” button would seem rude. However, this advice will be of no use as Zuckerberg has for a long time said that he wouldn’t add a “Dislike” button to Facebook.

Some of them suggested him the ways to donate his wealth, asking him to help the homeless and the poor, send underprivileged kids to school, buy up and preserve virgin rainforest, makeover schools, feed the hungry, and more.

There are many others who have suggested him to do other things. Like:-

If you also have some advice for Mark Zuckerberg, don’t hesitate, go on and give your suggestion here.