Locked Out & Laid Off: Amid Mass Layoffs, Better.com Fires Employees In India Without Notice

Locked Out & Laid Off: Amid Mass Layoffs, Better.com Fires Employees In India Without Notice 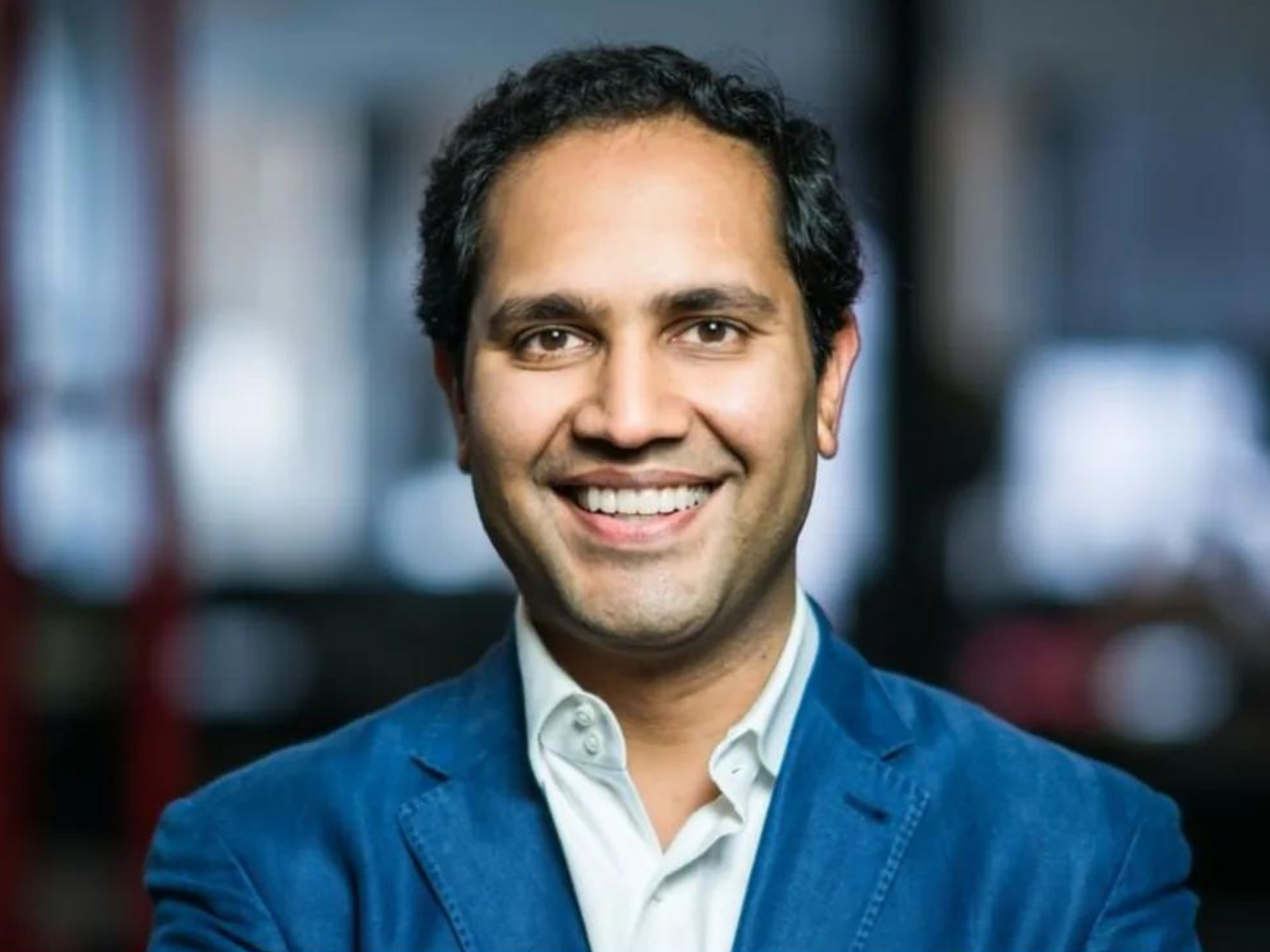 It is unclear how many employees in India have been laid off, while globally, the company is reportedly cutting down more than a third of its 9,000+ employees

Better.com was earlier under fire for CEO Vishal Garg sacking 900 employees over a Zoom call

After making headlines for firing employees over a group Zoom call, US-based digital mortgage company Better.com has now laid off thousands of employees based in India and the US.

The company confirmed the layoffs in a statement that outlined the resources and assistance being provided to those being let go in the latest round of cutbacks.

Better.com did not confirm the number of employees impacted, but according to a New York Times report, more than 3,000 employees in the company’s estimated 9000+ workforce in the US and India are being asked to leave their positions.

Better.com was set to go public through a SPAC acquisition by the end of 2021 but has since delayed its plans given the market conditions in the US.

Better.com CFO Kevin Ryan confirmed the layouts in a press statement. Ryan said due to a dramatic drop in mortgage origination volumes due to the likelihood that the US Federal Reserve would be hiking interest rates. “Unfortunately, that means we must take the difficult step of streamlining our operations further and reducing our workforce in both the U.S. and India in a substantial way,” his statement added.

Better.com became the target of international criticism when CEO Vishal Garg fired 900 employees on a Zoom call which went viral. The spotlight on the layoffs forced Garg to step down from the CEO position. However, he returned to the helm of the company after what he called a month-long break.

In the past, Garg has been accused of abusing employees, but the backlash of that infamous Zoom call was so severe that several of the top management had also resigned in opposition to the move.

Incidentally, the New York-based digital mortgage lender carried out those layoffs after securing a $750 Mn round led by Aurora Acquisition Corp and SoftBank in December 2021.

In the latest case, the news of the layoffs was supposed to be delivered to employees on Tuesday, March 08, 2022, however, news reports leaked details about the cutbacks. The leaks seemingly pushed the company to delay the announcement by a day, but it presumably forgot to make the changes in its internal employee management systems.

Several employees in the US would have been taken aback on midnight March 08 when the Workday payroll management app notified them about severance pay in their name.

Even that could be considered gracious given what employees in India went through. These employees are not on the Workday system and were simply locked out of their systems, with no clue about what was happening. Many alleged that they were locked out right in the middle of their workday.

“Nobody knew they were being laid off, but yes, as soon as I was locked out and logged off from my system while training colleagues, it was clear that I am out,” an employee from Better.com’s financial analysis team in India told Inc42 on the condition of anonymity since they were fearful of further repercussions. 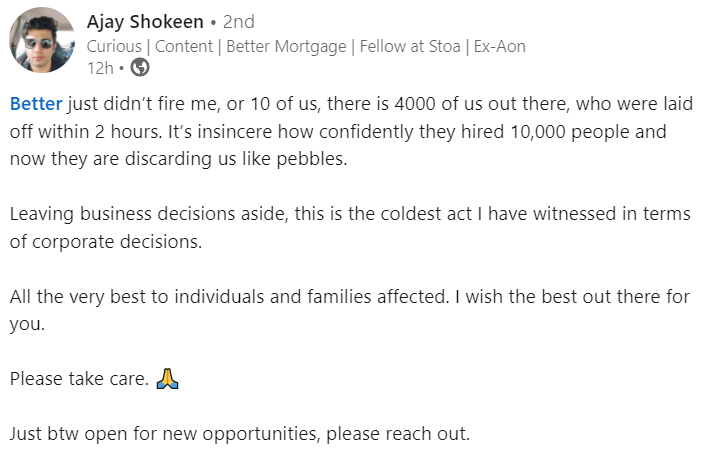 While Ryan claimed in his statement that employees would be given up to 80-days severance pay, this is not the case for Indian employees. Unlike their US counterparts, they have not received severance cheques yet. Instead, the company has only sent an email stating that it will reach out to the impacted employees in India shortly.

The source mentioned above told us the email has instructions on returning company property such as devices and other equipment that these employees might be using for their work. Inc42 was not able to independently verify the contents of the email in question.

Better.com: From Highs To Lows

As a company that had already got a $500 Mn commitment from Softbank in May 2021 before its mammoth round in December, the company had hired aggressively. As per reports and employees, it had nearly quadrupled in size as it looked to capitalise on the low mortgage rates amid the pandemic. But now that the Federal Reserve is expected to raise interest rates by the end of the month, the company has come under huge pressure.

Even after laying off 900 employees in December, Better.com had around 9000 employees on its rolls. And even as it laid off some employees, the company was still hiring employees, as per LinkedIn data. It hired over 200 employees between December 2021 and February 2022.

Out of these, over 3,800 employees are from India, based in cities such as Delhi NCR, Mumbai, Kolkata, Jaipur, among others. It is unclear how many of these employees are impacted. Given that many of the employees have been working remotely, the layoffs are happening in an opaque manner.

Apathy Of A Unicorn

While Ryan has claimed that Better.com remains grateful for the “continued collaboration, dedication and great work” of the employees, the statement and the sentiment behind it ring hollow.

The fact that the company really forgot to even update the Workday app or system access for impacted employees shows that Better.com handled the layoff with all the sensitivity of a jackhammer.

Some might even argue that the layoffs on the Zoom call were actually more sympathetic. It’s another reminder of the apathy towards human capital within startups with mega valuations.