However, OTA cash flow has declined to near zero, says EaseMyTrip's Nishant Pitti 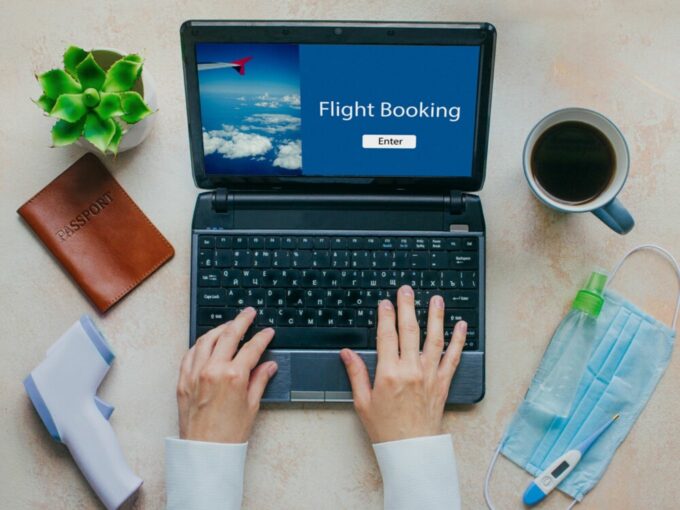 As all air and land travels came to a halt with the announcement of the national and global lockdowns, online travel agencies (OTAs) like MakeMyTrip, Yatra.com, EasyMyTrip and more have been mounted with hefty refunds for the travels planned between the lockdown period.

Even as the country is on Day 48 of the lockdown, OTAs have not been able to facilitate all refunds, fueling customers’ anger. However, tour and travel startups have been washing their hands off, blaming airlines for not initiating refunds from their side.

Kapil Goswamy, managing director of Bigbreaks.com, explained that OTAs will only be able to initiate refunds after they receive money from airlines. Alleging airlines for changing their policies and adopting different modes, he blamed them for the ruckus.

Why Blame The Airlines?

Talking about figures during the lockdown, Nishant Pitti, cofounder of EaseMyTrip, told Inc42 that almost 95% of the tickets booked through the platform were for air travel, whereas the remaining 5% were for other services. Overall, the company booked tickets worth INR 400 Cr before lockdown and INR 20 Cr post the national lockdown.

Air ticketing was also a popular service offered by other other platforms like Yatra and MakeMyTrip, even before the Covid period. In the third quarter of the 2020 financial year, MakeMyTrip added $47 Mn in its treasury through air ticketing, $17.7 Mn through bus tickets and $8.2 Mn through other services. Hotels and packages continued to be its biggest revenue source with $72 Mn.

Whereas during the lockdown, additional tickets worth INR 180 Cr were booked between March 25 to May 3 across all private air carriers, according to media reports. Indigo contributed to almost 50% of tickets worth INR 90 to 95 Cr. Even though the government issued an advisory regarding refund for both domestic and international flight tickets, the flights have been facing the issue as well.

Grievances were received from air travellers regarding refund for flights cancelled because of the nationwide lockdown to combat COVID19. Advisories have been issued regarding refund for both domestic & international tickets booked for the flights suspended due to lockdown.

MakeMyTrip spokesperson told Inc42, “We are working closely with our airline partners and are seamlessly passing on refunds to our customers as soon as we receive the same from the airlines.”

Pitti elaborated that there are two major challenges faced by OTA platforms, both of which are aggravated by the low cash flow in the tour and travel sector.

First, since there are a large number of cancellations, low cost carriers are refunding the amount directly into the company’s ticketing wallet. The OTA’s have to, then, refund the same amount into the customer’s bank account, which is causing the balance in the ticketing wallet to increase and the cash available with the company to decrease.

“Now with a large number of cancellations and no fresh bookings, a large amount of cash has been stuck in the ticketing wallet and its balance has increased multifolds. In order to refund money to its customers, OTA’s will have to use their own cashflows which is becoming a roadblock,” Pitti said.

The company has also alleged that certain OTAs have been “deceiving” customers by crediting the cancellation amount into their own virtual wallets to ensure zero impact on the company’s cash flows.

Secondly, the tour and travel industry has been hit badly due to the Covid-19 pandemic, reducing the revenues to almost zero, whereas the cost lines have been more or less the same.

Echoing the thought, online travel aggregator ixigo’s cofounders Aloke Bajpai and Rajnish Kumar, speaking at Inc42’s ‘Ask Me Anything’ series, said that the current crisis is verify different from the 2008-2009 recession.

“What happened during 2008-2009 was that the industry saw a dip in demand and activities were slowed down. But today, the lockdown situation has left the travel sector to completely dry, which means that everything is down to absolute zero. This is something that I don’t think anybody has ever seen before,” Kumar added.

According to a Statista report, tour and travel is one of the biggest industries in India which contributed over $247 Bn in the country’s GDP in 2018. The segment was expected to contribute $500 Bn in the Indian GDP by 2029, before the Covid-19 pandemic hit the sector. The report added that the Indian tour and travel industry noted a significant increase between 2000 to 2018.