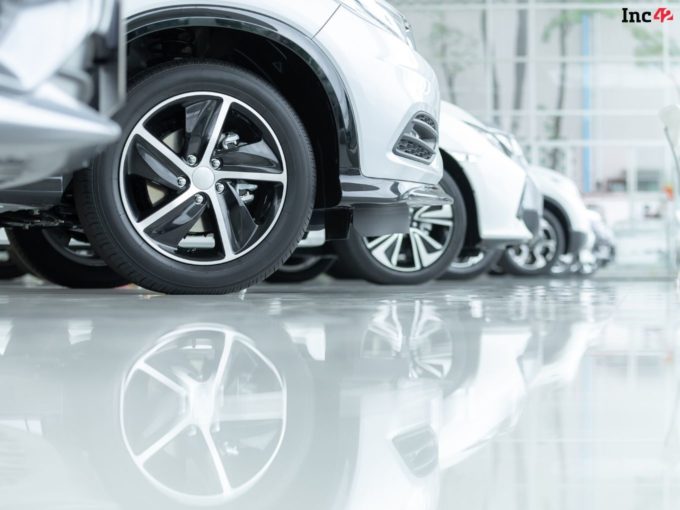 The Kerala government has time and again shown that it is not afraid to back the boldest of innovations from tech startups in the state. Leading the way is KSUM or the Kerala Startup Mission, which has helped many startups take their products to market in India and abroad. Adding another feather to its cap, KSUM-backed VST Mobility Solutions has announced two connected vehicles’ products.

Having been a part of KSUM since its inception, CEO Alvin George told Inc42, that KSUM helped it through grants, infrastructure support and testing labs for the products. VST mobility launched Smart Eclipse and VDASH VST-0507 during an event on November 25 in Kerala.

While Smart Eclipse is a vehicle tracking unit (VTU), the VDASH VST-0507 is a smart infotainment system. Embedded with an eSIM and Indian Regional Navigation Satellite System (IRNSS) module, Smart Eclipse is also an effective fleet management device. And VDASH VST-0507 is a complete dashboard for a vehicle, equipped with a tracking device, speedometer, odometer and more.

The event saw the principal secretary of the department of transport, KR Jyothilal launch Smart Eclipse in Kerala, while the KSUM CEO Saji Gopinath gave the distribution rights to Central Eye Track for all the 14 districts of the state. The director of Kerala State IT Mission, S Chithra launched VDASH VST-0507.

In addition to that, VST has signed a memorandum of understanding (MoU) with Finland-based Here Technologies to distribute the products in the global market. In a press release, the startup claims to have received orders from more than 100 countries. In addition to that, it has an investment offer of INR 140 Cr from a foreign investor.

With 117 employees currently, the startup is optimistic that the investment from its foreign backers will help it further expand its operations and reach. Currently, VST has a presence in Lucknow, Patiala, Pune, Kolkata, Bhopal, Hyderabad, Bengaluru and other cities, the CEO told Inc42.

“Both our products are according to the mandate and requirements of the government. In addition to that, we have many features that make our devices smart and easy-to-use of our customers. The MoU has further helped us reach the global market and we will soon expand to more places in India,” George added.