Internet User Base Rises 3.4% At March-End; Jio Commands Over Half Of Market Share, Reveals TRAI

Internet User Base Rises 3.4% At March-End; Jio Commands Over Half Of Market Share, Reveals TRAI 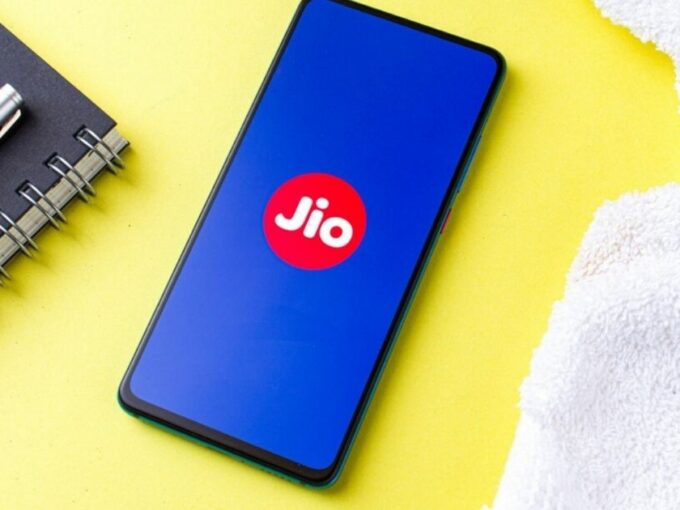 The number of internet subscribers in India surged to over 743 Mn at the end of March 2020, making the growth of 3.4% on a sequential quarter basis.

According to data released by the Telecom Regulatory Authority of India (TRAI), Reliance Jio topped the chart with the largest portion of the market share (52.3%) followed by Bharti Airtel (23.6%) and Vodafone Idea (VI) (18.7%) in the quarter ended March 2020.

In February, Jio and Bharti Airtel, added 6.25 Mn and 0.85 Mn customers respectively, even as VI lost 3.46 Mn of its customers.

Meanwhile, the number of internet users in India has been on a spike since Covid-19 began spreading across the country in mid-March. This created a spurt in demand for home broadband installations. “It was close to 3x times the normal demand,” said Vivek Raina, CEO of Excitel Broadband, which offers high-speed broadband services in Delhi NCR, Jaipur, Hyderabad, Bengaluru and Lucknow, speaking to Inc42 for an earlier story.

How ISPs Are Keeping India Online

As per TestMy.Net, it revealed that ACT offered the highest download and upload speed (40 Mbps), followed by Tata Sky Broadband and Airtel. On the flipside, MTNL, Jio, BSNL and Vodafone offer the least internet speed (>10 Mbps). 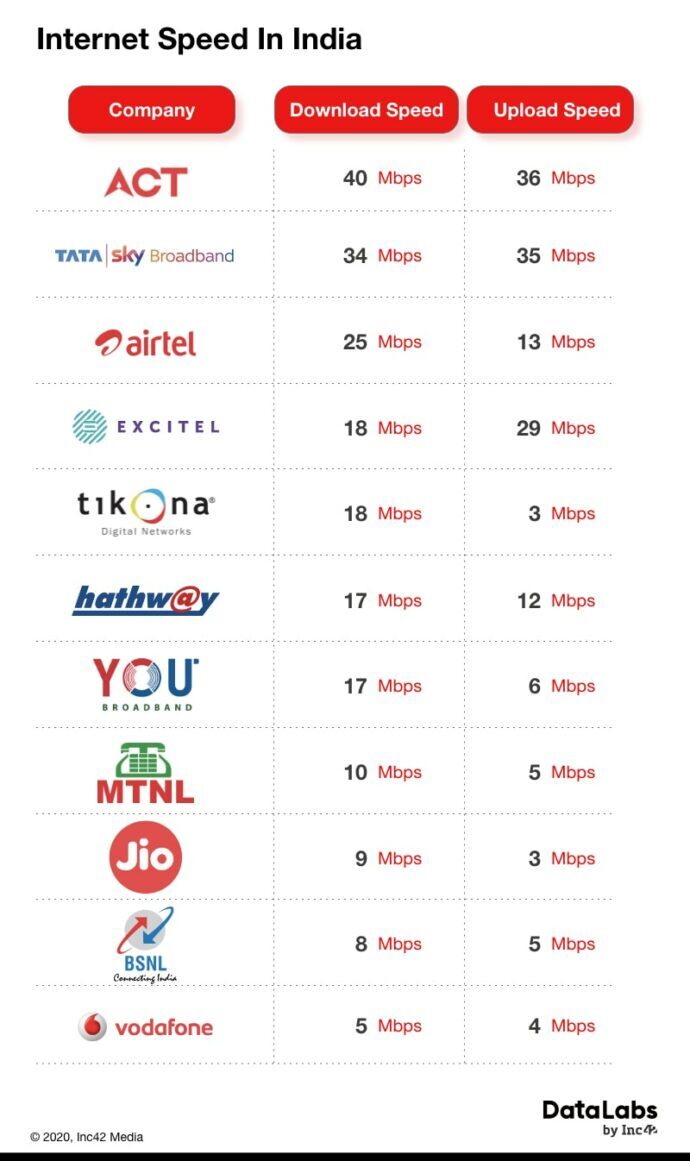 As a measure to ensure uninterrupted internet access, recently Bharti Airtel has urged its arch-rivals Reliance Jio, VI, and state-owned BSNL and MTNL to come together and help people to get wide coverage of 2G, 3G and 4G services.