Is The Centre Close To Banning E-Cigarettes In India?

Is The Centre Close To Banning E-Cigarettes In India?

In 2018, the health ministry had issued an advisory to state govts to prohibit the use of e-cigarettes

Brands like Juul, Alt Vapors, Renova and ITC’s Eon argue that e-cigarettes are a healthy alternative for smokers 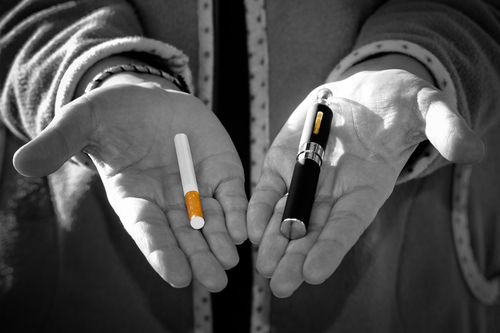 India’s Ministry of Health is reportedly planning to ban the manufacturing, import and sale of ENDS or e-cigarettes in India.

A drugs consultative committee is said to have concluded that e-cigarettes and other such devices would come under the Drugs and Cosmetics Act’s definition of ‘drug’ and thus, can be banned under Section 26 (A) of this Act.

The committee’s minutes of the meeting reportedly noted, “ENDS, including e-cigarettes, heat-not burn devices, vape, e-sheesha, e-nicotine, flavoured hookah, and similar products, are used as a tobacco (especially smoking forms such as cigarettes) cessation product, and functions for nicotine delivery for reasons, including nicotine de-addiction. Hence, these devices and products fall under the definition of “drug” in the Drugs and Cosmetics Act.”

According to a media report which cited health ministry officials, a notification about the e-cigarettes ban is expected to come out soon. The ministry is said to have found that e-cigarettes are unlicensed products and are being widely sold online.

ENDS stands for Electronic Nicotine Delivery Systems, these devices include various types of e-cigarettes and vapes, some of these work on the basis of ‘heat not burn’, where tobacco or nicotine solutions are heated to temperatures lower than cigarettes.

They are usually battery-operated devices that emit doses of vaporized nicotine, or non-nicotine solutions, for the user to inhale. These devices claims to provide a similar sensation to inhaling tobacco smoke, without the tar and other harmful byproducts that are present in cigarette smoke.

According to the World Health Organisation, India had 266.8 Mn tobacco users and people exposed to secondhand smoke in 2018 in the $12 Bn cigarette market.

In India, brands such as Juul, Alt Vapors, Renova and ITC’s Eon are the popular e-cigarette makers, while there are plenty of non-brand China-made e-cigarettes and devices being offered on the market. Part of the confusion around these ecigarettes comes from the fact that they are not regulated like other cigarette makers.

Earlier in August 2018, the Ministry of Health has sent an advisory to state governments to prohibit the manufacture, distribution and online sale of ENDS and other products under the Drugs and Cosmetics Act, 1940. Which was later quashed by the Delhi High Court.

However, in the following month, the Ministry of Finance issued a circular directing all custom authorities to refer import consignments of ENDS  (electronic nicotine delivery systems) including e-cigarettes, heat-not-burn devices, vape, e-sheesha, e-nicotine flavoured hookah and other like devices to the Deputy Drug Controller in their jurisdiction.