Google’s Stadia will let gamers stream games from its cloud servers to smartphones, PCs or TVs 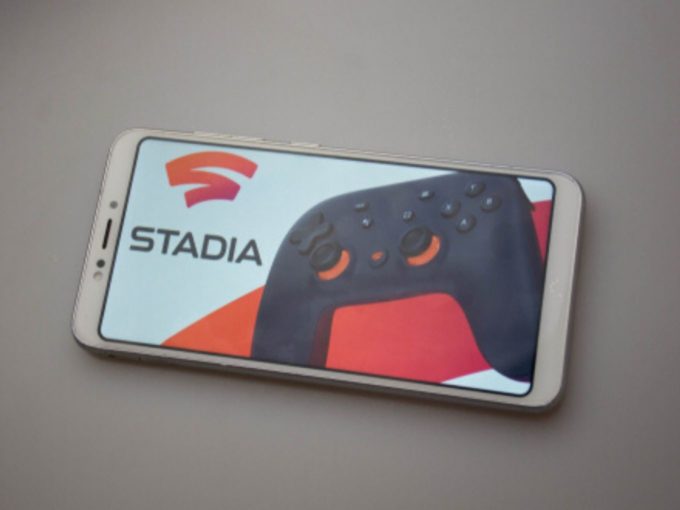 In most developing countries around the world, casual mobile gamers are surpassing the numbers of hardcore console or computers gamers in contributing to the overall gaming industry in terms of revenue and users. However, in developed countries, the shift hasn’t been that significant, and now Google is looking for a big chunk of the gaming market with its cloud gaming platform Stadia.

Stadia, which was announced earlier this year, hit markets on Tuesday (November 19), and it might just become successful in bringing hardcore gamers from large-screens to mobile gaming. But not in India.

What Is Google Stadia?

According to Google, its gaming platform will enable gamers to play expensive games without buying any discs or downloading games online. For using this service, users can virtually stream the game from Stadia’s cloud servers without even downloading it to the device.

Additionally, the company is also planning to bring innovations such as switching to a game on Stadia’s platform from a YouTube video, sharing links to an exact moment in a game with friends and followers so they can join in, among other features.

Besides Google’s Pixel smartphones, users would be able to stream games on any laptop or computer using the Chrome browser or on a smart TV. Stadia can also be accessed using tablet devices. Moreover, the company is also planning to introduce cross-platform multiplayer gaming on Stadia in the near future.

Besides Google, US tech giant Microsoft and electronics giant Nvidia also offer cloud gaming or game streaming technology. However, Google has a competitive edge since as of now, cloud-based gaming services of Microsoft and Nvidia are currently limited to computer or console gaming.

Currently, Stadia has been launched in 14 countries — Belgium, Canada, Denmark, Finland, France, Germany, Italy, Ireland, Netherlands, Norway, Spain, Sweden, the UK and the US with 22 game titles available on its cloud gaming platform. As is evident, there’s no India on the list.

While Stadia is more focussed on online mobile gaming, the US-based tech giant still seems to be hesitant in launching the new service in developing countries including India and the company might have good reasons to do so.

Speaking to Inc42 about the Stadia launch, a Junglee Games spokesperson said that Stadia is unlikely to launch in India because of how bandwidth-intensive it is. However, the Ankush Gera-led company still feels that since Google has recently launched products in India even without commercial viability, so it might launch Stadia as well despite the restraints.

For instance, to play graphically-intensive games on Google’s Stadia, a user may need to spend around 4-20 GB of data per hour. However, in India, most of the mobile network operators provide their users with a data cap of around 1 GB per day, making it almost impossible to play these games for even an hour on a mobile internet hotspot — no matter how fast it is.

Moreover, besides mobile network operators who seem to be crippled to host Stadia, even broadband or fibre net operators whose services are usually enjoyed by hardcore gamers in the country, might also find it difficult to provide tons of high-speed internet in their affordable packages.

Since Stadia is a subscription service, it would mean recurring payments from users to keep playing. The Indian mobile gaming market is shy about spending money to play games, preferring free or freemium titles instead, as Junglee Games founder and CEO Ankush Gera told us in an earlier interaction.

In the last two decades, PC and console gaming have played a significant role in shaping the gaming industry in India. However, with the inception of mobile gaming platforms, the overall gaming ecosystem has started to shift from large-screen gaming to smartphones.

According to Statista reports, India is also following the global shift in gaming patterns as the mobile gaming industry in the country is expected to reach about $405 Mn by 2022.

The report further stated that the overall gaming industry in India stands at around INR 62 Cr ($862.82 Mn) in 2019 with computer and console gaming still marking their presence in the overall growth with a market share of $96 Mn and $240 Mn respectively.

Currently, India is undergoing a shift from the console or computer-based hardcore gaming to mobile-based casual gaming.

Moreover, with the internet revolution brought in by Reliance Jio, internet and smartphone penetration is on the rise even in rural areas, which has led to the growth of casual online gaming through titles such as PUBG and other such games, especially among the youth.

With greater penetration of home broadband and fixed line internet services, Stadia could have a ready market in the near future, especially as the Indian app and gaming ecosystem matures. But at the moment, it makes little sense for the company to launch Stadia in the Indian market.