Inshorts has raised the funding from Vy Capital, with participation from existing investors

Inshorts has over 10 Mn lifetime downloads, while Public App already has over 100 Mn on the Play Store. 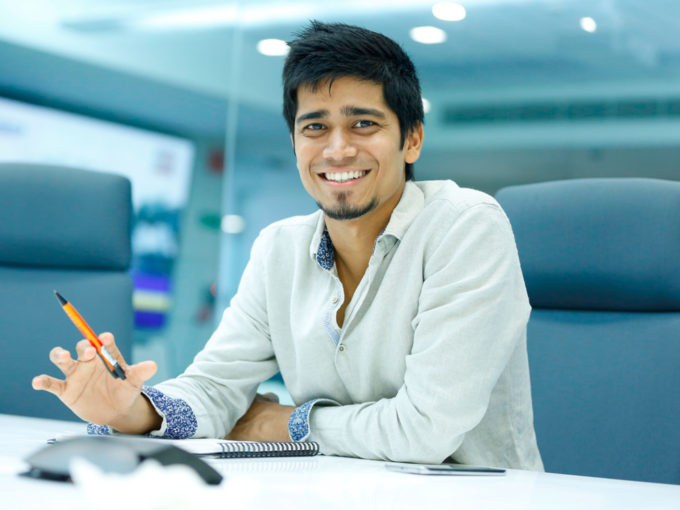 News aggregating platform Inshorts, which also operates hyperlocal social network Public App, has raised $60 Mn in funding, led by Vy Capital along with participation from existing investors. With the latest capital infusion, the company in the last one year has raised a total of $140 Mn from investors including Tiger Global, Tanglin Venture Partners, SIG, and A91 Partners.

The fundraise will be used for growth and development of Inshorts as well as the company’s other product, the hyperlocal social platform Public. The Delhi NCR-based startup is best known for its 60-word news snippets app Inshorts, which was launched in 2013. However, Public App, which was launched in 2019, has also grown in popularity and surpassed Inshorts in terms of downloads.

Inshorts has over 10 Mn lifetime downloads, while Public App already has over 100 Mn on the Play Store.

Public App is a location-based social media app which has amassed a significant user base in Tier 2 and 3 cities of India. Public App claims to have over 50 Mn active users and 1 Mn videos being created every month.

According to a Techcrunch report, Public App has over 110 Mn downloads, as of June 2021, from around 50 Mn downloads in July 2020. It allows individuals to record and share news and developments in their vicinity, enabling real-time hyperlocal updates to their peers. It also offers ecommerce, jobs, classifieds and more. Public is available in Hindi, Bengali, Punjabi, Telugu, Tamil, Kannada, Malayalam, Odia, Assamese, Gujarati and Marathi.

Besides this, the company claims its news aggregator platform has 10 Mn monthly active users and more than 3 Bn page views per month. “The world is changing every minute, and each one of us has an inherent desire to remain updated about these changes. Both Inshorts App and Public App are aimed to help some of these people in their quest of keeping themselves informed and we are thrilled to have Vy Capital join us in our journey,” Iqubal, CEO and cofounder of Inshorts, said in a statement.

Commenting on the growth seen by Public App, Iqubal added, “We believe that all of us want to remain connected to our locality as much as we want to remain connected to our friends and family. While many large platforms like Facebook, Instagram and Snapchat have been built for the latter, the problem of connecting to locality remains unsolved and Public is our attempt for the same.”