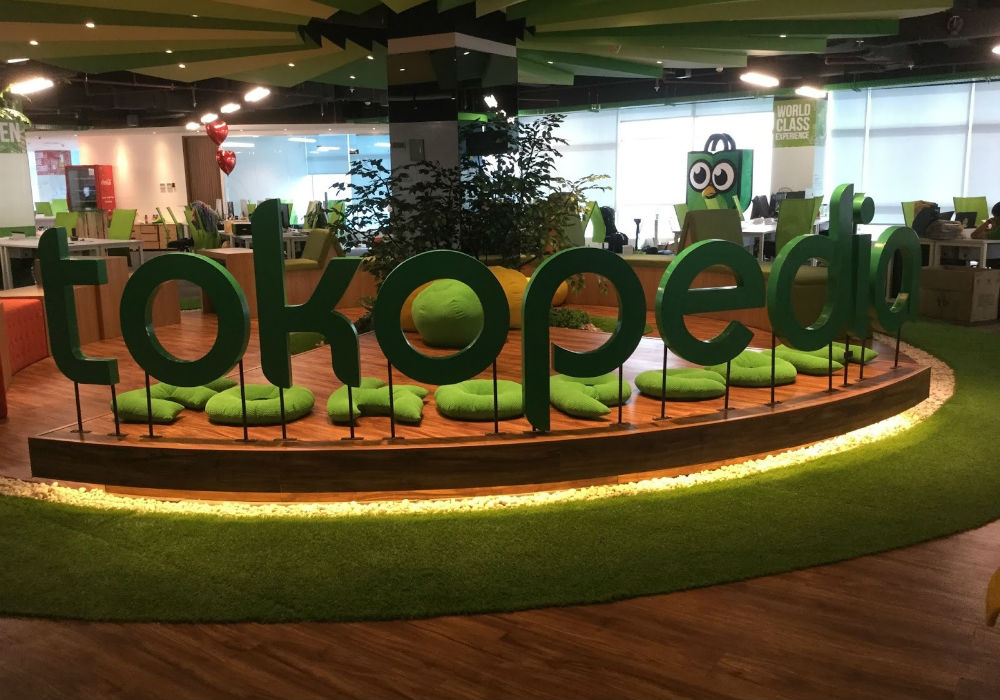 Indonesia-based ecommerce firm Tokopedia has raised $1.1 Bn in a round led by Chinese ecommerce giant Alibaba.

The round also saw participation from undisclosed shareholders of the company. Other financial details of the transaction remain undisclosed, but, with this round of funding Alibaba has picked up a minority stake in Tokopedia.

Daniel Zhang, CEO of Alibaba Group said, “The Alibaba Group and Tokopedia share a common vision to help UMKM in its success and we are very pleased to work together with Tokopedia to serve all Indonesians.”

Tokopedia was founded in 2009 by William Tanuwijaya and Leontinus Alpha Edison. It allows individuals and business owners in Indonesia to open and manage their own online stores on its ecommerce marketplace. It is one of the largest ecommerce marketplaces in the country. The company currently has about 5 Mn big and small merchants on its platform.

Last month, speaking to Inc42, Tri Nugraha, Product Owner at Tokopedia had revealed that Tokopedia’s monthly revenues have grown from IDR 30 Mn in 2009 to IDR1 Tn this year.

As per a company statement, the partnership with Alibaba will enhance Tokopedia’s scale and quality of service to its users. It will also allow the ecommerce firm’s sales people and partners to expand their business within the country and abroad.

Talking about the funding Tokopedia CEO and co-founder William Tanuwijaya said, “One of Tokopedia’s major cultures is to have the sincerity to share as a teacher and the curiosity to learn as a student. We always assume that Alibaba is our teacher and role model. Today, we welcome Alibaba as a shareholder in Tokopedia and we believe that this partnership will accelerate the realisation of our mission to drive the digital distribution of the economy.”

Tokopedia And The Alibaba Connect: Building The Indonesian Equivalent of Taobao

“Tokopedia is trying to do in Indonesia what Alibaba’s Taobao did in China 10 years back. (Taobao beat Ebay in China and went on to become China’s top ecommerce site. Taobao Marketplace is one of the world’s top 10 most visited websites according to Alexa.) Similarly, our endeavour is that consumers should be able to buy any product any time on Tokopedia. We are attempting to become the Indonesian equivalent of Taobao,” Tri had mentioned to us. The company also plans at building the payment platform Tokocash, on similar lines as Alibaba built the online payment platform Alipay.

The company also runs offline stores and has plans to increase its official store footprint which is currently more than 100. There is a possibility that it might also relaunch them with a different name.

Till date, Tokopedia has raised about $1.3 Bn funding. However, its initial four rounds of investment by CyberAgent Ventures, East Ventures and Netprice were undisclosed. The last round of funding came in April 2016, when it secured $147 Mn in Series E from undisclosed investors.

According to a Google consumer survey, around 7.4 Mn people shopped online in 2015 in Indonesia, grossing sales worth over $3.6 Bn. A recent Techcrunch and Google report, states that ecommerce in the Southeast Asian region has the potential to be worth $88 Bn, growing at 32% per year. Earlier this week, Indonesia-based fashion ecommerce startup Sale Stock raised $27 Mn in a Series B round led by VC firm Gobi Partners. Earlier, in May 2017, Go-Jek reportedly raised $1.2 Bn in a round led by Chinese Internet company Tencent.

With this round, Alibaba has now forayed into the mainstream ecommerce battle in Indonesia, by picking up a minority stake in Tokopedia. Other players in this segment in the archipelago nation include Blanja, Berrybenka, MatahariMall, Luxola, Sejasa, Kudo, Sociolla, Fabelio, etc.