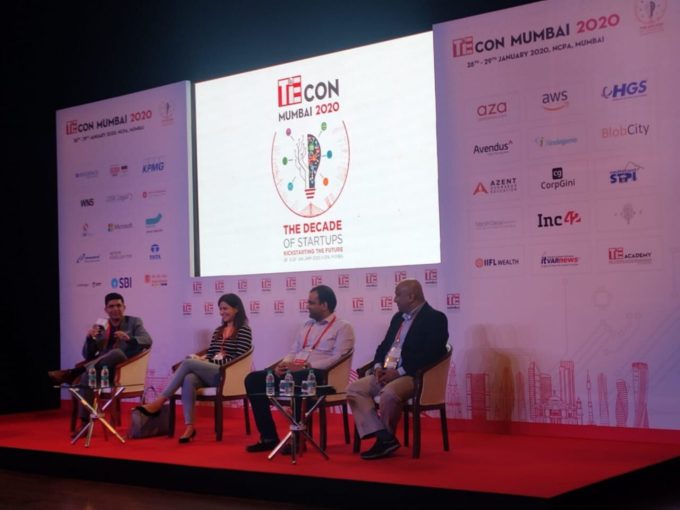 The Indian enterprise tech sector is one of the hottest startup sectors at the moment and within this industry, the software-as-a-service (SaaS) sub-sector is growing exponentially and not only domestically but in the overseas markets as well. Celebrating India’s SaaS success at the ongoing TiECon Mumbai 2020, Haptik cofounder Aakrit Vaish said that the apprehension to buy from Indian SaaS companies is fading internationally and in India too.

“In any market, the whole apprehension of buying from Indian companies has gone. Right now buyers don’t discount you or your capabilities because you’re an Indian product company. In some cases, this comes as an advantage especially in Southeast Asia,” Vaish told Inc42.

Vaish also said that the enterprise tech is more about science, where the company has to crack the model based on income regeneration skills, sales pipeline and sales operation. “What we find is that Indian companies, a lot of the entrepreneurs have really cracked the science. We can build great products for cheap,” the founder said.

“The biggest difference I have seen is global companies being okay with buying Indian SaaS products. As long as that is the case, the world is your platform and you can always build it [SaaS products] for cheaper and potentially better.” – Haptik cofounder Aakrit Vaish.

Talking on the same lines, LogiNext cofounder Manisha Raisinghani told Inc42, “We have always been always good with technology, we have been a service nation, but now we want to be a product nation.”

Raisinghani added that the Indian market has all the capabilities to be a product nation, and startups can also be capital efficient because resources are less expensive in India than in the US. “When you’re selling in the US, you’re paying in dollars, but you’re earning in rupees. We have all the resources required, it’s just that we have to shift from being a service nation to being a product nation,” she added.

Earlier this week, LogiNext raised $39 Mn funding from US-based investors Tiger Global Management and Steadview Capital. Talking to Inc42, the company’s cofounder Dhruvil Sanghvi had said that 20% of its revenue comes from India, whereas almost 80% comes from other countries it operates in.

The proactive push of the government towards digitalisation of Indian economy, growing digital presence of the business and wider M&A opportunity in the enterprise tech sector have fuelled the growth.

Vaish attributed the growth of the Indian SaaS industry to the progress made by startups such as Druva, Icertis, Zoho and Freshworks, which have established themselves as global brands with marquee international clients. He also noted that North America is currently the biggest market for the Indian SaaS products, whereas LogiNext’s Raisinghani also highlighted the demand for Indian Saas products among Asia Pacific (APAC) nations.

Bengaluru-based Saarthi.ai’s COO and founder Sangram Sabat told us that SaaS companies in India are working with immensely more difficult conditions, compared to the US.

He added that countries like the US have been working on such technologies for the past 10 to 11 year, whereas in India the research was slow. “But it’s picking up so fast that the companies in the US and Europe want to partner with India because they see a lot of potential in the Indian startup ecosystem.”