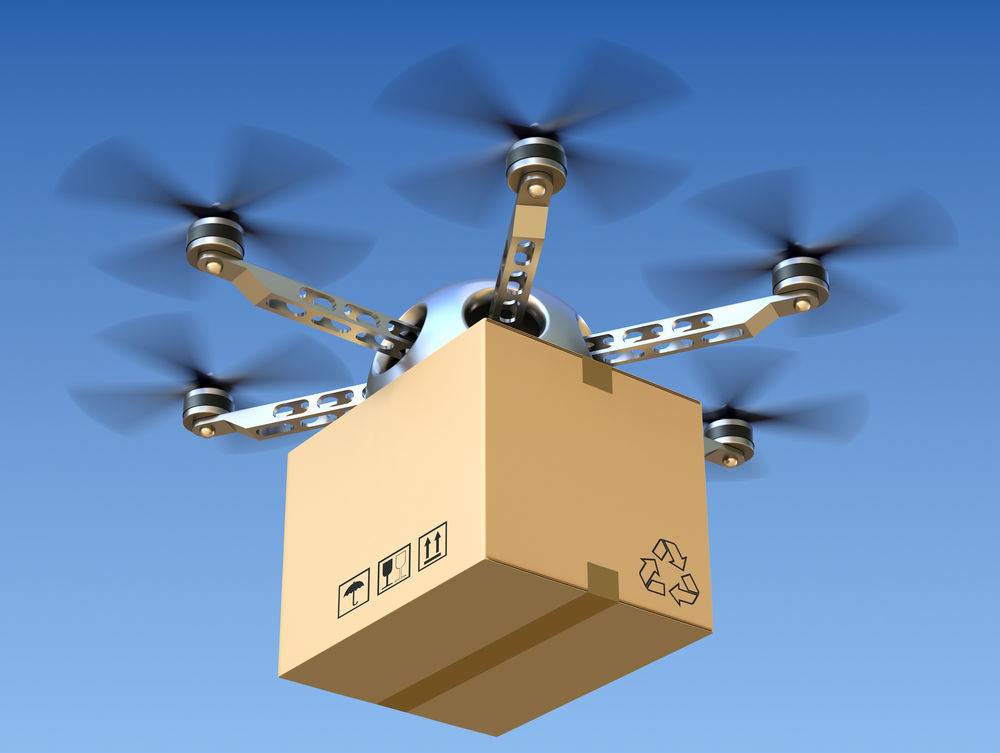 Ecommerce websites have proved their mettle when it comes to overall service but logistics and time taken to deliver a product often makes them ulterior to brick and mortar stores. Companies have been working their way around to innovate the delivery process to shorten human effort as well as time. The answer to these problems is Delivery by Drones. Wouldn’t it be great if an order is made and the same arrives within a couple of hours flying all the way to its destination.

A Mumbai-based restaurant tested a drone for delivering a pizza back in May 2014. The drone took around 10 minutes to deliver the package weighing around 500g at a distance of 1.5 km from the restaurant. One should take note that it takes about 30 minutes for a pizza delivery boy to deliver the pizza at such a short distance in Mumbai traffic.

This instance makes us believe that drone deliveries will be a reality in near future. Ecommerce giants like Amazon, Flipkart, Snapdeal and the likes are already entertaining the idea of delivering using drones. Even though civil drones aren’t allowed for delivering shipments because of lack of security protocols and safety regulations to follow which make it impossible for ecommerce giants to use civil drones for delivering goods throughout the world.

Director General of Civil Aviation(DGCA) restricted the civil use of drones in India by issuing a public notice last year, but now, it is fast tracking the process of issuing guidelines for the use of drones for civil purposes in India.

An official from the Ministry of Civil Aviation said,” The DGCA has restricted the use of drones in India at present, but at the same time it has initiated the process of framing the guidelines for operations.” The said guidelines are expected to be finalized in the next few months. Given that the process goes as per the plan, India might be one of the first countries to use drones for civil purposes.

China has taken drones seriously and its domestic ecommerce giant Alibaba started drone trials in February in Shanghai, Beijing and Guangzhou. Right now, trials of light packets up to 340 grams, are done by Taobao, a marketplace for sellers owned by Alibaba.

Given these innovations, ecommerce giants are making every move possible to cut short delivery times and delivering by drones is one of them. Other innovations include Flipkart roping in Mumbai’s Dabbawalas to provide last mile delivery.