India’s Infamous Angel Investor, Convicted In A $5.5 Mn Scam, Apologises For Screw Up

India’s Infamous Angel Investor, Convicted In A $5.5 Mn Scam, Apologises For Screw Up

Mohan was recently arrested in the US for forging documents to acquire more than $5.5 Mn for six shell companies

Mohan has been pulled up for his fraudulent claims, business activities and malpractices previously as well 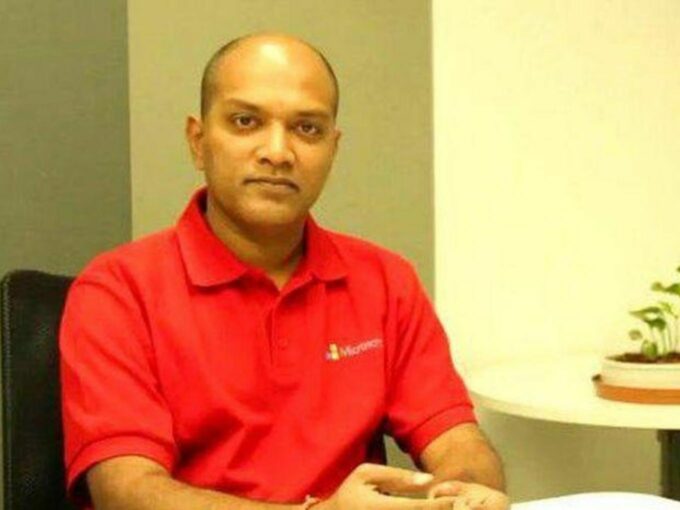 Former Amazon and Microsoft executive Mukund Mohan, who was recently arrested in the US for forging documents to acquire more than $5.5 Mn from the coronavirus relief funds, has recently written a blog post apologising for his “screw up”.

Mohan, published his post on August 14, “I hurt people who trusted me, believed in me, and now are beside themselves. Unfortunately, I cannot talk about the details given the legal circumstances, but I truly apologise.”

“I own my mistake, and now I have to course correct. Seeking help is what I am doing. I think the road ahead, though, will be very long.”

The blog post goes on for seven paragraphs of apologies, and promises of better behavior. Mohan goes on to add that he has taken the high road and will never expect things to go back to “normal” again as he has broken the trust.

But What Is Mohan Apologising For?

Last month, Mohan was arrested for forging documents to acquire more than $5.5 Mn from the coronavirus relief funds that were meant to help startups retain their workers amid the dried up capital flow. He had allegedly claimed these benefits by showing fraudulent tax filings and altered incorporation documents of six shell companies — Zuput, GitGrow, Vangal, Expect Success. Mahenjo Inc and Zigantic LLC.

Overall, Mohan had filed for eight fraudulent loan applications through six companies. The first seven of these eight applications have been summarised in the table below. Notably, two applications for $2 Mn loan were canceled, one for $1.7 Mn loan was withdrawn, while the other five applications for loans worth $2.57 Mn were approved. 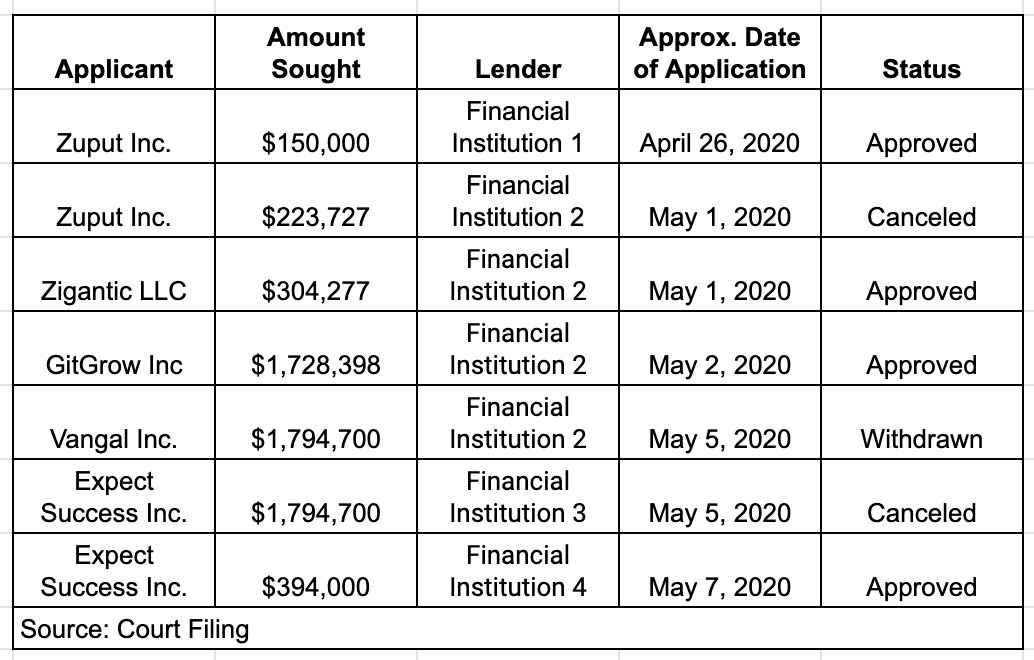 The US Attorney had highlighted that Mohan served as the founder and/or CEO for Zuput, GitGrow, Vangal, and Expect Success, while his wife is the founder of Zigantic. The court also noted that Mohan has applied to Financial Institution 5 for a Paycheck Protection Program (PPP) loan on behalf of Mahenjo for $431,250 on June 3, 2020, however his fraudulent activities were traced soon after.

According to the forged document submitted by Mohan and further investigation, these were the key takeaways:

You can read more about the case and the companies’ fraudulent activities in Inc42’s report India’s Infamous Angel Investor, Ex-Microsoft Ventures Director Arrested For Fraud In US.

According to Mohan’s LinkedIn profile, he is currently serving as the CTO and head of sales in Canadian building materials retailer BuildDirect. Prior to BuildDirect, he held Director posts at Microsoft Ventures and Amazon Business.

This is not the first time, Mohan has been pulled up for his fraudulent claims, business activities and malpractices. Three out of the six above mentioned shell companies were previously investigated by Inc42 in 2015. Upon investigation, we found several loopholes in the six companies and their origins.

Besides this, he had also falsely claimed to have invested in three startups — ChargeBee, SignEasy and Appointy — through his early-stage startup fund NapkinStage. However, the three startups clarified that NapkinStage is not an investor in them, while ChargeBee and SignEasy that the company was only an advisor.

Read more about Mukund Mohan’s claims on investment, entrepreneurship and other ventures in ‘Mukund Mohan: The Chronicles Of Napkin-Ville’.