Report by Limelight Networks is based on responses from 5,000 consumers across 10 countries 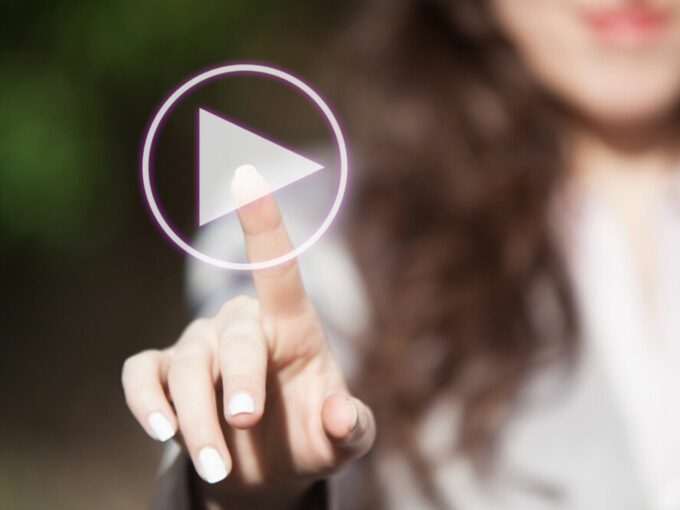 Besides greater internet adoption, the Covid-19 pandemic has also forced many to alter their online consumption patterns.

India is not far away in adopting such behaviors as well. According to “How Video is Changing the World 2020”, a research report by Limelight Networks, Indians spend five hours and 16 minutes per day on online videos, which is highest in the world. Almost 7.1% of Indians stream video for more than 12 hours every day. This is the largest in this category, The three Scandinavian countries of Denmark, Norway, and Sweden are second with 5.1%. South Korea, France and the UK are the countries with the lowest average viewing in the world. 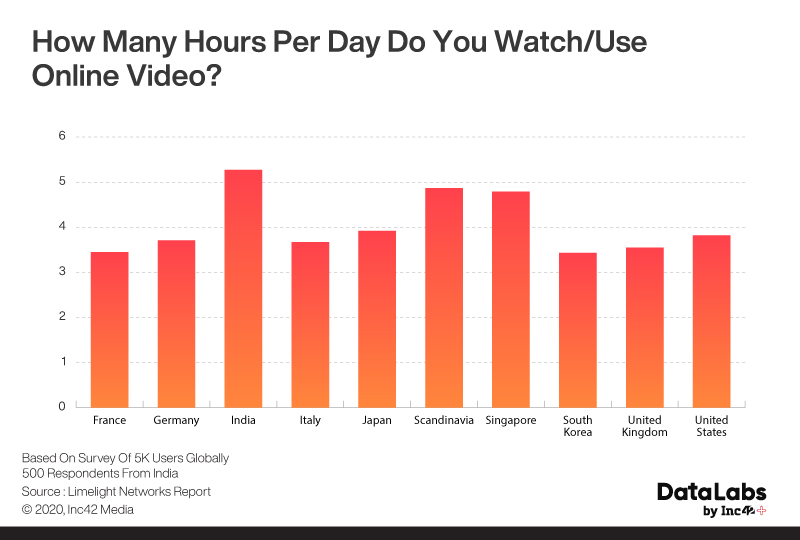 This report is based on responses from 5,000 consumers in France, Germany, India, Italy, Japan, Scandinavia, Singapore, South Korea, the United Kingdom, and the United States above 18 years of age. The report has tried to analyse users’ online video consumption across all possible aspects ranging from education to teleconsultation. Interestingly, India too has been adapting to these services with open arms.

Users Not Vary Of Teleconsultation Service

The report reveals that almost 45.8% of Indians, the highest among other countries, have consulted a doctor online in the last two months. 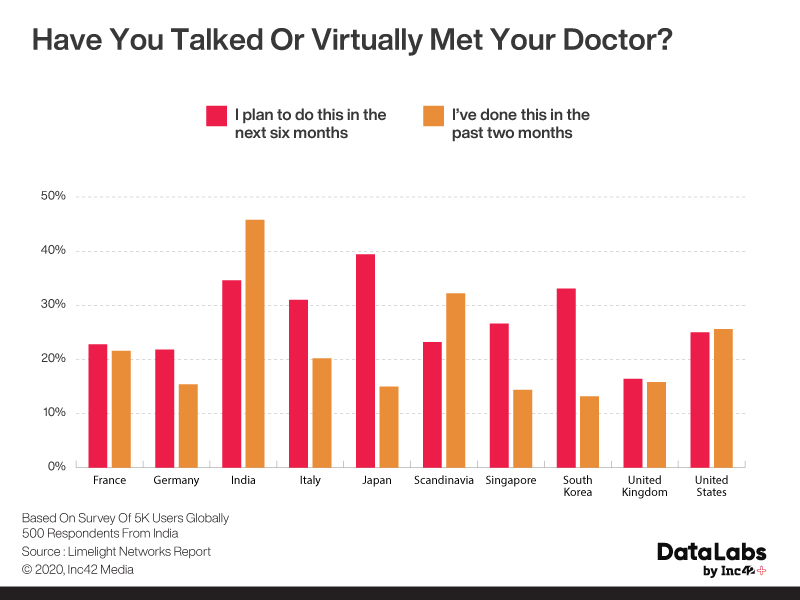 While 34.6% are planning to do so in the next six months, it’s second only to Japan’s 39.4%. Notably, only 19.6% of Indians have not consulted virtual medical services in the last two months and don’t plan to do this in the future. This is the lowest amongst these countries.

In India, the Insurance Regulatory and Development Authority of India (IRDAI) has asked insurance companies to process insurance claims for telemedicine consultations while following the terms and conditions of medical insurance policies.

Meanwhile, almost 90% of the Indian respondents had used video chat with friends and family prior to the pandemic, proving that the video conferencing trends is not a new concept for the country. 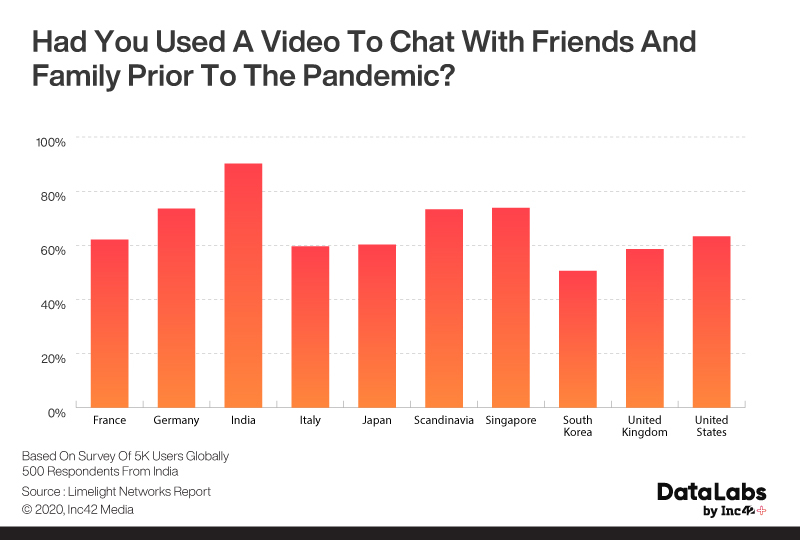 Virtual Classes Not That Far Behind

Indians have also been lapping up virtual classes.  For instance, almost 55.6% of Indians have attended some form of online fitness class or virtual workout in the last two months, while another 26.8% are considering joining one in the next six month. Only 17.6% have not joined one and are not looking to so either. 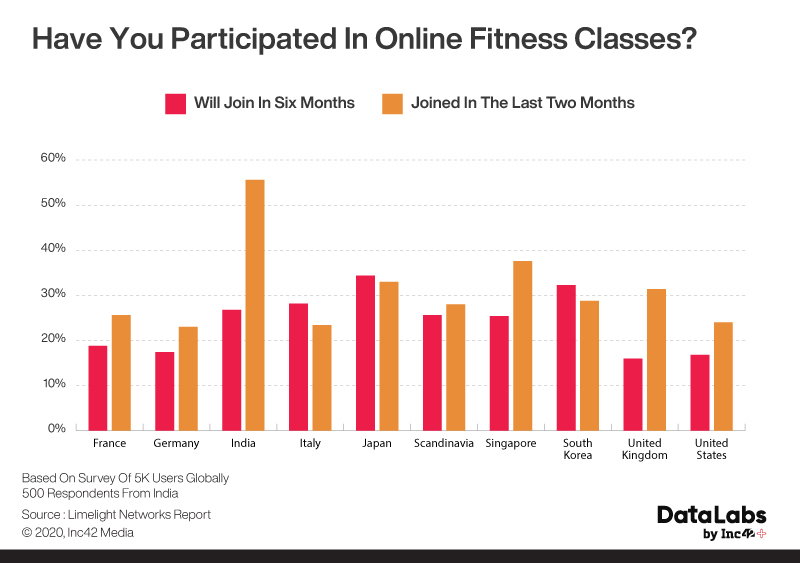 Meanwhile, the pandemic has also led to many taking up new hobbies and skills. As per the report, nearly 58% Indians have taken virtual sessions to develop a hobby, around 29% are looking to attend one, while 13% are not looking to join the bandwagon.

Globally, almost 32.1% have attended such classes to develop a hobby, and 34.2% have contemplated doing so. Nearly 33% of the global audience have not joined one, and are not looking to so either. 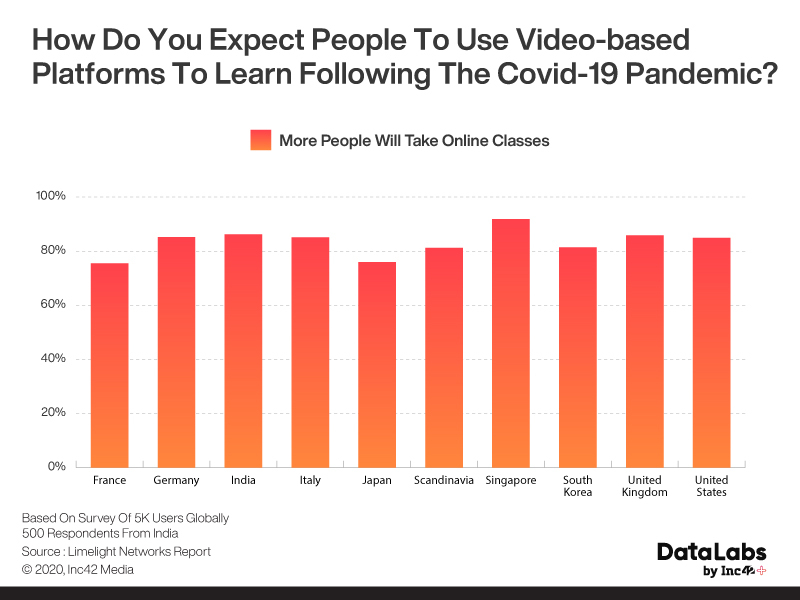