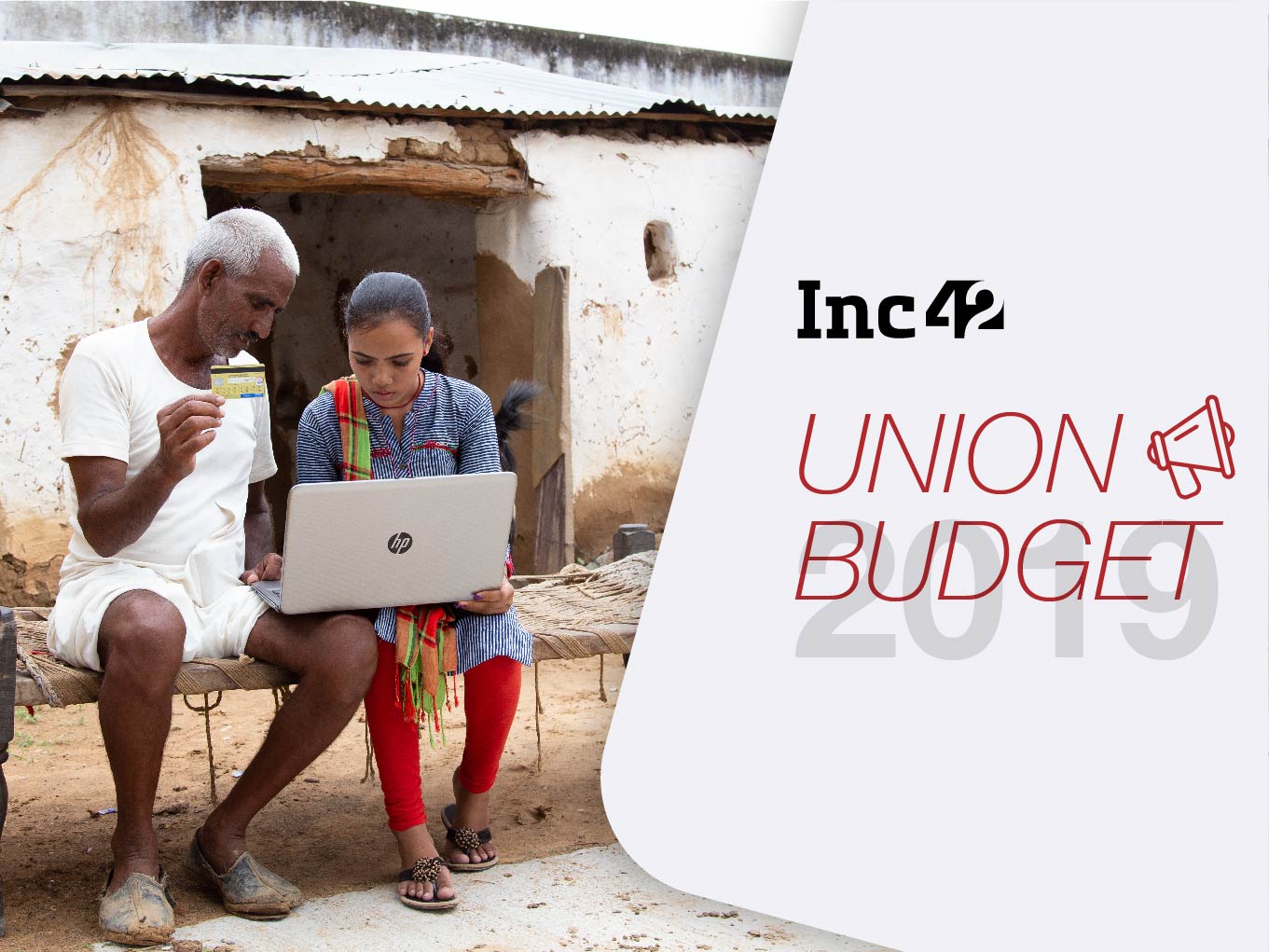 This Inc42 Pre-Budget Survey seeks what startups and VCs expect FM to address, this budget

One of the biggest challenges for the new Narendra Modi government in India will be the Budget Session that begins on July 5. With Finance Minister Nirmala Sitharaman all set to present the budget, all eyes now turn on the financial policies of the new government.

In February 2019, the then interim finance minister Piyush Goyal had already presented a budget outlay for the Financial Year 2019-20 at INR 27.8 Lakh Cr, 13% higher than the Revised Estimates (RE) of the FY19 budget.

The government has already announced and implemented PM KISAN Yojana, and has extended full tax rebate to the INR 2.5-INR 5 Lakh annual income class too. This will effectively cost INR 1,05,500 Cr.

Among a slew of other announcements that will benefit the Indian startup ecosystem were:

According to the previous Inc42 Union Budget 2019 survey, the demand to remove angel tax provisions and bring transparency into the process of angel funding was one of the top expectations from startup founders and investors, which has since received clarity. While former finance minister Arun Jaitley’s 2018 Budget at least acknowledged the issue, saying that “Venture capital funds and angel investors need an innovative and special developmental and regulatory regime for their growth,” the Interim Budget from February 2019 steered clear of the issue.

But there’s more work to be done to boost the ecosystem. The major concerns range from incentive programmes for electric vehicles and cleantech, issues pertaining to Section 56 (2)(viib) and Section 68 of Income Tax Act, lack of healthcare or defence-related innovation fund, GST issues, tax breathers for ecommerce and FDI in epharma have remain neglected owing to the General Elections 2019.

However, after a massive victory, the Modi government has a  plethora of issues to deal with including a record high unemployment, deepening economic crisis, US-Iran sanctions implications and the trade war within WTO.  Given this SItharaman will perhaps have very little room to stamp her authority while presenting her first budget as the finance minister.

If you are a founder, investor, startup management team or anyhow related to the Indian startup ecosystem, this is your chance to make your voice heard. Inc42 has created this simple form — Inc42 Pre-Budget Survey — where you need to identify and prioritise your concerns that will further be handed over to the ministry of finance.

Fill The Form To Let Us Know
facebooktwitterwhatsapp