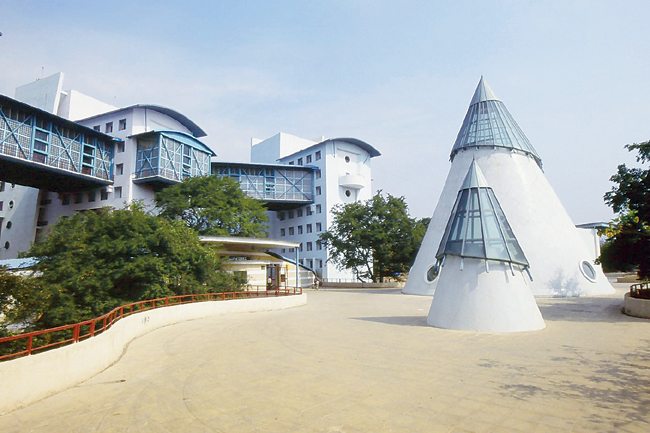 The Indian Institute of Technology Bombay (IITB) will launch its Entrepreneurship Centre and a Research Park that is expected to boost the start-up energy prevailing in the institution in July.The recent success of start-ups launched by former IITians like Housing.com and Ola Cabs, has acted as a source of motivation and encouragement for the students of the institute who now believe that anything is possible and are starting their own ventures.

IIT-B’s Desai Sethi Centre for Entrepreneurship has already received a fund of 6cr from Syntel co-founders Bharat Desai (1975 IIT B alumnus) and Neerja Sethi of the DS Foundation (Desai Sethi Family Foundation). Another 100cr grant is expected from the Human Resources Development Ministry for the establishment of the Research Park. IIT itself will put in  5 crore for the facility.

“The new facility will enable IITB to become the nucleus of entrepreneurship in the Powai Valley, similar to the role played by Stanford University in the Silicon Valley and MIT in Route 128”, says Prof Devang Khakhar, Director, IIT-B. Today, companies of Stanford alumni account for more than 50 per cent of Silicon Valley’s product. Places around the world have tried to replicate the Valley’s success and IIT’s Entrepreneurship and Research Centre seems like a similar effort.

While the infrastructure for the Centre is ready, the over 2 lakh sq ft area Research Park housing 200 research and development units of private companies and corporates is being set up. “Emerging technologies like Nanotech, Biotech, Materials and Green Economy will get a thrust”, says Prof Kusre,head of the IIT Entrepreneurship Cell . Moreover, two new programmes — a B.Tech Minor in Entrepreneurship for undergraduates and a certificate programme for a PhD in Entrepreneurship — will be announced shortly.

The Research Park will have R and D units of private companies incubating on fresh ideas. At IIT’s incubator, 17 companies started by IITians are already running trials.The centre will provide mentorship, micro-grants and networking opportunities along with networking and alliances with academic institutions and agencies across the world. The courses will leverage renowned faculty from international institutes.The centre will allow private companies and corporates to collaborate with IIT for research facilities, mentorship, intellectual capital and interns from the student pool.