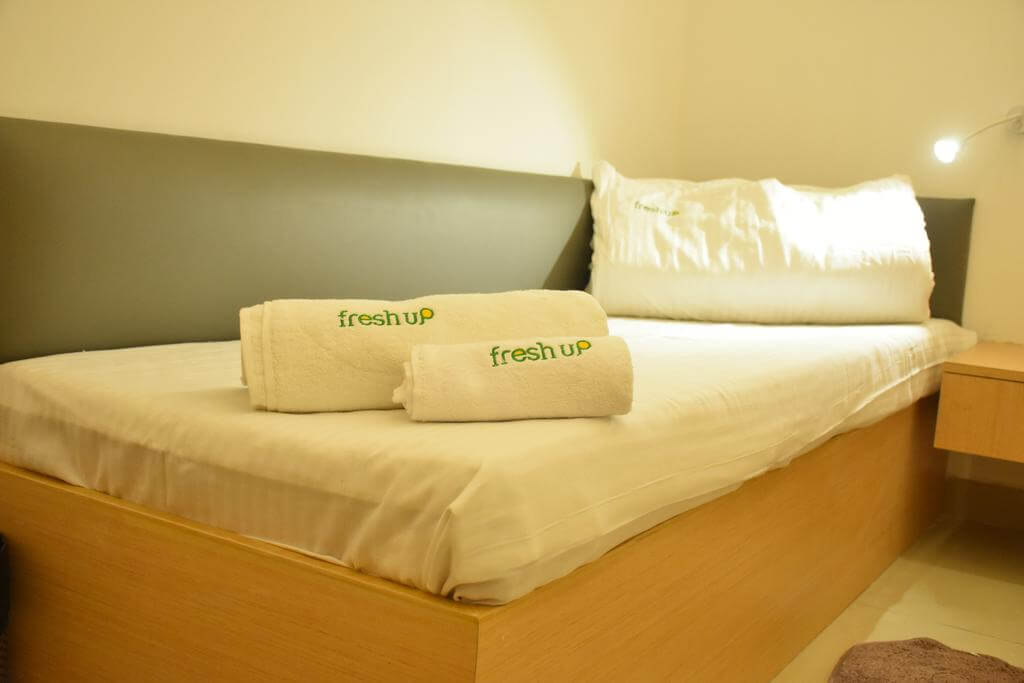 The Hospitality Startup Plans To Expand Its Properties Across South India

Commenting on the funding, Vinyl Reddy, CEO of FreshUp said, “We are using the investment to expand into other geographies including Guruvayur, Bengaluru, Chennai, Sabarimala. The ecosystem does not offer much for travellers just seeking to freshen up for a couple of hours and is offering rooms at starting from Rs 249, according to the number of hours used has helped us rake in investments.”

Founded by Pothala Vinyl Reddy Laxmi Narasimha in 2016, Freshup (Fresh Minds Services Pvt Ltd.) offers micro stay services based on ‘pay as one uses’ model at poshtels to short-stay travellers. The startup currently has its properties in Hyderabad and Tirupati. The startup aims to cater to travellers specifically shoppers who require few hours to freshen up. The startup’s poshtels also provide safe lockers and food services.

The hospitality startup is also looking forward to partner with small-scale investors/entrepreneurs who are willing to invest in properties. Under the partnership, these entrepreneurs can invest 50% or more of the entire property cost and Freshup will hand-hold them for three years. Reddy added, “Initially, they would have a share of the profit and after three years, they would singlehandedly manage the property.” Cofounder Mohan Ramalingam stated that setting up a Freshup property would cost the company around $7.7K (INR 500K).

Reddy had earlier said that their plan was to roll-out Freshup services pan-India within two years. The upcoming properties in Chennai, Coimbatore and Tiruchy will be based on the metro-poshtel model, whereas Madurai, Velankanni, Kancheepuram, Tiruvannamalai and Shirdi will be based on the pilgrim centres model.

Hospitality is one of the sectors which despite having a low profit-margin game, and occupancy in India has attracted many entrepreneurs. While StayZilla, Zostel, RoadHouse, RedDoorz, and many have successfully attracted funding owing to their unique model; however, it is worth noting that StayZilla and some other hospitality startups couldn’t sustain over the period. It will be interesting to see if Freshup model is viable in long-run.

[The development was first reported by TOI]