A recent decision has allowed startups to cut salaries of employees

Earlier, the home ministry had made it mandatory for employers to pay full salaries 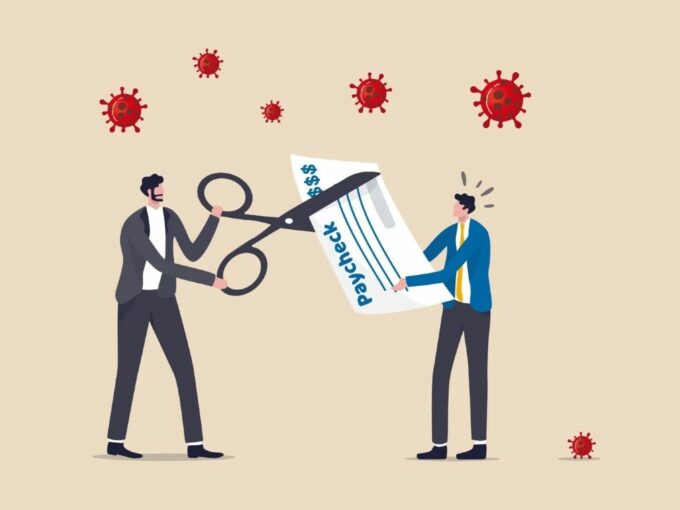 A recent decision by the government has now allowed startups and private companies to cut the salaries of employees as they draw plans to tackle the Covid-19 induced economic slowdown.

In a new notification, the home ministry has withdrawn its March 29 circular which had made it mandatory for all private enterprises to pay full salaries to their employees irrespective of their presence or absence in the workspace during the lockdown. The rule was also applied on micro, small and medium enterprises (MSMEs) as well.

The home ministry had passed the March 29 order after media reports surfaced that several companies are not paying wages to employees while several others have laid off thousands.

The revised guidelines will come into the act and will be applied during the fourth phase of the lockdown. Lockdown 4.0 or fourth phase of lockdown came into effect from Monday and will continue till May 31. “Save as otherwise provided in the guidelines annexed to this order, all orders issued by the NEC (national executive committee) under Section 10(2)(I) of the Disaster Management (DM) Act, 2005, shall cease to have effect from 18.05.2020,” the ministry said in its recent notification.

Earlier, the Supreme Court of India, in its ruling on May 15, had already put on hold the MHA circular asking startups to pay full salaries to their employees. The apex court ordered law enforcement agencies across India not to prosecute private establishments which were unable to pay full wages to workers.

Some of the companies, which had knocked the doors of the Supreme Court including Ludhiana Hand Tools Association and Ficus Pax, were of the opinion that making such payments will lead to the closure of many of the units and will ultimately cause permanent unemployment.

The petitioners also alleged that the Indian government put the entire burden of the lockdown on employers by forcing them to pay full wages to the employee. They also criticised the government for not taking any substantial measures to protect the interest of MSMEs.

During the court hearing, petitioners had maintained that Section 25M of the Industrial Disputes Act provided the right to employers to layoff workers in case of a natural calamity like Covid-19 pandemic.