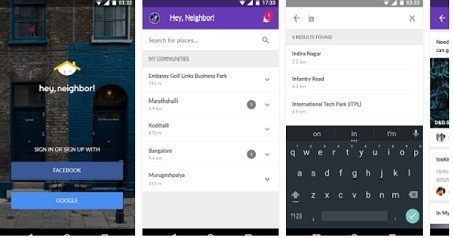 In recounting the paradoxes of our age, His Holiness the Dalai Lama states,

“We’ve been all the way to the moon and back.


But we have trouble crossing the street to meet the new neighbour.

We built more computers to hold more information, to produce more copies than ever, but have less communication.”

His words could not be truer today than ever. Through social media, we know in real time what goes in the other corner of the world, but we are blissfully unaware of what’s happening in our neighbourhood. We chat with far flung people in different geographies through Facebook, Whatsapp, Skype and more, yet we find it difficult to chat with our neighbour next door. What if we could engage with our locality in a similarly easy way? It is with this intent in mind that Scrollback, a startup that hosts chat rooms for communities to connect, communicate, confer and collaborate, came up with the idea of Hey Neighbor – a locality based community group chat app.

The experiment started in August end in Bangalore, where Scrollback launched the Hey Neighbor app which uses the same open platform chat technology as Scrollback. The app was rolled out in 200 odd localities in Bangalore, with the idea of connecting users to their locality. The aim was to enable people to crowd source locality information, easily find solutions to their needs right next door and come together as a neighborhood and solve their local problems. People who are not part of a specific locality can also join in a locality’s depending on their interests.

Scrollback wanted to see what kind of communication would happen on this platform and they realised that people have a lot to talk about! 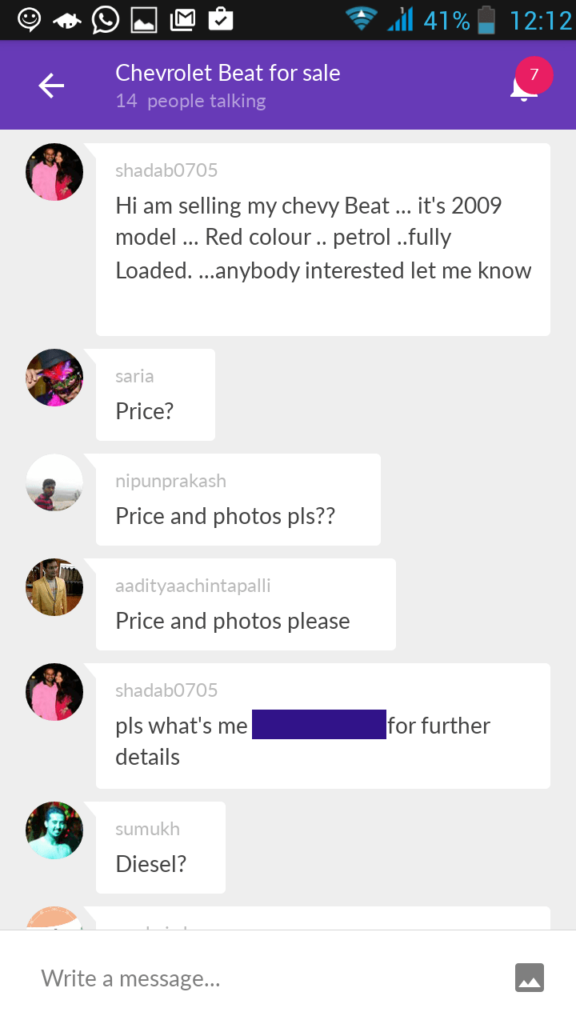 From looking for sports activity partners to helping each other find basic and emergency resources like 24 hour chemist shops,  to selling things in the neighbourhood, to promoting hyper local business, to locating car pools or simply helping someone in dire need such as to donate blood, the app was used by users to engage in multifarious ways. Not only that, it also encouraged people to engage offline through community events and activities such as food walks or even finding yoga partners.

Following are some of the snapshots of how people used the app for various queries. This prompted Scrollback to extrapolate it from Bangalore-where now it has some 10,000 users on board to Mumbai and Pune around Diwali.

Says co-founder Gaurav Srivastava , “ We are posting 25%+ week on week growth both in users as well as engagement. While we continue to on board more users in Bangalore, we look forward to launch the app in Delhi thereafter.” As of now, both the Mumbai and Pune communities are catching up and have crossed 20,000 users.

In order to prevent misuse and untoward incidents, there is a moderation team in place. However, most of the time, it’s the community that is given the free hand to set rules about what kind of community they want and how would they harness the platform effectively. In case someone has an issue, people can flag it. The person would be warned the first time, but on repeat behaviour, he is banned from the community. Additionally, the app does not by default ask for private information from the user, hence guaranteeing his privacy and security.

While the major intent of Hey Neighbour is to be a peer-to peer group support platform and get communities talking, the interesting part is that the app also is witnessing a lot of interest from hyper local businesses. Says Kashmira Chawak, who heads Marketing and Community, “We have seen shop owners and individuals promote themselves on the app. It’s an interesting product for the hyper local business space and we are exploring a couple of relationships with such businesses.” 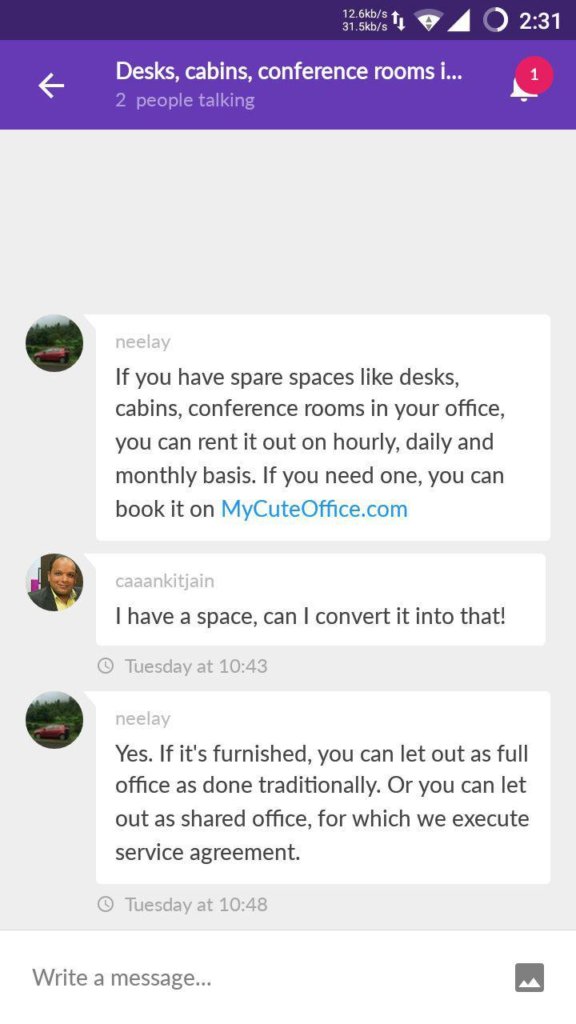 While the startup did not divulge much on how it plans to extra polate these opportunities being still in its nascent stage, but Kashmira’s words may well hold true in times to come given the boom in hyper local commerce due to chat based apps. Case in point is the many chat based app services such as Helpchat, Lookup, Goodservice, which are trying to disrupt local commerce in India. As per Deepak Ravindran, CEO of Lookup, this is a $750 Bn industry, given the fact that India has one of the highest shop densities in the world and over 45 million local businesses. It would not be surprising to Hey Neighbour to soon start leveraging this huge opportunity presented by chat based commerce, given the fact it is targeting on boarding thousands of communities on the platform.

Towards this, the startup had already engaged in some hyper local promotions during its initial marketing efforts, which it can explore as number of users increase on the platform.

Hey Neighbour plans to roll out in four metros by the end of this year and to top 10 cities in India in the first quarter of 2015. Post that, the startup will also aim to penetrate more countries in Asia.

Commenting on their growth plan, Gaurav stated, “When we started out in Bangalore, we took it a bit slow as we wanted to see how we could develop this community. Given the response, however, we look towards getting some 100,000 users by next February. The focus nevertheless will remain peer-to-peer support while simultaneously figuring out how it can get businesses to help.”