With The Latest Funding MedGenome Will Expand Its Reach Across India 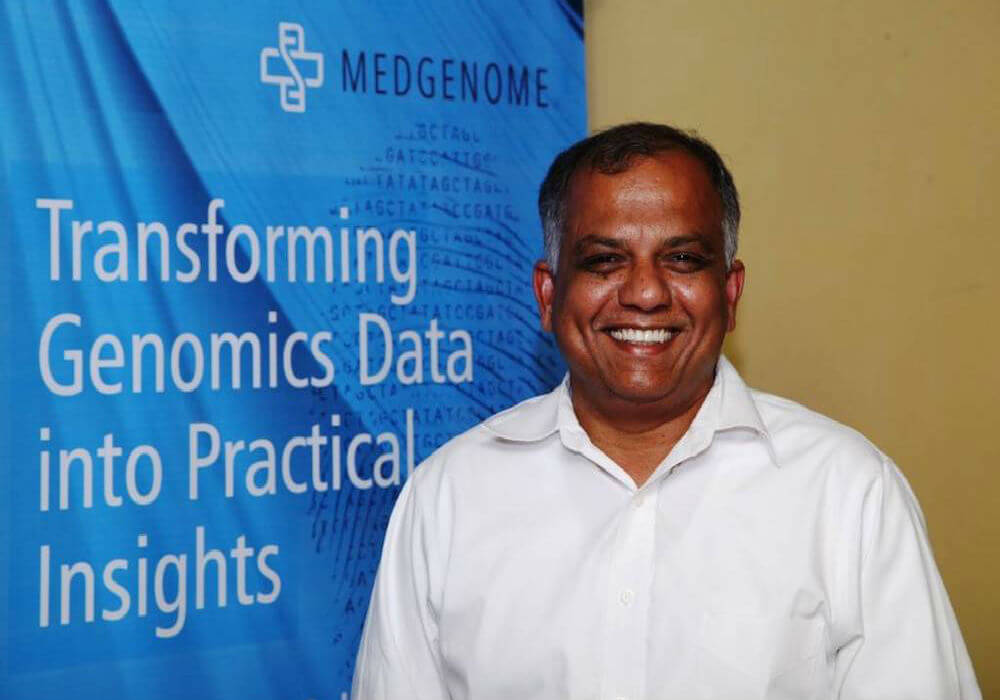 Bengaluru-based genomics research and diagnostics company MedGenome has secured an additional $10 Mn funding from HDFC Ltd., HDFC Life and HDFC Asset Management to complete its Series C round of  $40 Mn.

Earlier in August 2017, MedGenome secured $30 Mn in Series C financing led by Sequoia India and Sofina s.a. With participation from Zodius Capital, Kris Gopalakrishnan of Infosys, and Lakshmi Narayanan, former CEO of Cognizant. This made the total amount of funding raised by MedGenome to date to around $64 Mn.

“We believe understanding genetic information can have a big impact on Indian healthcare industry through early detection of disease risk and development of new medicines. We have thus decided to support MedGenome in its endeavor to make genetic tests affordable and accessible widely,” said Deepak Parekh, Chairman, HDFC Group.

MedGenome will utilise this capital to expand the clinical genomic testing market by penetrating all the Tier II and Tier III cities. It further aims to democratise the critical genetic tests like noninvasive prenatal screening (NIPT) and new-born genetic testing.  The company also plans to establish more genetic centers in hospitals across the country to support clinicians and to enable patients to make informed decisions.

MedGenome claims to have completed over 100,000 genomic tests and supported clinicians in diagnosing more than 40% unresolved cases. About 6% of the children born in India have inherited pediatric diseases which is double the worldwide occurrence rate.

“MedGenome’s goal is to significantly reduce the burden of inherited diseases in India and assist clinicians in implementing precision medicine. We are excited about partnering with HDFC to increase adoption of genomics across India.,” said Sam Santhosh, Founder and Chairman of MedGenome.

MedGenome was initially incubated as the human genomics division of SciGenome in Kerala itself. In 2013, MedGenome restructured and its headquarters were shifted to Bengaluru to set up an NGS (Next Generation Sequencing) lab – which claimed to be India’s only lab to possess NGS technology machines, such as Illumina’s Hiseq X 10, 4000, and 2500.

Another similar venture in this space is Hyderabad-based Mapmygenome, the company behind the personal genomics and predictive tests brand Genomepatri. It uses state-of-the-art technology to decode and understand an individual’s DNA and provides actionable steps for individuals and their physicians towards a healthier life. It offers a plethora of mapping tests  such as Genomepatri™, CardioCardiomap™, Oncomap™, Gynaecmap™, Brainmap™.

With the latest round of funding from HDFC Group, what new innovations MedGenome will bring on stage working towards a noble cause, will be something to watch out for.