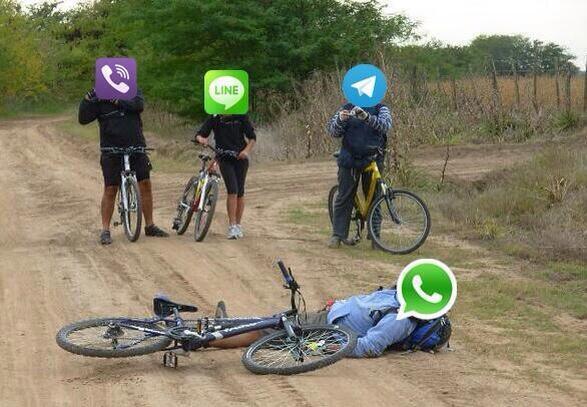 And it happened once again, after its acquisition by Facebook three months back, this is second time Whatsapp witnessed a services outrage, which was restored in a few minutes. Whatsapp service appeared to be down for most of the users worldwide, we are yet to hear some official confirmation of this disruption and about the reasons behind this downtime.

Being a popular messaging services used by people across the world, a lot of people were seen cursing whatsapp for it being down on twitter, while max were cursing Facebook for the same.

Ever since Facebook has acquired Whats App it keeps crashing every now and then!

Dumb whatsapp man. Since Facebook bought them they always mess up

So What You Did When Whatsapp Wasn’t Online?

Well, apart from complaining about whatsapp not working on social networking sites, people were seen telling the world about what they should when their favorite messaging app goes offline. Like talking to their families..! Here are few interesting tweets:

So what if #Whatsapp stopped working. Go meet you family and have a chat with them. It’s worth it #trustme!

Hey @WhatsApp thanks for those few minutes i spent with my family, turns out they’re nice people.

Whatsapp stopped working and I got into a small chat with my family. Conversation was amazing. I should’ve met them earlier.

Related: Whatsapp – Why You No Online ?

Recently, Whatsapp has crossed 500,000,000 regular users around the world and it is growing fastest in countries like Brazil, India, Mexico, and Russia. There are over 700 million photos and 100 million videos shared on its platform every single day.

A few weeks back, Facebook also suffered from a bug, where users were unable to see content in their newsfeed.