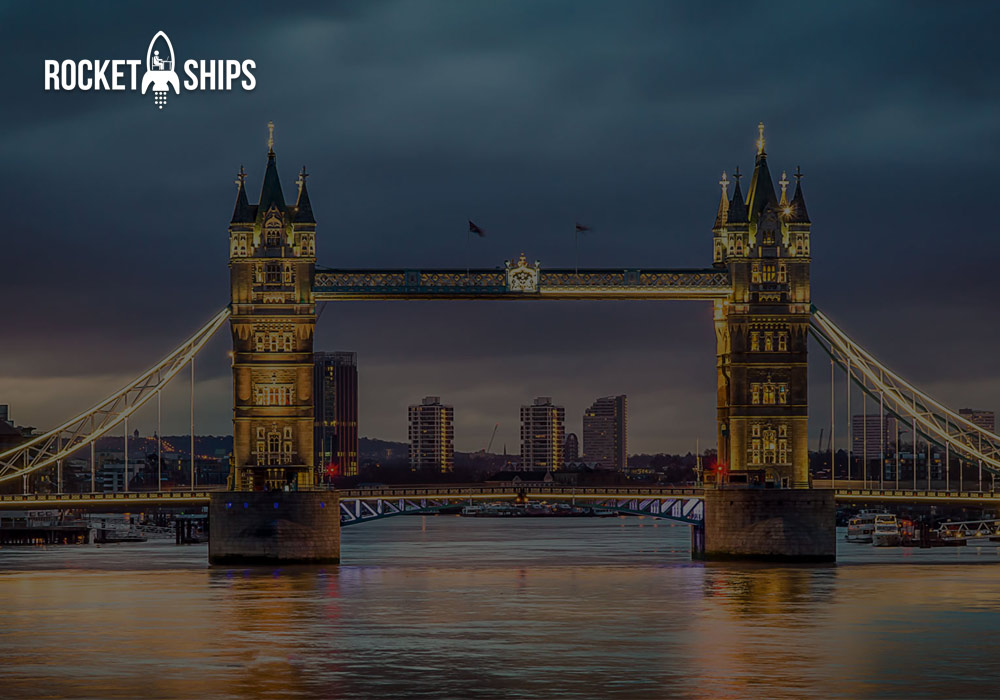 The ‘RocketShips to the UK’ initiative launched by the UK Trade & Investment (UKTI) in association with iSPIRT, gives startups a platform to transform their ideas into fast-moving and hyper-growth ‘rocketships’ globally. As part of the program, the startups get networking opportunities and mentoring sessions from experienced industry leaders, veterans, venture capitalists & mentors, and access to vital resources.

GREAT Tech Rocketships (GTRS) initiative was started last year with an intent to provide a platform to startups with innovative and disruptive ideas that have the potential to scale up globally. Last year, close to 300 startups had sent their nominations, of which 61 ideas were shortlisted. Consequently, five startups were declared winners which included Agrima Infotech, Congruent Solutions, Frilp, ToneTag and Talview.

These startups got the opportunity of a fully paid week long trip to the UK, a chance to interact with investors, local entrepreneurs, policy makers, accelerators & incubators, and a guided tour of Tech City, innovation hub and science tech-park, where they could network with like-minded entrepreneurs, startups, research scholars and pioneering companies, explore local entrepreneurship eco-system in the country and identify opportunities to scale up their business in the global level.

Says Prajakt Raut, founder of The Hub for Startups and Applyifi.com, on the importance of tapping global markets,

“Many Indian startups have concepts that also have a relevance in market outside India. In fact, in some cases the market opportunity in the US or European or African markets could be much stronger than the opportunity within India. But most of our startups automatically think of India as their base market, primarily because of the proximity, but largely also because they do not have a way of accessing an ecosystem in those markets. It’s almost like saying ‘I am based in Aurangabad, and hence I will first try my enterprise software product in Aurangabad because I do not have access to markets in Mumbai’. It’s almost the same thing as an entrepreneur saying ‘Even though US and UK will eventually be my most important markets, let me first launch my product in India, because I don’t know how to tap the US and UK market’. By not exploring international markets, many startups may end up ignoring a critical success factor of their business. In some cases ignoring markets outside India may make the journey tougher for them.”

We spoke to the last year’s winners to understand how being selected for the GTRS initiative impacted their growth and boosted their prospects.

Talview (previously known as Interview Master) is a video interview platform, based on the concept of asynchronous video interviews. It is a platform  for recruiters to screen candidates effectively bringing in substantial savings in terms of time & efforts related to face to face or telephonic interviews. The venture was co-founded by Sanjoe Tom Jose, K. Subramanian and Jobin Jose. Sanjoe shared his experience of winning the GTRS 2015 impacted Talview with  Inc42. 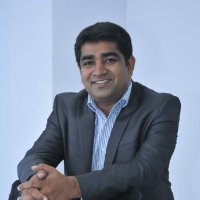 Said Sanjoe,“It gave a global validation to our business model. One week we spent in London for the local ecosystem immersion program helped us understand what the market potential is for Talview in Europe and UK. It also helped us connect with key stakeholders in London’s startup and business ecosystem.”

Major Boost: He stated that a major boost was the support system provided by them including market research. The exposure helped Talview to fine tune the product and sales pitch to suit the European market better.

When he was questioned about the change in status/ strategy/ opportunities post winning GTRS, Sanjoe said, “Winning GTRS helped us to scale up our customer base in UK.” 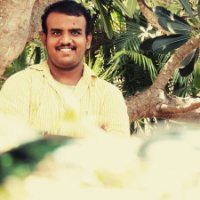 According to Arun, Agrima got a  good mileage in the stream of customer acquisition and in funding scenarios. He added that it is a good initiative and especially suited for companies who want to know how the UK government helps Indian startup companies to set base there.

Major Boost: He stated that as a major boost, Agrima got huge exposure in branding. Additionally, it also enabled Agrima to acquire customers in UK.

Congruent Solutions Pvt Ltd, is an IT services provider specialising in pension administration industry. Incorporated in 1986, Congruent provides a host of retirement administration and technology development services to various companies in the US, the UK and Singapore including Fortune 500 companies. The firm has been co-founded by Arun Sarathi, Balaraman Jayaraman, and V. Chandrasekaran. 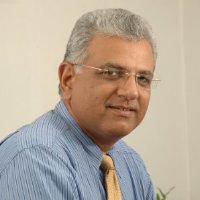 Speaking to Inc42 about winning GTRS 2015, Balaraman stated, “Even though we are not technically a startup but we had a new product division which participated in the event and won. Since Congruent Solutions already had a footprint in UK, the GTRS did not do much for us on that count. However, I would say that the event would prove more helpful to startups which do not have any traction there. India and UK have so much in common, thus the UK becomes a natural place for Indian companies to gain traction. In that regard, the event proves helpful to startups by providing  support and exposure to foreign markets.”

Chennai-based Frilp was founded by Shanmuga Anandaraman and Senthil Kanthaswamy in February 2013. It is an online platform that helps users discover a shop or service through their friends and people. Frilp (Friend’s Help) is powered by your friends and an advanced algorithm that recommends the shops and services that are best suited for you. In October 2015, Chennai and San-Francisco-based online customer service provider, Freshdesk, acquired Frilp, moving all 19 employees of Frilp to its development centre in Chennai. 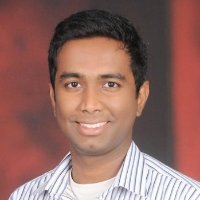 The platform helped Senthil understand European markets, specifically in UK. “We got to meet interesting entrepreneurs and got to understand what it takes for us to expand to Europe through UK, the facilities available (like the Landing @ Manchester, Funds available etc, and how we can accelerate our business to expand globally,” he added.

Major Boost: Senthil stated that having been noticed through GTRS, Frilp got a good amount of interest from international companies for partnerships, in some cases investment as well. 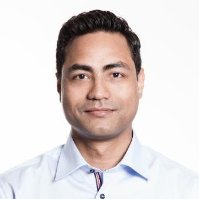 For Kumar Abhishek, the initiative provided them the thrust they required in the initial stage. “It provided us a platform to showcase our product to global audience during the Demo Night in London, a city considered by many as the hub of Fintech. It also led us to the landing where we got good insights and contacts. The media visibility, networking, knowledge and guidance gained through GTRS has been invaluable throughout this crucial year for ToneTag.”

Major Boost: Abhishek stated that being a GTRS meant that ToneTag got an immense presence among its peers. He added, “The coverage received through GTRS in the global and Indian media meant more and more people are aware of us. This has led to the many accolades that have come across our way and has helped us build many exciting partnerships. We also raised our series A in July 2015, post winning GTRS.”

Speaking about the change in status/ strategy/ opportunities post winning GTRS, Sanjay said, “ There have been some changes to our approach since we won the Great Tech Rocketships. It gave us a platform to go global and a wonderful opportunity to collaborate with Tech Hub and UKTI. Since the win, ToneTag has been growing at a very rapid pace as the resources obtained at GTRS have helped ToneTag realise its global ambitions and helped us to build partnerships with some of the biggest names in Fintech space. Today, we boasts of partners across continents.”

Great Tech RocketShips is now in its second year and is accepting applications from Indian startups. You can apply by filling this form, with a brief about why you want to explore UK market. The shortlisted applicants will be invited to pitch to a panel of experts at various locations in India including Bangalore, Chennai, Mumbai and Gurgaon.

Consequently, the top 10 teams from the regional rounds will be invited to a week-long mentoring program, where they will get advice and inputs from experienced entrepreneurs and investors. Lastly, these startups will pitch to a high-powered jury at the finale that includes  Sharad Sharma, ex-CEO of Yahoo! India R&D; Julie Lake, co-founder of FinTech50 and Director of FinTechCity; Baz Saidieh, CEO of TrueStart; Ian Fordham CEO of Edtech UK; Satyam Bansal, director Strategic Alliances and Gift Cards; and Prajakt Raut, founder of The Hub for Startups and Applyifi.com.

Thus, will be decided the winners of this year’s GTRS edition who would not only win a  week-long trip to the UK but also a chance to explore local entrepreneurship ecosystem in the country and identify opportunities to scale up their business in the global level.

Speaking about this opportunity, Sharad Sharma, co-founder and Governing Council member of iSPIRT aptly summed up, ”

In today’s environment there is no excuse for high-potential entrepreneurs to restrict their vision and aspirations to domestic markets. Access to market opportunities, and resources used to be a ‘perceived challenge’. Not so any more. There are enough platforms that can facilitate access to global markets for deserving early-stage companies. GTRS is one fine example of what global partnerships can do to connect two entrepreneurial ecosystems. I urge entrepreneurs to think large, think global. Do not limit your vision due to perceived challenges. If you have the right products, there are enough well-meaning platforms to facilitate your access to global markets.