Personal information, including name, Aadhaar number, age, mobile number, will be collected by the portal

No information on whether Centre will delete data after the pandemic 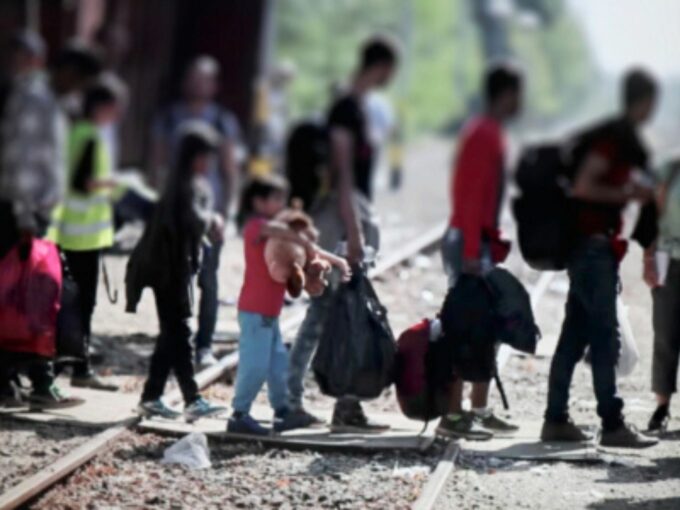 In a bid to facilitate smooth movement of stranded migrants across the country, the National Disaster Management Authority has launched the National Migrant Information System (NMIS) portal.

In a letter written to all the state and union territory authorities, home secretary Ajay Kumar Bhalla said that the dashboard captures information regarding movement of migrants. He expects that the data points collected by the government are going to facilitate the smooth movement of stranded persons across states.

As of now, there have been no clear instructions on whether the states/UTs will have to mandatorily give out the data of migrants. Moreover, Bhalla, in his letter, has not specified whether the portal is limited to deal with the pandemic or the Centre will continue using the data collected by the states and UTs. The letter also isn’t clear on whether the government will delete the data after the pandemic.

How Will NMIS Work?

The NMIS portal, which is built on an existing NDMA-GIS platform, is a central repository of migrants data. It is going to facilitate the transfer of data sharing between the states, UTs and the Centre. States/UTs can also seek and give permission for movements of migrants through this platform.

The letter has asked authorities of states and UTs authorities to upload individuals’ data which has been already stored with them. They will have to upload this data in batches to the NMIS portal through an application program interface (API). At this moment, there has been no clarity by the Centre on whether the API has already been built or who is the maker of this API.

How Data Will Be Collected And Used

The government has asked the Centre to send ‘standardised’ data which has been already collected by the states. This data includes personal information such as name, Aadhaar number, age, mobile number, district of origin and destination, date of travel, current address, permanent address, states on the route if it’s a bus journey, and mode of transportation.

The states are also segregation and uploading migrants data based on whether they are labourers, students, tourists, pilgrims, etc. There has been no clarity from the states on why they are collecting Aadhaar numbers. Earlier, Odisha had made it mandatory for migrants to submit Aadhaar details before entering the state. However, the state authorities later made it optional, according to a report by Medianama.

A unique ID for every migrant will be created which will have all the data linked to it. These IDs will be given to the ministry of railways by the states for requesting trains for migrants. “This way, the data will be visible to destination states as well for “further monitoring,” Bhalla said.

Meanwhile, the government hasn’t clarified if it is going to use the Mobile Subscriber Migration system developed by the Empowered Group 9 or not. The letter also doesn’t have any related information if NMIS will grant permission to the Centre to track the individual’s movement or the organisation will share the data in an aggregated and/or anonymised manner.

The master developed is expected to allow states to facilitate logistic management, risk index, quarantine alert etc. The data is going to be shared with all the nodal ministries including state/UT ministries, railways ministries and other stakeholders.

All the state governments will have to appoint a nodal officer at the state and district level for the implementation of this mega project. These officers will ensure that data is safely uploaded to the portal in the said formats.