#TheInc42Show: Is Contactless Food Delivery And Dining Real Or Just Hype For Consumers?

#TheInc42Show: Is Contactless Food Delivery And Dining Real Or Just Hype For Consumers? 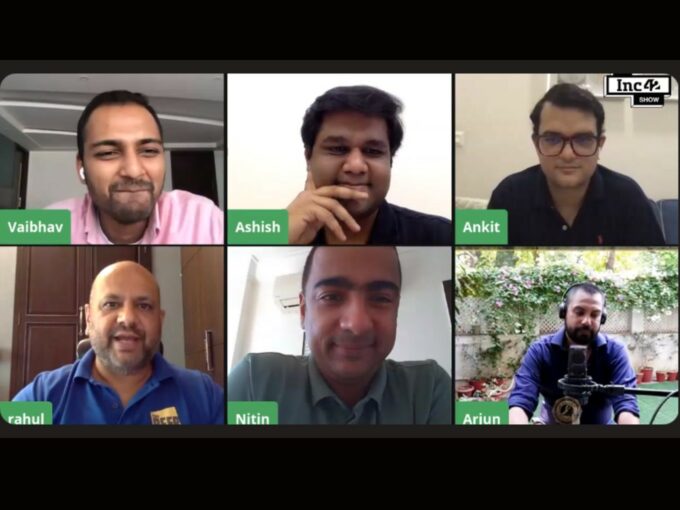 Being at the intersection of food and beverages as well as the entertainment industry, the dine-in industry has been hit by the shockwaves of the Covid-19 crisis in a severe manner.  The restaurant industry must go back to the drawing board and rewrite the rules of the business as the pandemic and the lockdown has disrupted consumer behaviour and the future of the food industry itself.

In many ways, the revival of the food and restaurant industry is even more difficult than the travel and tourism or hospitality industry. Restaurants are usually not large companies like airlines or hotel chains and the lockdown has hit these small and medium independent businesses hard with the loss of manpower, revenue and rising costs such as sanitation and tech enablement.

They also had strong opinions on cloud kitchens or dark kitchens and raised questions on their hygiene standards and economics, which would be something the industry has to answer in the coming days.

Talking about the numbers, Dineout cofounder and CEO Ankit Mehrotra said that never before has the entire restaurant industry been shut throughout the world, not even in war.

“Numbers are down massively across the board, in a lot of cases by up to 90%-95%. And it’s not just because the restaurants are shut. It’s also because the consumers have this inherent fear in them. And I think everyone’s sort of bleeding right now. And whoever says they’re not then you know, probably not saying it right,” he added.

POSist’s Ashish Tulsian said that among their customers, revenue has been down by 96.5%. “The total revenue which restaurants were doing in our universe is down at an aggregate level by 96.5%. The 3.5% revenue, which is coming out from 9% customers which are open for delivery in our universe, so, 91% customers are shut down, for any kind of business,” he added.

Talking about the future, The Piano Man’s Arjun Sagar Gupta said that he expected to operate with social distancing norms in the pre-vaccine stage. “This means we’re looking at 20-25-30% occupancy at max, which means we have to rework our entire model,” he added. He also added that restaurants and clubs need to plan all expenses linked to revenue and try to prioritise them over other expenses.

Over the last few weeks, there has been more buzz around the need for home delivery of liquor. Even the Supreme Court of India has advised the state governments to consider “indirect sales” and “home delivery” of liquor to avoid overcrowding at the recently opened liquor stores.

Talking about the same, The Beer Cafe’s Rahul Singh said, “Anything that is, can be delivered should be delivered. So at the end of the day, whether it’s offline or online, it’s just another medium. And I think as a country, we’ve been waiting for a very long time to open up ecommerce for liquor, and the entire world has it.”

Mehrotra added that while alcohol delivery should be there, it should be highly regulated, and should not be left open for anyone and everyone to get into purely because the risk of spurious alcohol is very high. “I think overall technology has to play a very important role in that. And it’s not just about delivery, right? We all saw what happened last week, when all the alcohol shops opened up and people forgot social distancing, etc. Why can we not implement e-token systems over there? Why can we not implement pick up and takeaway? My point is technology should be used to enable everything, and it cannot be rushed,” he added.

The Future Of Food: Building Trust

It’s not a great time to start a new business because it would be costly to build a similar trust for the businesses. The only brands in the universe who have been able to do better are the ones which customers already trusted with their life such as fast food giants which have created brands over decades. “You know, people should not be looking at starting new brands. Actually, this is the time they should be either cashing out on the trust they build, or continuously investing in the trust they can build with the brand,” Tulsian added.

As costs increase, the consumer will actually be ready to pay a little more for the safety aspect. Consumers are more likely to become safety-conscious, especially in India where this aspect may have been ignored before. Safety will become a paramount concern for all restaurants going forward.

The Piano Man’s Gupta believes a lot of people misconstrue the relationship between deep discounting and loyalty. “From a perspective of observation, deep discounting very rarely leads to loyalty, it is the quality of the product that you build, which will create or not create loyalty,” he added.

As someone who runs an omnichannel business, Chaayos’ Saluja believes that the quick service restaurant (QSR) and franchise business will boil down to how strong each franchise is individually. So the unit economics might change a little bit. “PnL perspective, how much are they able to negotiate for rentals, salaries, other fixed costs etc. So their fate is going to be decided by their strength, right there is very little that a brand will be able to do in a franchise business,” he added.

As for QSR converting into dark kitchens, Saluja said that it is not a great idea.

“I think what one should consider is to be as omnichannel as possible, and that could be the best way to go about it because dine-in is going to bounce back. I think it is just a matter of the way I look at it. It is all about fear, people don’t really know what will happen when they go out and it’s just a fear of the unknown,” he added.

But Rahul Singh said that a lot of people think that dark kitchens are the future, but hygiene is a huge factor limiting their success. He said that out of total 6 Lakh FSSAI numbers, only 1.5 Lakh restaurants have clean kitchen as per FSSAI hygiene and sanitation standards. Instead, the focus has been on innovating the menus, digital presence and branding.

The panellists emphasised that even though innovation will be one of the keys in the new reality for restaurants, it shouldn’t be done for the sake of it. There has to be a meaning behind it that actually address the customer needs. Mehrotra summed up the opinion on this with his thoughts on how restaurants are hyping up contactless dining.

“I think innovation obviously in this current environment is the key. I mean, one thing that a lot of people are talking about, and it might be or might not be the right word, but it’s contactless dining. However, the premise of contactless dining is that it is not replacing or eliminating human touch, it is just reducing that.”

For the food and cloud kitchen industry, this is the best time to go back to the basics and there is a need to address the core strengths rather than innovation for the sake of innovation to build hype or tap into some slice of the market. While it worked in the past, the key now will be to focus on the fundamentals such as the quality of food, the ambience without compromising on the safety.