Future has argued that if the deal with Reliance doesn't go through, it would incur damages including possible job losses for 35,575 employees

The firm could also put at risk roughly INR 280 Bn ($3.81 Bn) in bank loans and debentures

The Future Group had announced a deal with Reliance in August 2020 to sell its retail, wholesale, logistics and warehousing businesses for INR 24,713 Cr 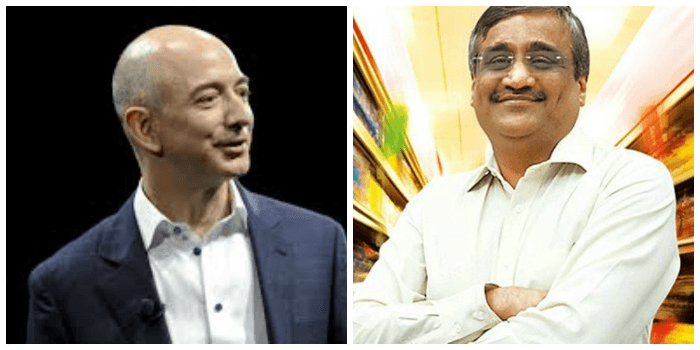 Future Retail has filed a new case against Amazon at the Supreme Court in its latest effort to seek clearance for its $3.4 Bn retail assets sale, which Amazon recently challenged, said the company in a regulatory filing.

According to a report by Reuters, Future Group has argued that if the deal with Reliance doesn’t go through, it would cause significant damage to the group, including possible job losses for 35,575 employees, and put at risk roughly INR 280 Bn  ($3.81 Bn) in bank loans and debentures.

Back then, a two-judge bench of the Supreme Court had said that the Singapore arbitrator’s decision from October 2020 was valid and applicable in India under the Arbitration and Conciliation Act, 1996, despite Reliance and Future Group arguing for several months that Amazon was simply looking to block the deal to stop Reliance from gaining market advantage.

The court had also said Future could not appeal a lower court’s decision against it.

The Future Group had announced a deal with Reliance in August 2020 to sell its retail, wholesale, logistics and warehousing businesses for INR 24,713 Cr. However, Amazon had taken objection to the deal, owing to the fact that it had a stake in Future Coupons, a promoter entity within the Future Group.

The deal between Amazon and Future Coupons was finalised in 2019, nearly a year before Reliance announced its intention to acquire Future Retail. Amazon and Future had agreed to use the SIAC in case of any disputes, when they entered into the deal.