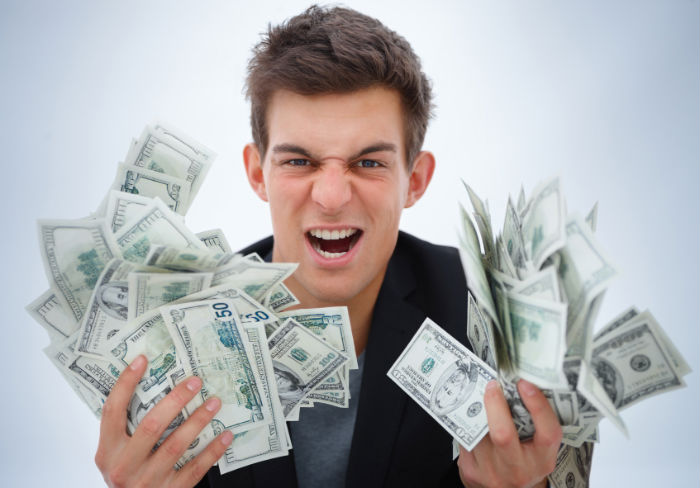 BetaGlide, a startup of IIT Kharagpur Student has recently won the Mercury Fund Tech Transfer Prize via the Rice Business Plan competition (RBPC). The RBPC is a global student startup competition held by Rice University, Houston. The competition was held for the 14th consecutive year in 2014 and has had over 42 teams participating from across the world.

BetaGlide first pitched at TiE Kolkata, where they won first prize and followed it up by winning Asia finals in Delhi earlier this year. This qualified them to compete at the RBPC, which took place last week in Houston, Texas. Leading US investors and angels attended the event.

Ashok Rao, Chairman of TiE Global, who also happens to be a Trustee of the Jones School of Business at Rice University  along with a few other TiE Members will  be investing in BetaGlide.

After winning the Tech Transfer Investment Prize of a million dollar payoff  cofounder Amritanshu Anand comments, “It has been really a wonderful journey.We are really excited to have some of the TiE members including Ashok, Praveen and Vikas on-board in the next round”.

BIGBASKET gets a $3 Mn

Bangalore based online e-grocery store BigBasket has raised $3 Mn from a Singapore-based private investor, according to reports.

The online retailer is reportedly in process of raising $40-50 Mn in Series B round of funding. For this round, the firm has also received some investment from media group Bennett Coleman & Co Ltd (BCCL). The company had earlier raised $10 Mn from Ascent Capital in 2012. The funds raised will be used to improve its service and merchandise selection, while increasing its capacity.

BigBasket.com has over 10,000 products and over a 1000 brands in its catalogue right from fresh Fruits and Vegetables, Rice and Dals, Spices and Seasonings to Packaged products, Beverages, Personal care products, Meats etc.

It currently offer its services in Bangalore, Hyderabad and Mumbai only. In the coming time, it will be launching its operations in Delhi NCR, Chennai and Pune, and also has plans to expand to Ahmedabad and Chandigarh.

Yatra.com raises Rs 140 Cr in a new funding round

Online travel portal Yatra.com has raised Rs 140 Cr in a new funding round, led by IDG Ventures and Vertex Venture Management Pte and existing investor Norwest Venture Partners (NVP) also participated in the round. The fresh capital will be used to invest in mobile technology, and fuel growth for Yatra in the hotels and holidays business, says ET.

Yatra’s existing backers, which include, Norwest Venture Partners, Intel Capital, TV18 Group and Reliance Venture Asset Management, also participated in the funding. With the completion of the transaction, institutional investors now hold an 80% stake in the company.

The investors have also committed an additional Rs. 140 crore, which will be used by the company for acquisitions. After this funding round it has been said that Yatra is valued at about $400 Mn (Rs. 2,410.8 crore).

Pune based tablet and phablet maker Swipe Telecom has recently raised $4.9 Mn (Rs 30 Cr) in venture capital funding from Kalaari Capital. The funds will be used by the company for expanding its reach, research and branding.

Swipe had previously raised $10 Mn in July 2012. “With this round of funding, Swipe is targeting a 12% market share in the rapidly growing tablet PC industry in the country,” said Aman Gupta, co-founder and CFO, Swipe.

Swipe Telecom is a California and Pune based mobile technology startup which makes low cost tablets between the price range of Rs 4,000 and Rs 15,000.

IndiaHomes raises Rs 150 crore from NEA and its existing investors

IndiaHomes has raised Rs 150 Cr in a funding led by New Enterprise Associates(NEA) and existing investors Helion and Foundation Capital, according to reports.

With the funding round, NEA India Senior Managing Director Bala Deshpande would be joining the company’s board. Earlier IndiaHomes had raised Rs 120 cr from Helion Venture Capital and Foundation Capital.

Currently, Indiahomes has its operations in Delhi, Gurgaon, Noida, Mumbai, Bangalore and Kolkata and it aims to expand its business in  50 major towns of India.

IndiaHomes offers a complete turnkey of services to its customers in both the primary as well as secondary real estate market. It also help customer in getting bank loans apart from core buying/selling/rental of residential properties. The entire range of service is offered free of cost to the customer.

The company said the funding will help the company expand content, develop engaging tools, and aggressively expand its contributor and user base . It will use the financing to scale its online platform and expand its global outreach. The funding further be used to build a stronger foundation of collaboration tools appropriate for the Science communities and to attract additional experts to the site.