From ‘Clear History’ To Dating, Facebook Launches A Host Of Features

From ‘Clear History’ To Dating, Facebook Launches A Host Of Features 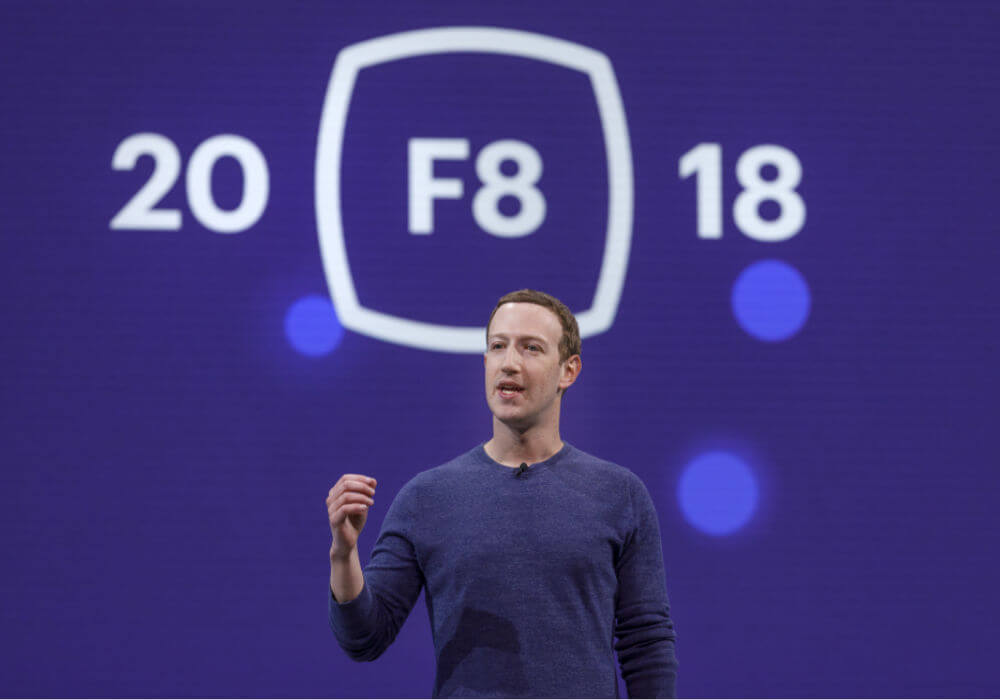 Facebook is currently holding its annual two-day event called ‘F8’ (The name originated from its 8-hour long hackathon programme) where developers come together to explore the future of technology, in San Jose, California. The world’s largest social media network was recently hit by its one of the biggest data leak scandal which involved British consulting firm Cambridge Analytica and affected at least 87 Mn people worldwide.

Thus, the F8’s annual address did not refrain from its mention as well. Facebook CEO Mark Zuckerberg used the annual address to talk about the ongoing Cambridge Analytica data privacy scandal and reiterated his apology over the same. “We were trying to understand all of the internal details around what happened. And I think I got this calculation wrong where I should have just said something sooner even though I didn’t have all the details,” Zuckerberg said.

However, to make up for the brand image loss of the social media giant and keep his large user base intact, Zuckerberg made a number of announcements relating to the new products and features that Facebook is planning to come up with, ranging from introduction of a dating service to find blood donation camps through the social media platform.

Let’s have a look at some key takeaways from F8 Conference.

From Dating Service to Blood Donation, Facebook Is Ready With All

Facebook has announced that its mobile app will soon start providing a dating service to its users. However, he added that the match-making feature would keep privacy issues in mind, which remains a key issue circling Facebook in the wake of the recent Cambridge Analytica data leak scandal.

Zuckerberg said that the dating feature will be completely optional and opt-in only.

“We have designed this with privacy and safety in mind from the beginning. Your friends aren’t going to see your profile, and you’re only going to be suggested to people who are not your friends,” Zuckerberg said.

Users will also have the option to chat with each other through a private messaging feature, separate from Facebook’s other messaging services – Facebook Messenger and WhatsApp.

After recently allowing users in India, Pakistan and Bangladesh to register themselves as blood donors, Facebook said that it will also soon help users in the mentioned countries find their nearby donate blood donation camps, requests for blood donations and blood banks from one place on the platform.

The step could help in addressing the issues related to blood availability and accessibility problems faced in reaching out to blood donors.

Facebook announced it plans to build a ‘clear history’ feature for Facebook. This feature will enable users to see the websites and apps that send their information to the social media platform, delete the browsing history, and turn off Facebook’s ability to store it.

The feature appears to have been thought upon by the social media giant in the wake of the Cambridge Analytica data leak scandal that raised serious questions about the safety of users’ information with Facebook.

Facebook announced that it is soon going to introduce a group calling feature on its messaging service WhatsApp. Voice and audio calls on WhatsApp are currently available for one-on-one conversations only. As many as four people would be able to take part in a video call at once after the launch of the feature, according to the company’s demonstration at the event.

Facebook’s attention to addressing the privacy issues come at one of the most challenging times which is being faced by the social media giant. Due to the huge data leak scandal which raised serious doubts about how safe users’ data is with Facebook, Zuckerberg was recently forced to testify before a joint hearing of the US Senate’s Commerce and Judiciary committee.

He admitted that the company did not do enough to prevent its user data being accessed and said it will adopt a more “proactive position” on deletion of “improperly” transferred data.

Further, with its the upcoming dating feature, Facebook will enter into an entirely new level of competition. Particularly in India, where the players like Truly Madly,  Tinder, Woo, Happn, amongst others are already gaining attention well. However, owing to the wide user base of 270 Mn, Facebook will certainly have an edge over these players.

Facebook has also remained successful in attracting a huge Indian user base with WhatsApp and its photo and video-sharing social networking service Instagram. And with the upcoming feature, it could also win the Indian users in the dating service providing space with its built reputation and existing user base.

The day-1 of F8 conference has cleared much air from Facebook’s intentions and will definitely make up for the loss it has incurred due to the privacy policy issue. However, whether Facebook will be able to bounce back strongly or not will also depend on how quickly and effectively it is able to introduce the new features.