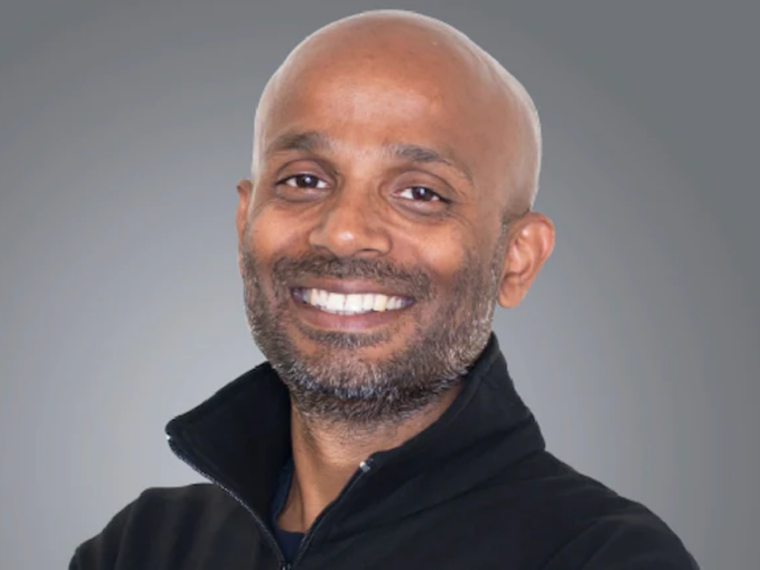 Warpli was launched before Grofers moved into the quick commerce space

During its launch, the startup had promised to be at the intersection of quick commerce and ecommerce - delivering everything within 30 minutes

In mid-2021, Grofers’ (now BlinkIt) cofounder Saurabh Kumar exited the company intending to revolutionise the ecommerce segment. Kumar announced the launch of Warpli in September 2021, a platform that was a solution to the need for speed in the same-day delivery segment.

During its launch, the startup had promised to be at the intersection of quick commerce and ecommerce – delivering everything within 30 minutes. Now, only months into launch, Warpli has announced that it will be shutting down its app to relaunch it soon.

In a statement, the startup said, “We are going into a full tech-infrastructure building mode and plan to relaunch the app soon.”

While it is unclear what Warpli intends to do to find the ‘go-to-market strategy’, the startup claims it was slowed down by the lack of tech infrastructure among the stakeholders.

Surely, the startup was banking on the problem statement that besides Amazon and Flipkart, online brands lacked the tech infrastructure for the same-day delivery. Thus, why Warpli has shut down its app, contradicts its own objective. 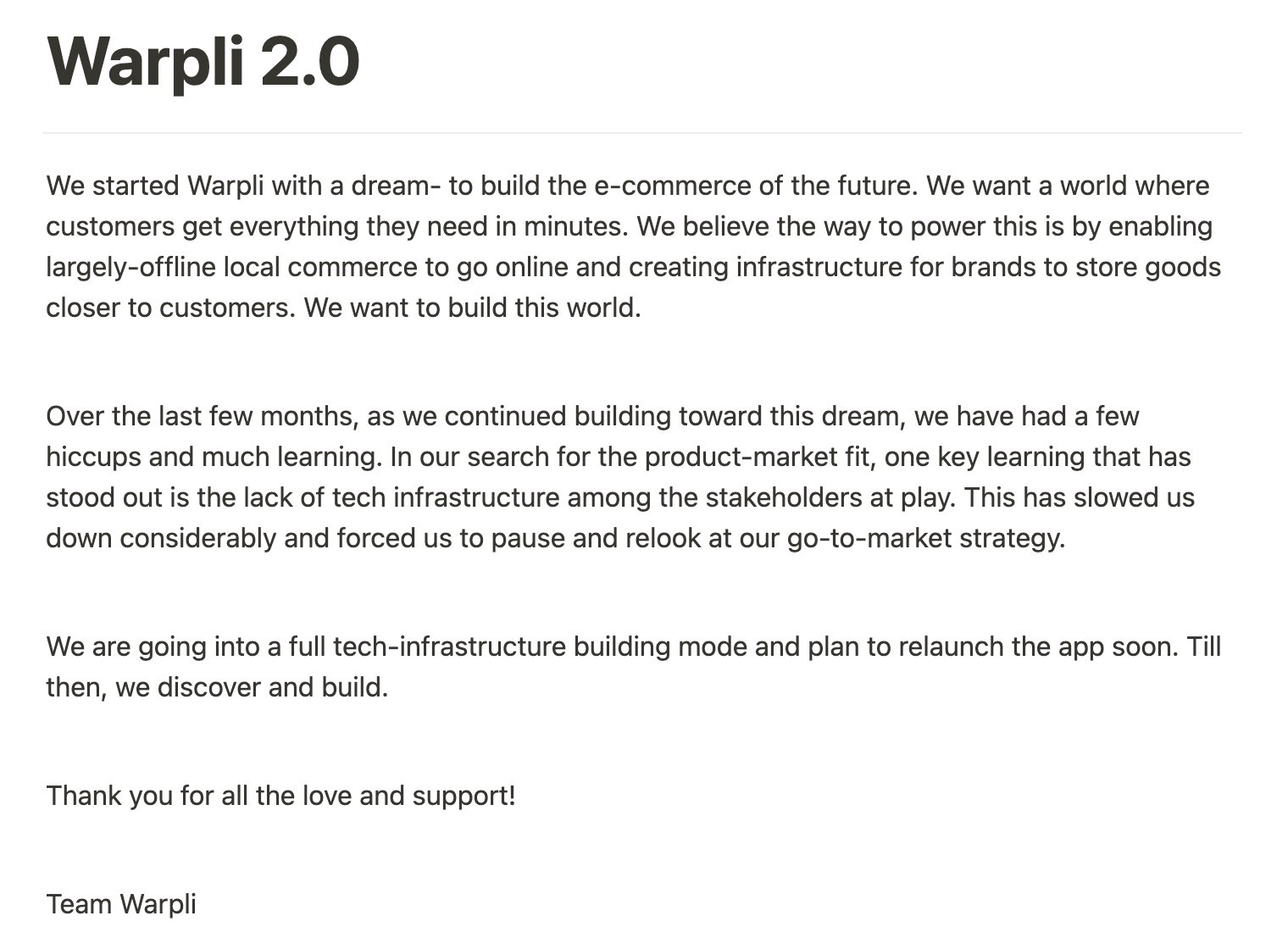 As the startup shut the app and gears up for a relaunch, Warpli, in a social media post has added, “We believe the way to power this is by enabling largely-offline local commerce to go online and creating infrastructure for brands to store goods closer to customers. We want to build this world.”

Warpli was launched before Grofers’ move into the quick commerce space. The ecommerce platform offered product delivery from 100+ lifestyle brands and formed exclusive partnerships with several online brands such as SWAGME and DailyObjects.

Its android app has 1K+ downloads with operations in Gurugram only.

The segment poses problems over driver safety, workplace stress and over-the-top targets. Besides, the likes of Zomato and Swiggy are also facing the threat of poaching of their delivery personnel by Zepto, Dunzo and others. The outrage against the lack of income stability and job security has also forced the government to form new policies.