The startup is working on what it calls a ‘Flexible Energy Stack’, which it claims enables seamless flow of energy and information between the grid and the vehicle 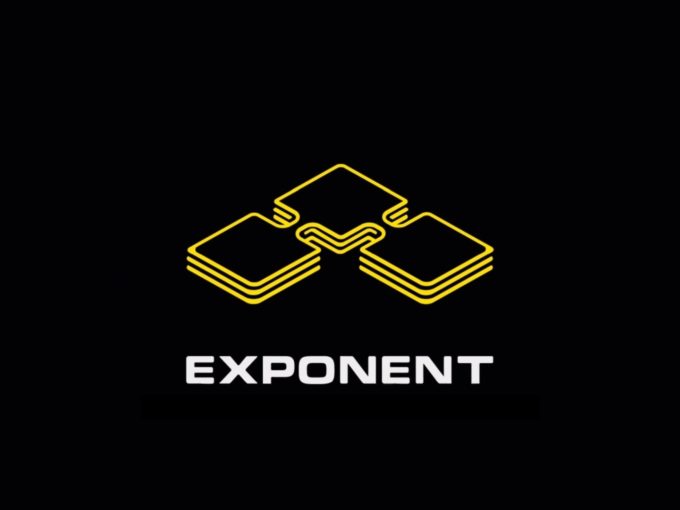 The cofounder declined to comment when Inc42 reached out for more details on the investments or about the products that Exponent is developing. 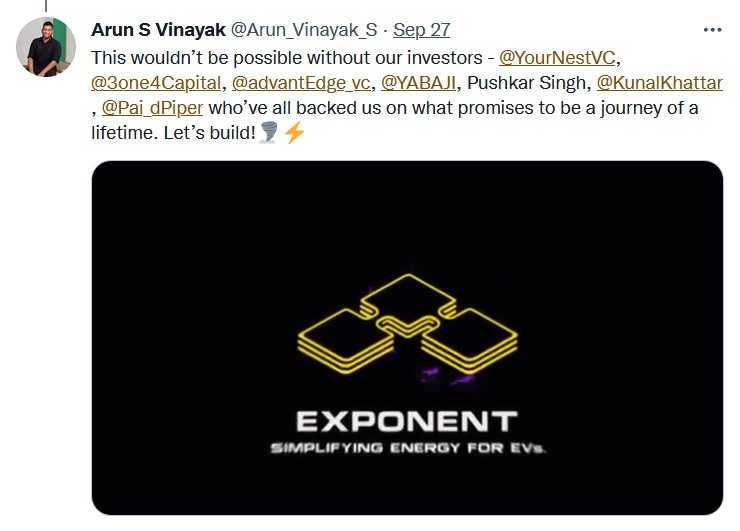 Launched and incorporated in October 2020, Exponent Energy is registered in Bengaluru and according to Ministry of Corporate Affairs records, it says it is involved in the manufacture of parts and accessories for motor vehicles and their engines, which includes brakes, gear boxes, axles, road wheels, suspension shock absorbers, radiators, silencers, exhaust pipes, steering wheels, steering columns and steering boxes and other parts and accessories.

Exponent cofounder Jagannath was earlier the hardware strategic sourcing & cell strategy lead at Ather. The IIT Madras and University Of Chicago Booth School Of Business alumnus had previously worked at FMCG giant Unilever. His role at Ather would have been critical to establishing the company’s Ather Grid charging network, which would have involved extensive planning with government authorities and charging infrastructure providers.

Cofounder Vinayak tweeted that the company is working on what it calls a ‘Flexible Energy Stack’,  which it claims enables “seamless flow of energy & information between the grid & vehicle”. The startup did not elaborate on this when contacted.

It further says that it is looking to launch multiple products, starting with rapid charging for EVs, including two/three/four-wheelers and commercial vehicles.

Based on the information available, it is unclear whether Exponent Energy will be a EV charging network with rapid charging support, or a energy management platform for consumers, EV makers and charging providers, which is the claim in the official launch video.

Exponent Energy’s launch comes amid a massive uptick in interest for EV two-wheelers in India, with the launch of Ola’s S1 lineup as well as with Ather’s expansion into more cities in recent months. Ola Electric claims to have received pre-bookings worth INR 1,100 Cr for its new scooters, which will be delivered beginning in October.

Besides Ola and Ather, EV makers such as Simple, Revolt, Hero, TVS among others are looking to make inroads. Of course, the major development this year has been the entry of Tesla, which is said to be drawing near. Tesla is said to be in talks to get approvals for retail outlets in multiple cities after four of the company’s cars were reported to have cleared the homologation phase and ahead of a launch in India.