Food Delivery Startup SpoonJoy Gets Funding From Sachin Bansal & Others 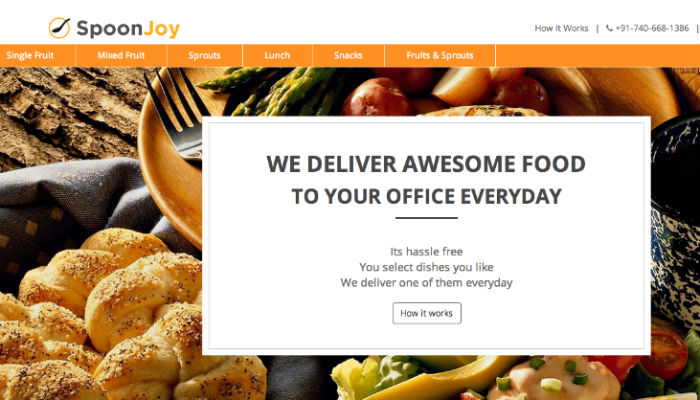 Founded by Manish Jethani SpoonJoy offers subscription service for delivering the food to office or home. The choices offered by SpoonJoy include Fruit boxes, sprouts, lunch and snacks. Users just need to choose the dishes and the delivery time, and SpoonJoy takes care of the rest.

SpoonJoy plans to use the funds raised to build its technology and scale up its operations to newer geographies.

SpoonJoy also has a Android app and it currently receives 350-400 orders daily in Bangalore, majority of which comes from offices. Going forward, it also plans to launch an iOS app as well.

Recently, TinyOwl raised $3 Mn from Sequoia Capital India and Nexus Venture Partners. Other dealing in this space include FoodPanda, DeliveryHero among others.