Centre and state govts have been pushing for increased EV adoption for the past few years with policies such as FAME I, FAME II, cut in GST on EVs

Corporate and leasing fleet commitments will see the roll-out of more than 2.5 million zero-emission vehicles by 2030, according to a Climate Group report 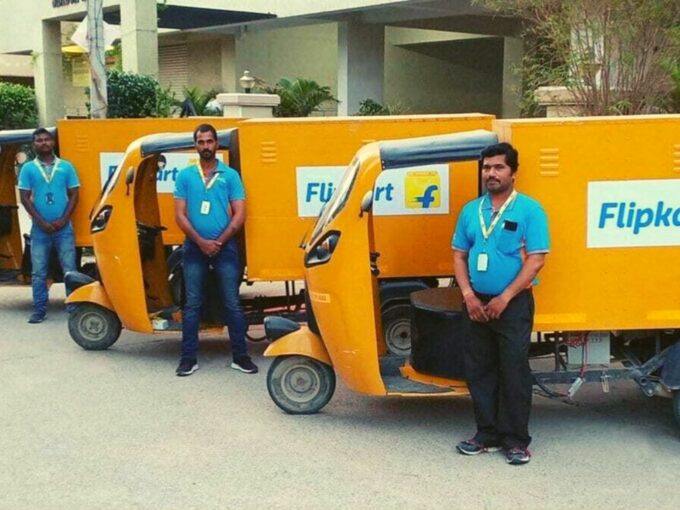 Flipkart on Tuesday (August 25) committed to a phased integration of electric vehicles (EVs) into its entire delivery fleet by 20 30.The ecommerce giant plans to do this by placing requirements in service contracts, installing charging infrastructure close to its 1,400 supply chain premises, conducting awareness programs and incentivising delivery executives for using EVs.

Kalyan Krishnamurthy, CEO, Flipkart Group, said, “As a homegrown company, we always pride ourselves in making ecommerce more inclusive, progressive and impactful for all our stakeholders, which also includes communities and the planet.” The leading ecommerce company said in a statement that being the first ecommerce player in the country to commit to the transition, it will spearhead the sector’s sustainability transformation, and support India’s ambition of ensuring 30% electric mobility by 2030.

The Centre and state governments have been pushing for increased EV adoption in the past few years with policies such as FAME I and FAME II subsidy schemes, and reduction in goods and services tax on EVs from 12% to 5%. The Delhi government unveiled an EV policy last year that subsidises electric two-wheeler and car  purchases up to INR 30,000 and INR 1.5 lakh, respectively.

Government policy think tank Niti Aayog has suggested bringing financing of electric vehicles under priority sector lending, apart from extending the timeline of the FAME II subsidy by a year, according to a CNBC-TV18 report on Monday.

Flipkart’s decision is expected to further EV100’s goal of catalysing corporate leadership for EV uptake among the country’s ecommerce companies. Leading Indian companies such as Wipro, State Bank of India (SBI) and BSES Yamuna Power, too, have committed to transition 100% of their fleet to electric through the EV100 initiative. EV100 is a global initiative bringing together forward looking companies committed to accelerating the transition to EVs and making electric transport the new normal by 2030. This programme presents an opportunity for India Inc to adopt learnings from over 70 looking companies from across the globe who have joined the initiative.

According to the 2020 EV100 Progress and Insights Annual Report from The Climate Group, corporate and leasing fleet commitments will see the roll-out of more than 2.5 million zero-emission vehicles by 2030 — saving 42 million metric tonnes of CO2, the annual emissions of 11 coal power plants. The report says companies around the world are making good progress toward their goals and have already rolled out more than 80,000 EVs and nearly 10,000 charge points for employees and customers.

Divya Sharma, India Executive Director, Climate Group, said, “The Climate Group is thrilled to see Flipkart signing up to EV100 and step up to lead the adoption of electric vehicles in the ecommerce sector in India.”

According to the Inc42+ ‘Electric Vehicle Market Outlook Report 2020,’report, the government also aims to take the Indian electric vehicle market to 28 Mn units by 2030, with market shares in the commercial vehicle and two-wheeler segments projected at 70% and 20% respectively.