Flipkart Settled For Less And Best Is Yet To Come, Claims Mohandas Pai

Flipkart Settled For Less And Best Is Yet To Come, Claims Mohandas Pai

India is poised to have over 100K startups by 2025, said the former Infosys director

You need two things for people to invest — fear and greed, said Pai 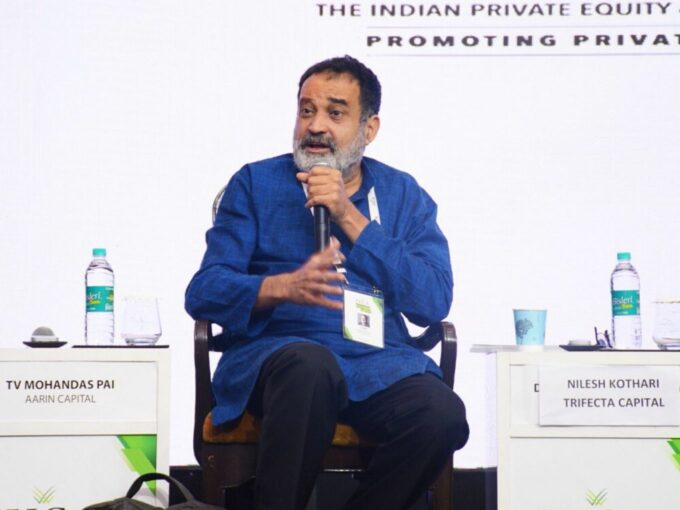 The Walmart-Flipkart deal might have been one of the biggest stories and the most iconic exit so far in India, but TV Mohandas Pai believes that better exits and more poignant stories are yet to come. This year, India will witness the biggest exists, added the former Infosys director and Aarin Capital cofounder and chairman.

In a panel discussion recounting the past decade in VC investing at IVCA Conclave, Pai was joined by Sanjay Nath, cofounder and managing partner at Blume Ventures, along with Anil Agrawal, joint secretary of Department for Promotion of Industry and Internal Trade (DPIIT); Nilesh Kothari, Managing Partner, Trifecta; Vikram Gupta, the founder and managing partner at IvyCap Ventures; and Priya Rajan, the managing director of Silicon Valley Bank. With such a robust panel, there were bound to be some memorable repartee and a sense of the bigger picture.

For this to happen, India needs a huge amount of capital, both from Indian investors as well as foreign funds, roughly around $100 Bn to $200 Bn, Pai added.

“As far as the value creation is concerned, the GDP growth at present is at $3 Tn, in the next five years $5 Tn and by 2030 it will be $10 Tn, and there is a 90% probability of this happening, and we are going to get there soon,” said Pai, optimistically.

Citing the success story of BYJU’s, Pai said that today we have 5 to 10 companies who have $50 Bn in valuation.

“Flipkart we have sold for less. Please remember: value is what a buyer gives a seller, and not the other way around” said Pai, “As investors, it is low for us because we always need more.”

“You need two things for people to invest — fear and greed,” Pai stated.

At the panel discussion, Agrawal said the startup ecosystem excites the government as India has close to 1700 companies which have developed innovative products and market-centric solutions in the areas of agriculture, healthcare, travel and space among others. “I am sure you haven’t had a chance to look at all the companies,” he added.

Kothari added that there is a young generation of promoters who are setting their business in India. The entire ecosystem is matured to a whole new level. “These days, entrepreneurs are raising funds through VCs. However, Life Insurance Corporation (LIC) which has INR 35 Lakh Cr has still not contributed to the ecosystem,” he added.

In addition to this, at the panel discussion, Gupta lauded India’s talent pool and said that the country needs to nurture more talent to boost the entire ecosystem to the next level. Priya Rajan, comparing India with the US, said that India as a market has been very supportive to both startups as well as investors.

“Indian government’s efforts has been increasing in fostering entrepreneurship. We have hosted a multitude of delegations in the US including from Tier 2 and Tier 3 cities wanting to better understand the startup landscape and how India could learn from it,” she added.