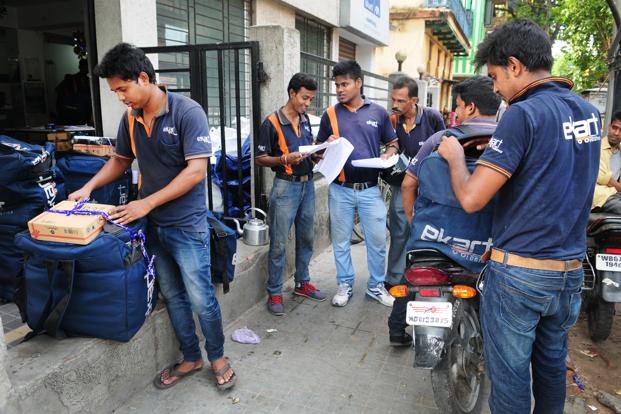 Flipkart has built a lavish office space for its employees, is offering various benefits to its employees and is introducing more and more facilities for its seller base. However on the other hand, it appears that the ecommerce biggie has forgotten about providing basic amenities to its delivery boys, the ones who are the backbone of its ecommerce operations.

The domestic ecommerce marketplace, Flipkart, has been allegedly denying basic facilities to its delivery boys. It has been reported that at least 400 delivery boys employed in Flipkart and Myntra ceased working since the start of the week due to deprived facilities like no fixed duty timings, seven-day work weeks and surprisingly, the lack of proper toilets at the workplace.

Usually, the delivery boys are the ones who go that extra mile for the ever increasing customer base along with keeping the existing customer base intact, for the lack thereof could obliterate the same.

Complaining about undelivered items, a Flipkart customer tweeted that due to a strike by delivery boys the order did not reach in time.

The striking workers have presented a list of demands:

Sachin Dhuri, MNS corporator made a point that the labour laws should be followed and worker entitlement schemes like Employee State Insurance should be provided.

It is to be noted that Employee State Insurance Corporation (ESIC) provides benefits to employees in case of sickness, maternity and employment injury and also works to make provisions for related matters. Labour Law defines the relationship between workers, employers, trade unions and the government, covers wages, overtime, number of working hours, holidays, leaves, health and safety of the employees.

According to the strikers, out of 400 delivery workers 350 are bike riders and are not provided with medical assistance in the event of an accident. The strikers also complained about the lack of basic facilities like washrooms at the dispatch centres. Moreover, the workers have to report by 7 am but there is no specified end to the workday.

The delivery boys have also complained about the return pick up facility claiming that the number of products to be picked for return has increased in recent times, but the workers are not paid any incentive for the same.

The people manning the dispatch units stated that the pickup and delivery services for various operation centres in Mumbai, for around 5,000 packages, have been impeded due to this strike.

However the mentioned companies denied any such allegations. An Ekart spokesperson told one of the local daily, Mumbai Mirror, that being India’s largest ecommerce logistics force, Flipkart, offers the best salary and benefit structure comparable to others in the industry. “We provide amenities like uniforms, toilets, special allowances etc, and aim to ensure the best working environment for these employees.”

He also mentioned that the strike in two of their facilities has been motivated by misguided interests. “This is not only hurting the customers but also the interest of the workers. We are ensuring alternative delivery operations to make sure that all our shipments affected by this strike are reaching the customers in the quickest possible way.”

It is to be noted that the delivery boys are affiliated with Raj Thackeray’s Maharashtra Navnirman Sena.

Similarly, Myntra’s distribution arm also commented by saying that we provide safe and secure work environment to our employees. “This is unfounded speculation being driven by certain vested interests attempting to misguide personnel.”