Flipkart, Amazon Set To Make The Most Of India’s Festive Season Rush

Flipkart, Amazon Set To Make The Most Of India’s Festive Season Rush

Flipkart has onboarded more than 50,000 kirana stores in preparation for the festive season and Big Billion Day sale 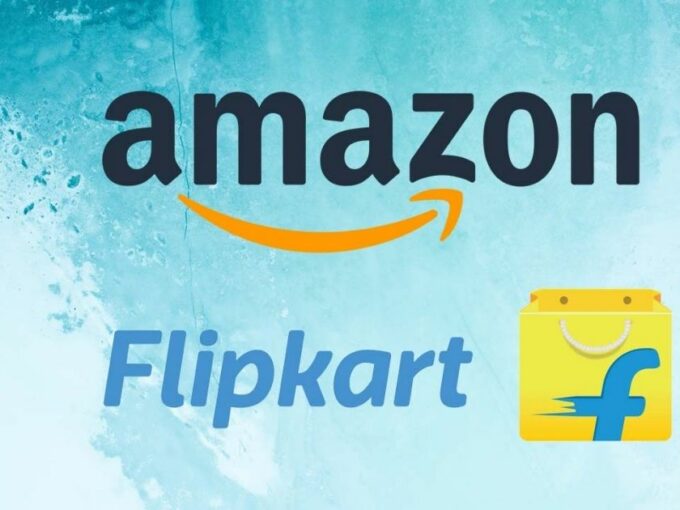 Amazon and Flipkart are going full steam to upend the pandemic linked economic downturn. With India set for the upcoming festive season, the ecommerce giants are consolidating and shoring up resources to tap into the seasonal demand.

As part of its plan, Flipkart has onboarded more than 50,000 kirana stores for the festive rush and Big Billion Day sale. Amazon India on the other hand announced the expansion of its sort centre network. It plans to set up five new sort centres in Vishakhapatnam, Farukhnagar, Bengaluru, Mumbai and Ahmedabad and expand eight existing sort centers to increase its overall sortation.

Flipkart said it has significantly expanded its kirana onboarding program to make deliveries to customers in more than 850 cities.

The total number of kiranas joining the programme has doubled since last year.

To help kiranas onboard and be active participants in the festive season, Flipkart’s team initiated contactless onboarding of kiranas through online application forms where kirana partners directly uploaded details along with required documentation.

Meanwhile, Amazon India is shoring up its delivery stations or Sort Centers in order to ride the tailwind of altered consumption patterns focused on online purchasing.

Ecommerce companies see a large chunk of their business coming in during the festive sales and they make significant investments ahead of time to ramp up capacity to be able to handle the spike in orders.

In July this year, Amazon India had also announced expansion plans for its warehousing network by adding 10 new fulfilment centres and expansion of five existing buildings.

According to Counterpoint Research’s latest report, the shift in consumer behaviour resulted in online channels accounting for 43% share of the Indian smartphone market in the quarter ending June 2020.

“Through a combination of their hyperlocal presence and innovations by Flipkart, this program has become a great enabler in strengthening the kirana ecosystem in the country. We are pleased to witness the increasing participation from kiranas across the country to reinvent themselves and align with the fast-growing e-commerce industry,” said Amitesh Jha, senior vice-president, Ekart, and Marketplace, Flipkart.

Abhinav Singh, director, Amazon Transportation Services, Amazon India shares, “By expanding and investing in the Sort Centre network, we are positioned to ensure continued customer and seller delight, ahead of the upcoming festive season. This expansion will create hundreds of opportunities for individuals and ancillary industries especially during this time when economic growth is a priority for the country.”