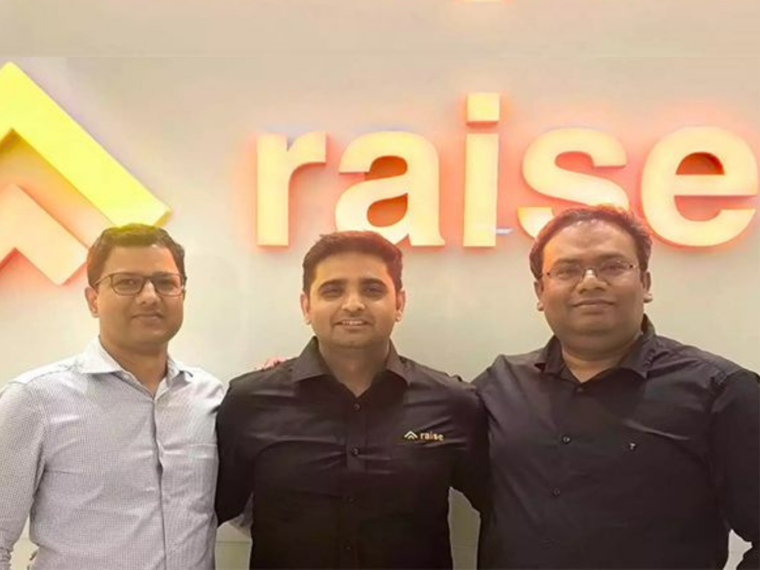 Investech has several interesting products and verticals and is one of the misunderstood spaces by venture investors: Jadhav

Fintech platform Raise Financial Services plans to invest up to $500K in early-stage startups in the investech and wealthtech space, mainly in India.

Raise Financial’s founder Pravin Jadhav took to Twitter on Thursday (June 16) to announce that the funds would be largely for startups building trader-first products, algo platforms, first-time investors, SaaS for intermediaries, and more. 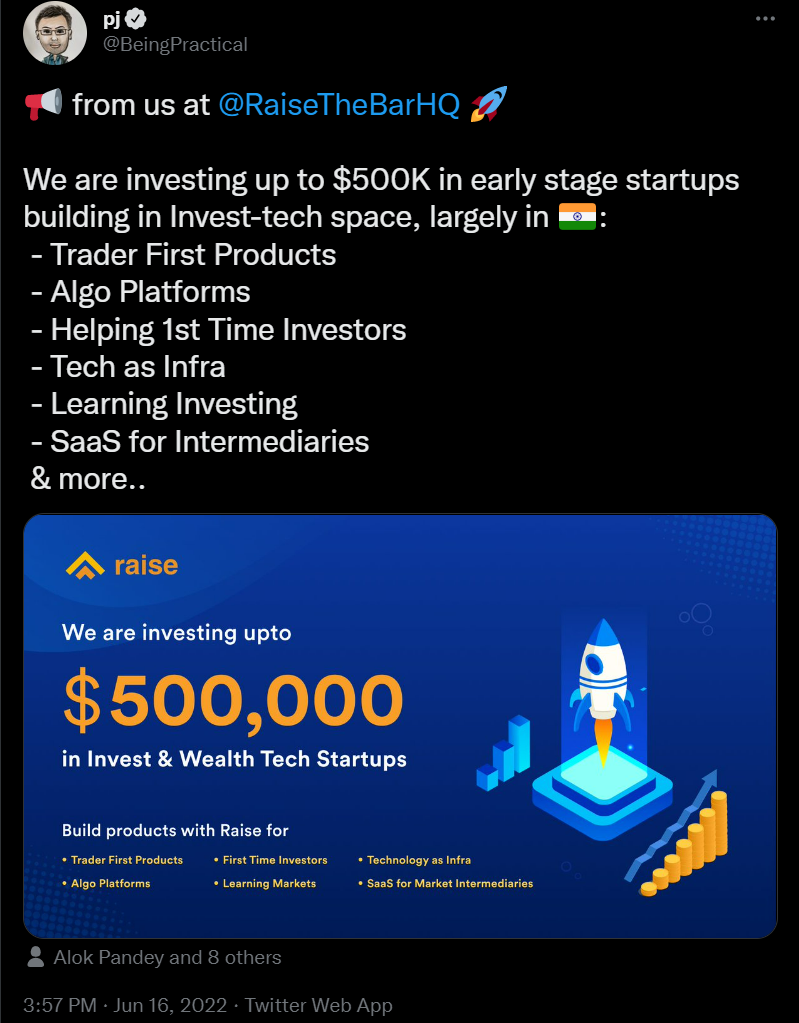 “There is mad rush to invest in lending, cards, payment, BNPL (Buy Now Pay Later) & other verticals, not in this,” Jadhav said in his tweet.

Investech has several interesting products and verticals and is one of the misunderstood spaces by venture investors, he added.

“We are not doing this as a venture fund and definitely not a loss-making venture funding another,” Jadhav said, adding that its stock trading platform Dhan is on track to become profitable soon.

Inc42 has reached out to the fintech platform for further details on its investment plans. The story will be updated on getting a response.

Dhan, the fintech platform’s first product launched earlier this year, is an investment platform that competes with the likes of Groww and Zerodha, among others. It allows retail investors to trade stocks, equity options, currencies, equity futures, commodities, exchange-traded funds (ETFs), and subscribe to initial public offerings (IPOs).

Founded in 2021 by former Paytm Money CEO Jadhav, Raise Financial secured $22 Mn in a Series A funding round in January this year, led by BEENEXT and Mirae Asset Venture. The round also saw participation from 3one4 Capital and rocketship.vc.

“I have been personally building in Invest/Wealth tech space for over 5 years, not much has changed from venture investor’s perspective,” said Jadhav in his tweets. “At RaiseTheBarHQ we want to build a large ecosystem of products for Investors & Traders, this vertical is super important for us to grow.”

India’s overall fintech ecosystem currently has 31 soonicorns and is set to become a $1.3 Tn market opportunity by 2025, as per Inc42’s State Of Indian Fintech Report, Q2 2022.