Finland’s Capital Wants to Do Away With Car Ownership

Finland’s Capital Wants to Do Away With Car Ownership 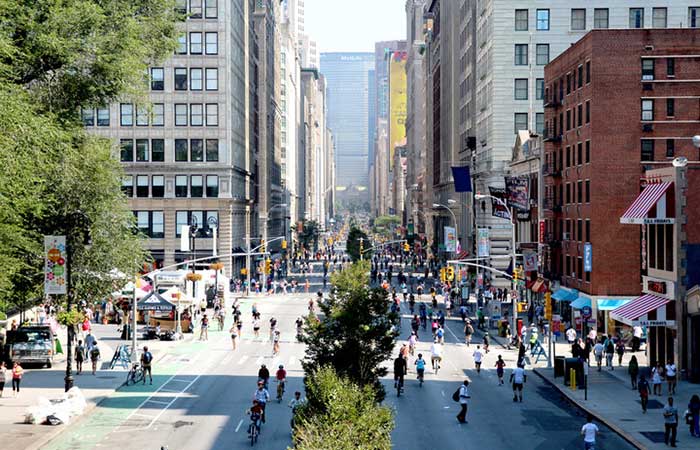 There was a time when having a car of your own put you as the envy of your peers. Soon enough, it may become just the opposite: The future will be measured by your ability to live without needing a car.

By 2025, the government of Helsinki, Finland’s capital city, hopes to make it completely unnecessary to own a car by piloting an ambitious project to end the need for car ownership through a combination of taxis, ride-sharing apps, carpooling, and traditional public transit.

A new “mobility on demand” system will allow people to instantly call up a bus, taxi, or bike through one connected app. Think Uber for public transportation, also much cheaper.

“This could work, even though older people do not wish to give up their cars. Change comes gradually,” said Sonja Heikkilä, whose Master’s Thesis was commissioned by the city to figure out the logistics of their bold transportation plan. “A car is no longer a status symbol for young people.”

According to the plan, Helsinki would have a city-wide mobile application that would guide users from their starting point to the final destination through bikes, trains and ride-sharing, depending on location and weather. The concept is dubbed “mobility as a service” or MaaS.

Another possible layer to the city’s plan is a simplified payment system, such as pay-by-kilometer or a subscription package that includes a bundle of transportation options. Payment by Helsinki residents would either be through a single public services card, a monthly bill or the via smartphone.

Last year, the city rolled out a new pilot for something that will likely be part of the system—Kutsuplus, a mini-bus that takes requests by mobile phone and automatically calculates the best route to deliver everyone. It’s a little more expensive than the regular bus, but cheaper than a taxi.

By the end of this year, the city will roll out a pilot of the whole system to test with a few large companies. In 10 years, it will be available citywide, and owning a car in the city may quickly become a thing of the past.

By making alternative transportation seamless, the city wants to eliminate the reasons that anyone would think they need to own a personal car. “There are many people who don’t really want to own a car, but they need to for some occasional reasons,” Heikkilä says. “They can use public transport, but there is a tiny fraction of trips that they need to make with a car. We want to cover that so we can reach more people with a public transport system.”

“The city is committed to this plan,” Heikkilä says. “I think there’s an ambition to be the first place to establish something like this.”