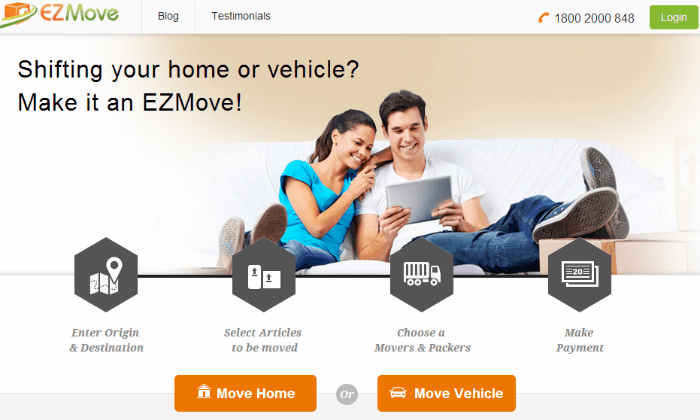 Pune based online home relocation service aggregator EZMove has raised INR 1 Cr. In angel funding led group of 7 HNIs including Hemant Bharatram, and Chicago-based Purvi Capital cofounder Ravi Srivastava, who have all invested in the one year old startup in their personal capacity.

Its an online marketplace aimed at reducing all of these problems and change the mindsets across the relocations industry. It connects users to reliable packer. Users just need to fill in the inventory of items they want to move on the website and they receive quotes from different vendors; their ratings based on old customer experience and also based on EZMove’s screening process.

The startup expects to earn INR 12 Cr in revenue by December 2014 at current run rate.

The movers and packers market in India is estimated to be about INR 10,000 Cr with mostly unorganized players.