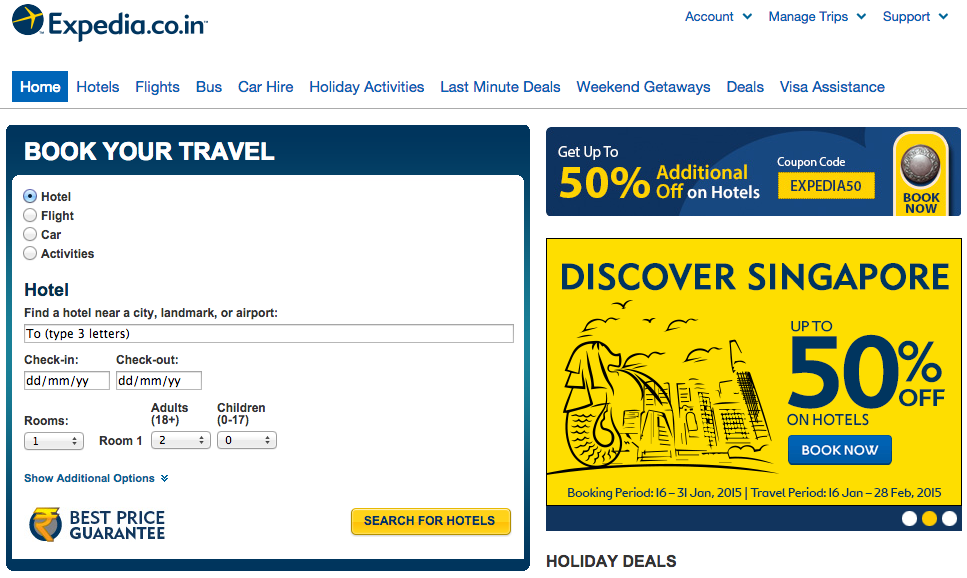 This transaction will provide benefit to both Expedia and Travelocity. With this acquisition, Travelocity gets technology powered platforms for Travelocity’s U.S. and Canadian websites along with Expedia’s hotel supply and customer service programs. Expedia in return gets the additional web traffic.

“Travelocity is one of the most recognized travel brands in North America, offering thousands of travel destinations to more than 20 million travellers per month. Evolving this relationship strengthens the Expedia Inc family’s ability to continue to innovate and deliver the very best travel experiences to the widest set of travelers, all over the world,” Expedia Inc’s CEO Dara Khosrowshahi said in a news release.

Analysts assume that this transaction won’t affect the operations and provision of services to them. Tom Klein, Sabre president and CEO was spotted saying,  “We have had a long and fruitful partnership with Expedia, most recently by partnering to strengthen the Travelocity business, so our decision to divest Travelocity is a logical next step for us both.”

Expedia is an online platform which lets you book airline tickets, hotel reservations, car rentals, cruises, vacation packages and various attractions and services via the World Wide Web and telephone travel agents. Launched in 1996 by Microsoft it has a come a long way since then.