Exclusive: Zilingo Board To Meet On Monday, Company Liquidation Likely To Follow 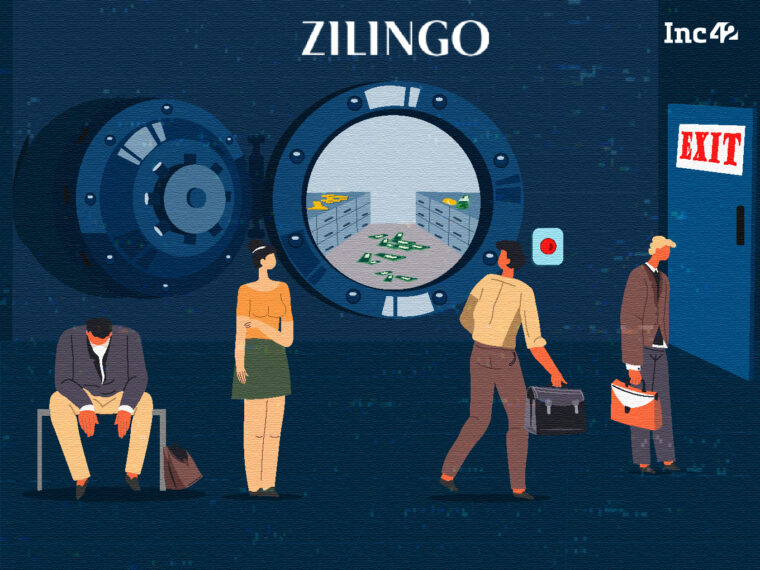 Troubled B2B fashion e-commerce startup, Zilingo board is likely to discuss company liquidation in a crucial board meeting on Monday :sources

Zilingo investors, creditors is in talks with various buyout firms for liquidating the company

B2B fashion ecommerce platform, Zilingo ‘s board is meeting on Monday, and on the table is the agenda of a likely liquidation of the company, sources privy to the development told Inc42. The company board including the lead investor, Sequoia Capital, have been in talks with various buyout funds based in US, Singapore, for a likely liquidation, sources said.

Buyout funds are a type of private equity fund and are usually only open to wealthy investors.

The move comes amid mounting pressure from Zilingo creditors for $40 Mn debt from VC firms including Varde Partners and Indies Capital in July 2021.

“Varde Partners has set out its intention of liquidating the assets of the company and is arranging for a liquidation. There was also a rift between the Varde Partners and Sequoia on the business operations and the company prospects,” one of the sources quoted above said.

A Zilingo spokesperson told the Inc42, “An independent financial advisor was appointed by the Company which is in the midst of assessing options for the business. More information will be provided in due course.”

Ankiti Bose, the ex CEO of Zilingo, who holds an 8.5% stake in the company, declined to comment on the developments.

Zilingo, which was inching towards unicorn status and in talks to close a $100 Mn – $150 Mn funding round earlier this year, has seen its fortunes dwindle swiftly. Covid hit the revenues of the company pretty hard, and the valuation has dropped by almost 80% to just $200 Mn, as per a second source.

This has naturally impacted Sequoia which invested in the company at a $970 Mn valuation in 2019 during a $227 Mn round where Sequoia alone invested $150 Mn. Sequoia holds 26.2% stake in the B2B fashion marketplace.

“The company hasn’t been doing well on the business front and the piling debt has added to its worries with pressure from creditors. The rift between Bose and Sequoia’s Singh made matters worse,” said the above source.

However, according to unaudited financial reports, a copy of which Inc42 has seen, Zilingo has completely shut its B2C operations — it only contributed 0.5% to the net revenue in FY2021 and is not accounted for in FY2022 projections.

Over the past three financial years (2019-2021), the cumulative loss for the company was over $430 Mn, while the total net income over these years is just $285 Mn. However, the company is claiming positive contribution margins in FY2021 of $4.1 Mn.

As reported earlier, the company has resorted to layoffs across various verticals as a result of the cost-cutting measure, although it hasn’t commented on this.

“It is actually very difficult to find a white knight (or a saviour) for Zilingo at this time. So both creditors and investors of Zilingo will have a very heavy task at hand,” noted one of the sources in the knowledge of the matter.

As reported by Inc42 earlier, a slew of internal discords between the company cofounders, Ankiti Bose and Dhruv Kapoor, as well as disagreements with Sequoia Capital India MD Shailendra Singh, took a worse turn this year which was followed with Bose’s suspension.

Singh and Bose seemed to have fallen out over disagreements on dealing with Zilingo’s cash burn and no clear-cut path to profitability as well as an absence of a proper technology stack. Eventually on March 31, 2022, Zilingo board suspended Bose and ordered an investigation into alleged financial irregularities in the company when Bose was the CEO.

Bose, in turn charged the Zilingo board of being partial and not helping her address the sexual harassment issues at the workplace allegedly faced by her and few women colleagues.

“On April 11th, after her suspension on March 31, Ankiti Bose brought to the board’s attention, for the first time, certain harassment-related issues pertaining to past time periods, which did not include any harassment complaints against investors or their nominees. A top consulting firm was appointed to look into the claims of harassment brought to the Board’s notice by Ms Ankiti Bose,”Zilingo said in a statement

“The investigation has concluded that the company took appropriate action and followed due process to address these complaints that were brought to their notice, contrary to media reports that have suggested that the suspension and investigation into Ankiti Bose were aimed at suppressing the said harassment claims. The Company is deeply pained and disappointed to see the manner in which the board, investors and employees have been constantly attacked through ostensibly leaked and fake information, along with what unfortunately appears to be paid and defamatory social media campaigns throughout the investigation period. This has caused irreparable damage to the Company, the board, employees and investors,” it added.

Since Bose’s suspension, various talks amongst the board members to arrive at a settlement have fallen through, including that of a merger with a Sequoia portfolio company. ”So liquidation is definitely high on the agenda,” a source quoted above said.

Ankiti Bose, a former Sequoia capital investment analyst, cofounded Zilingo in 2015 along with Dhruv Kapoor, who is also the chief technology officer (CTO) at Zilingo. Initially founded as a fashion ecommerce company in 2015, Zilingo later pivoted to a full-stack supply chain platform connecting manufacturers and retailers.

“Over the years, it has evolved into an end-to-end enabler that gives raw material suppliers, fabric mills, manufacturers, wholesalers, distributors, brands and retailers access to commerce, software and services that optimise processes at scale, create cost efficiencies and support sustainable growth. Our sales volume exceeds $1 Bn annually,” as per an earlier Zilingo statement.