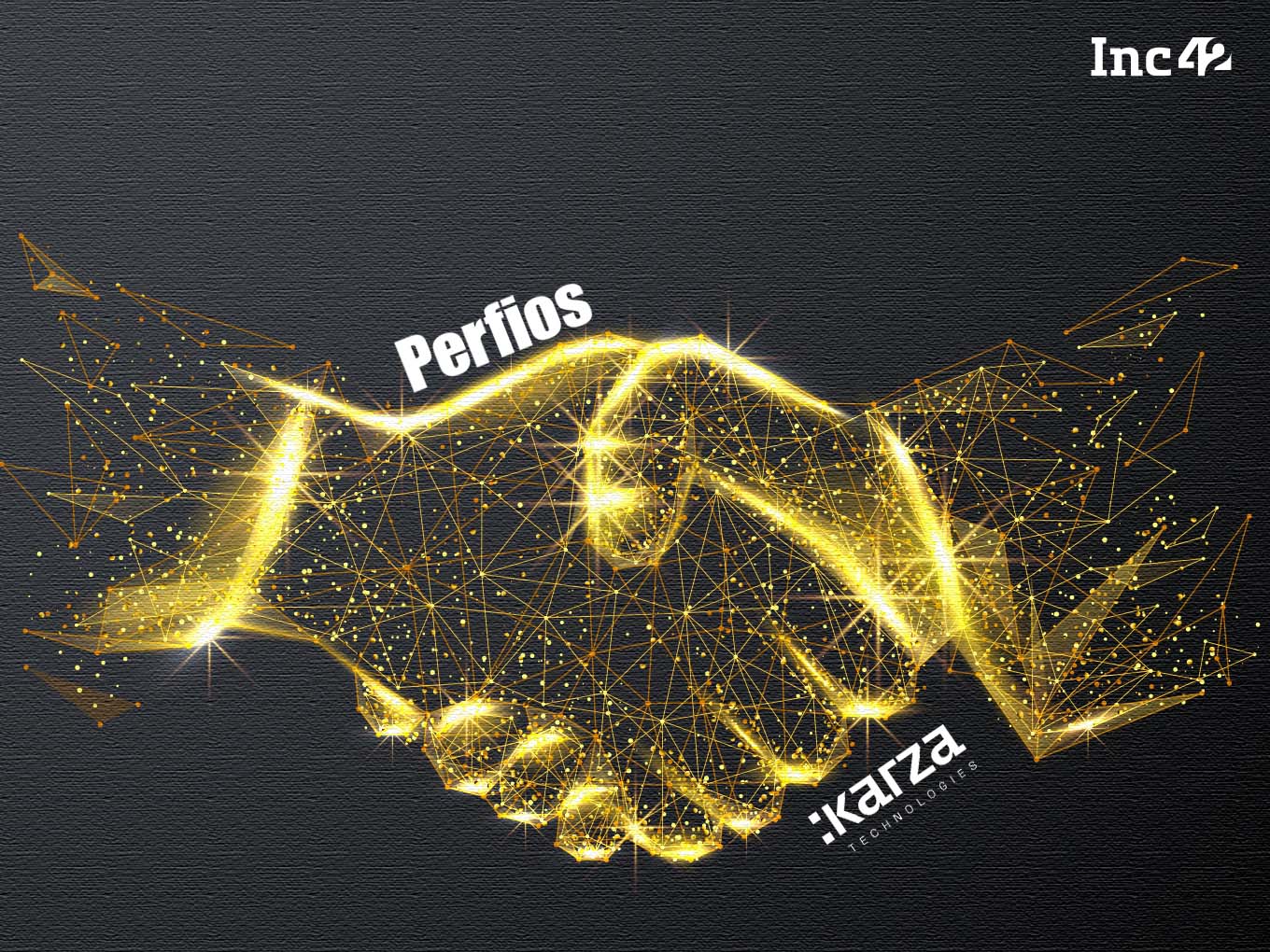 With this acquisition, Karza will also be giving exit to 34 of its investors who hold a total of 8,59,096 equity shares

Fintech startup Perfios is acquiring Karza Technologies for more than $80 Mn in an all-cash deal.

In a meeting held in January this year, the startup decided to acquire 100% of the issued, subscribed and paid up share capital of a risk management startup Karza.

The news comes on the heels of Perfios raising $70 Mn funding.

As part of the deal, Perfios will be acquiring 100% of the issued, subscribed, and the paid up share capital of Karza for INR 554.5 Cr ($73.5 Mn) and additional INR 42.4 Cr ($5.6 Mn)  towards subscription of equity securities of Karza Technologies.

A Karza spokesperson told Inc42 that the deal is in the works but is yet to be finalised. The company said that post the acquisition, Karza’s three founders will continue to run the startup under Perfios’ leadership. Besides, all employees of Karza will remain with the company even after the acquisition.

With this acquisition, all of Karza’s investors who hold a total of 8,59,096 equity shares will exit the company. Karza is backed by Singapore Angel Network, Artha Venture, among others. The founders will also sell their stake in this transaction.

As per its Linkedin page, it has a total of 205 employees. The startup is a Mumbai-based banking and business intelligence solutions provider. Karza claims that its product helps detect frauds, transfer critical data, collect and analyse data for lenders thus providing better insights and assistance in recoveries.

The acquisition of Karza is in line with Perfios’ efforts to strengthen its lending-focussed product offerings. In 2019, Perfios had acquired a Noida-based FintechLabs Technologies which is into the business of providing digital lending software to banks, NBFCs, digital lenders and financial institutions in India and overseas.

It is interesting to note that Perfios had acquired FintechLabs in November 2019, the same month it had announced raising of $50 Mn in its Series B round from Warburg Pincus and Bessemer Venture Partners. Even now, the startup is acquiring Karza when it raised $70 Mn.

The earlier version of the story had credited Perfios as a unicorn. The same has been edited. We apologise for any confusion it may have caused for our readers.