The court asks representatives of Youtube, Google, and Facebook to be present at the next hearing scheduled on August 23 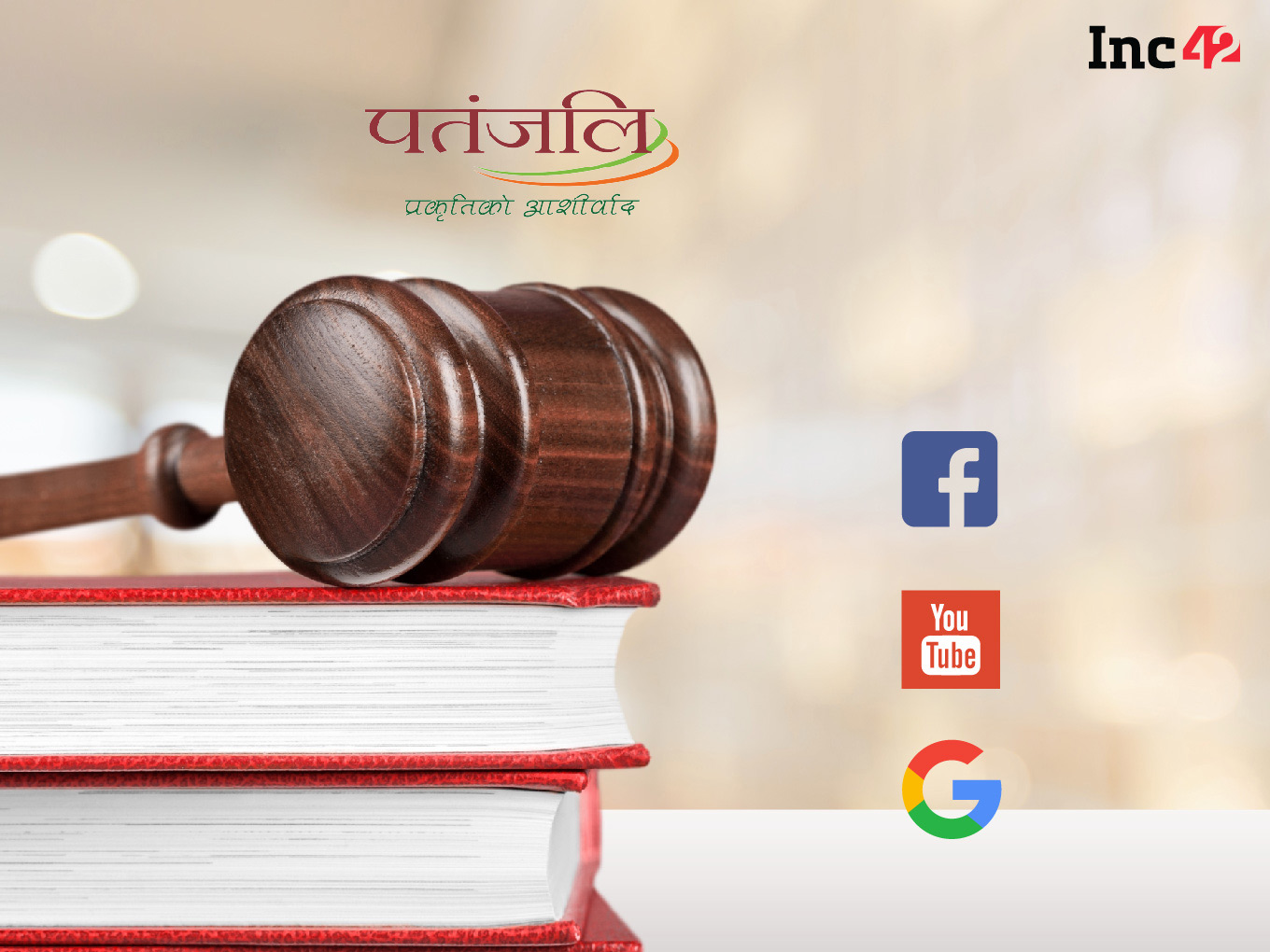 The Delhi high court has asked Google, Facebook, and YouTube to take down the alleged defamatory content posted on these social media platforms relating to Baba Ramdev’s billion-dollar ayurvedic products company — Patanjali Ayurved Ltd. The latter had filed a complaint saying it found certain videos on these platforms to be slanderous.

The contentious content is alleged to have been posted by an ex-employee of Divya Pharmacy, which is a unit of Patanjali. The complaint alleges that the ex-employee posted such content to defame the company. The interim injunction by the Delhi HC was delivered on Friday, according to the copy of the order accessed by Inc42.

“The court found the video to be prima facie defamatory and granted the injunction. It has asked the person concerned and the parties to take down the content,” said Simranjeet Singh, who is part of Patanjali’s legal counsel.

Facebook, Google, and Patanjali were not immediately available for comment. We will update the story as and when we hear from them.

According to the copy of the order, the legal counsel representing Patanjali have also told the court that these social media platforms should have a “fair mechanism” to remove defamatory content and that asking the “victim” to seek the court’s intervention is unreasonable, as it leads to heavy litigation cost and does “immeasurable” damage during the time spent seeking redressal from the court.

The counsel also told the court that if social media companies can’t stop users from posting videos that contain defamatory content, then they should be prohibited from uploading videos altogether.

The Delhi High Court, while passing the interim order, has asked representatives of Facebook, Google, and YouTube to be present in the court for the next hearing scheduled on August 23.

The court has also asked the ex-employee of Divya Pharmacy not to give any interviews or post anything pertaining to the case on social media.

Chapter XXI of the Indian Penal Code deals with defamation in India. Section 499 of the IPC states that a person who uses some words spoken or intended to be read, by signs or visible representation to make or publish any imputation about a person in order to harm their reputation is guilty of defamation in India.

This is not the first time that Patanjali has crossed swords with social media companies. In March, the Delhi high court directed social media sites to take down a video blog which allegedly contained disparaging content on the ‘atta‘ made and marketed by Patanjali Ayurved.