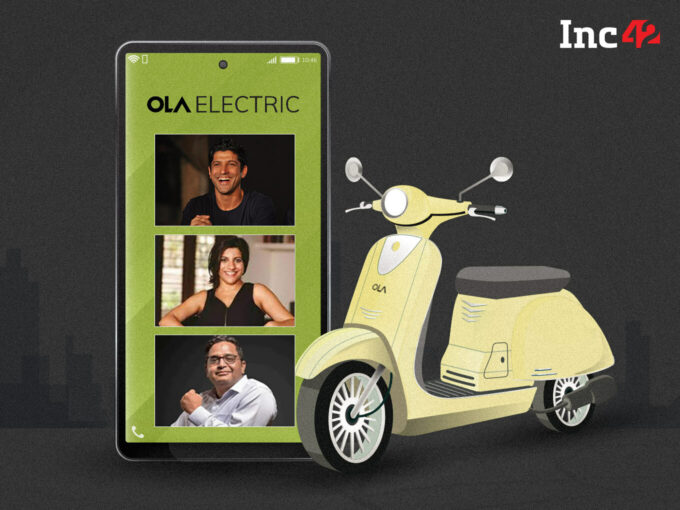 The development comes two months after media reported that Ola Electric is raising $200 Mn in a fresh round of funding from existing investors and some US-based bluechip tech funds, taking the startup’s valuation to $5 Bn, up from $3 Bn — a jump of over 60%.

In September, Ola Electric had mopped up $200 Mn from Falcon Edge, Japan’s SoftBank, and other existing investors. Ola Electric had said that the fundraise would help it to continue development of other vehicle platforms, including electric motorbikes, mass-market and electric cars.

Founded in 2017, Ola Electric entered the celebrated unicorn club within two years of its launch after it raised $250 Mn from Masayoshi Son-led SoftBank. The EV unicorn has raised a little more than $500 Mn to date.

Ola Electric launched its two e-scooter S1 and S1 Pro in August this year. The EV unicorn had initially scheduled the live sale on September 8, 2021 but later delayed it to September 15, 2021 due to technical glitch.

The startup has also delayed its delivery of the e scooters for the second time.

The first batch of deliveries is slated to begin between December 15 and December 30, instead of the earlier expected October 25 to November 25 timeline.

Ola Electric pits against the likes of Bengaluru-based Ather, Bounce’s Infitinty, Simple Energy, among others.